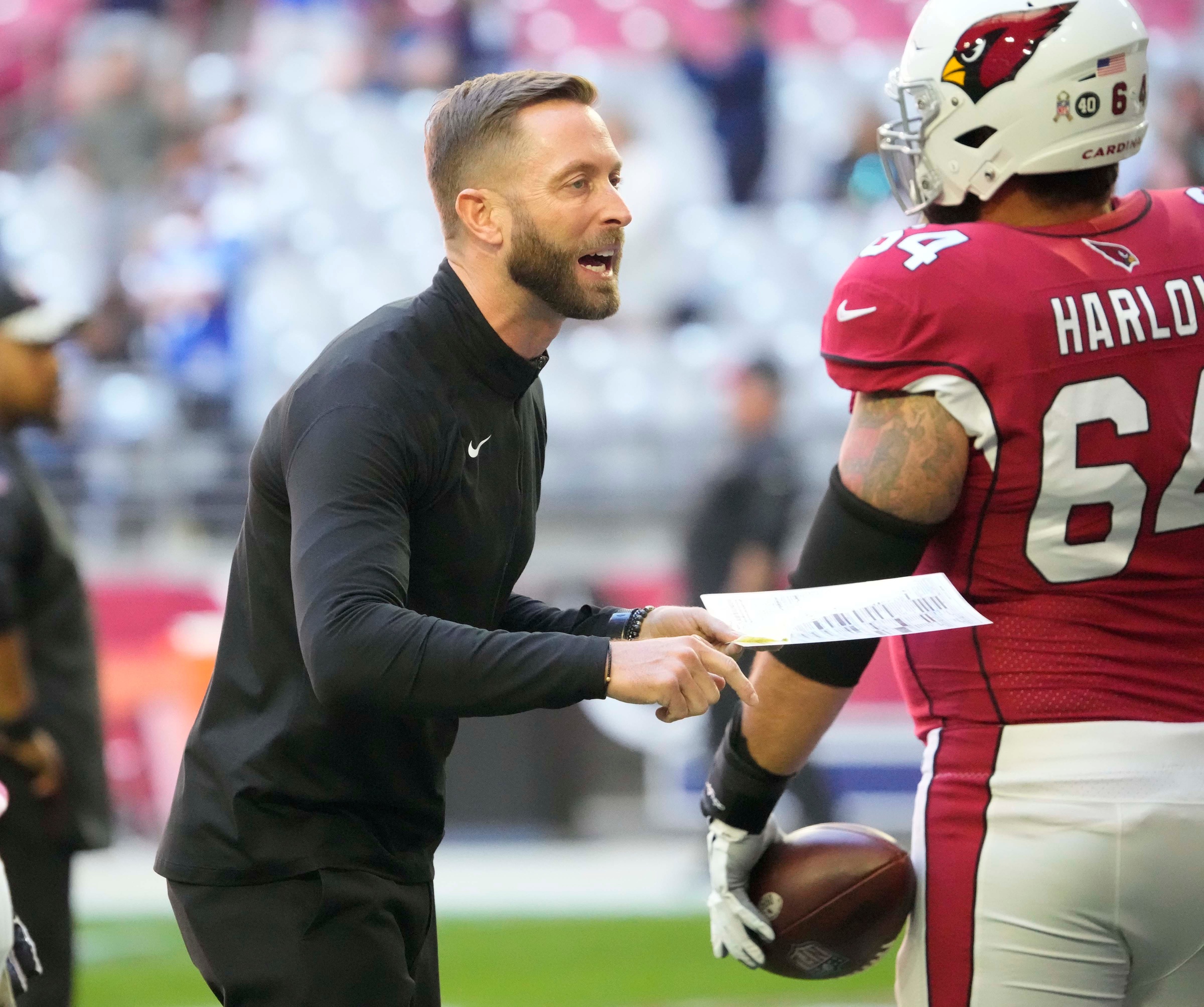 There was no excuse left for Kliff Kingsbury and the Arizona Cardinals on Sunday. Once again, the timeline of a deflating Cardinals’ loss repeated itself against the Seattle Seahawks.

To make matters worse for Arizona, this Seattle squad seemed beatable at times during Week 9. Given the cringiness of the Cardinals’ offense, fans are once again stirring up the “Fire Kliff” pot for Kingsbury.

Such was evident as fans let their emotions spill out on Twitter.

That should be the last time Kliff Kingsbury is on the sidelines as the head coach of the Arizona Cardinals.

Kliff Kingsbury needs to be fired….The #AZcardinals have too much talent to be this undisciplined AND have this kinda record #Seahawks

The #Cardinals gotta get rid of Kliff Kingsbury. He’s going to waste Kyler Murray’s career if he stays as the HC in Arizona.

It was the typical outing for the Cards, one that consisted of the defense carrying the offense to the end of its stamina before giving in. As many fans and commentators have noted, the offense is actually comprised of star-level talent that hasn’t been organized to its potential.

The question may start to evolve simply into how much longer Arizona will keep Kingsbury versus if they would let him go this season. At one point, Kingsbury was willing to relinquish his play-calling duties, which hasn’t transpired yet.

Make no mistake, Kingsbury isn’t the sole reason for the Cards demise thus far. But if the front office wanted to weed out the more worrisome issues, he’s at the top of the list.

Week 9 presented a graspable win for Arizona, yet due to a stagnant offense that has been saved by the defense, the Cardinals fell 31-21. Now, the Cardinals will plod into Week 10 against the Los Angeles Rams.

Simply put, a bye week can’t happen fast enough for the Cardinals. They have an ample amount of concerns to run through.