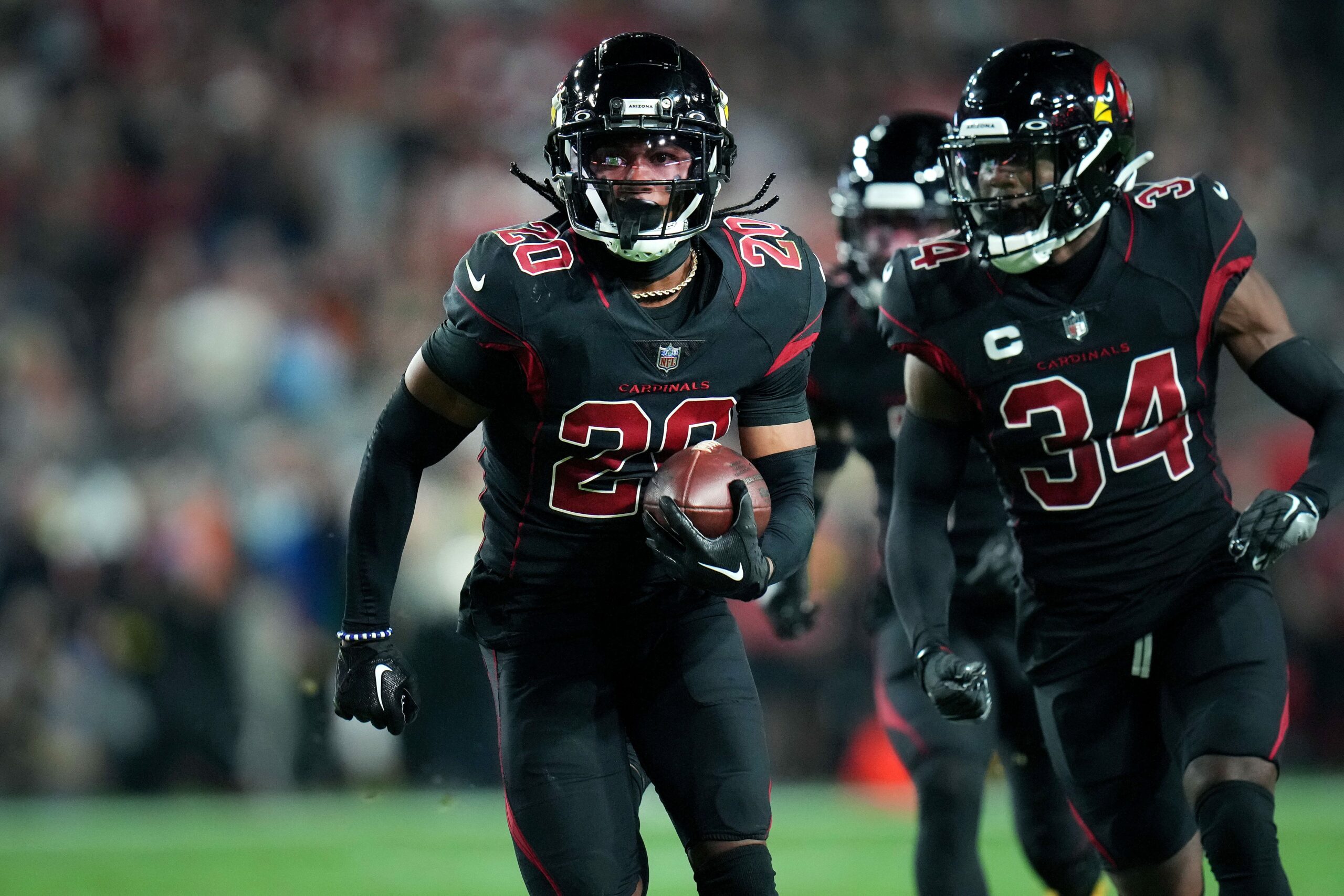 After recording his first career interception and flipping into the endzone, Marco Wilson earned the NFC Defensive Player of the Week award.

Along with the 38-yard touchdown return, Wilson finished with two pass deflections and three tackles on Thursday night.

But this clip may have single-handedly won the award as people cannot stop talking about Wilson’s athleticism.

Sorry, what happened after Marco Wilson's pick-six? I've been watching this flip for 10 minutes straight. pic.twitter.com/O2qFI2RIC2

The Arizona Cardinals drafted Marco Wilson in the 4th round of the 2021 draft. HC Kliff Kingsbury has spoken highly of the 23-year-old.

At the beginning of the season, CB Antonion Hamilton won the starting position over Wilson. However, since then, Marco Wilson has played at least 75% of the defensive snaps in every week this season.

Kingsbury was extremely pleased with how Wilson handled the competition at the cornerback position.

“He [Wilson] really dialed back in… Our coaches were up front with him about what he needed to do.”