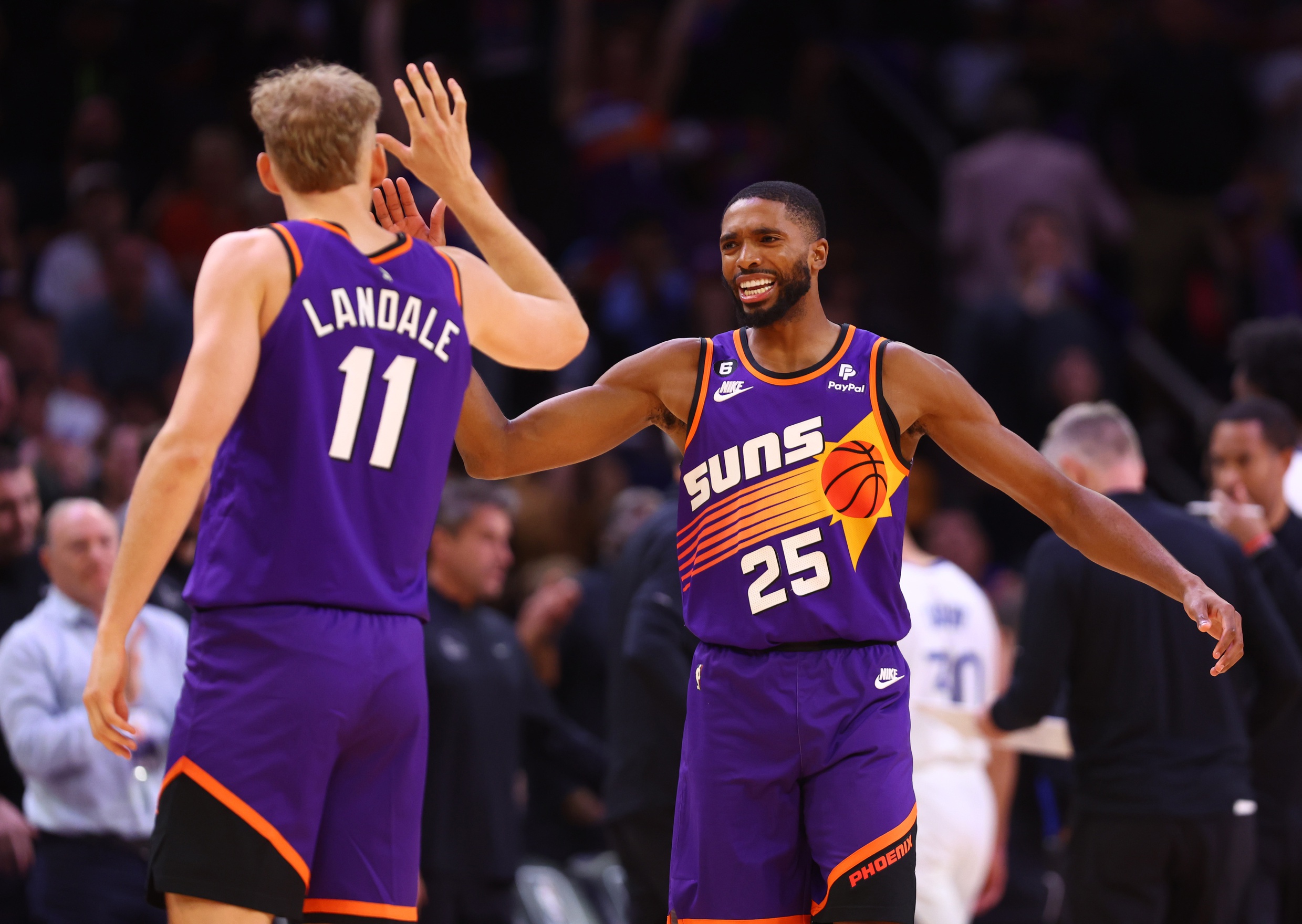 The Phoenix Suns donned their throwback “Sunburst” uniforms against the Golden State Warriors on Tuesday. The vintage jersey received praise from around the league when Phoenix unveiled them this summer.

However, one NBA player/fashion standout let Twitter know how he felt about the Suns’ jerseys. Washington Wizards forward Kyle Kuzma, who’s known for his pregame outfits, credited the Suns for choosing the Sunburst jerseys.

Those suns jerseys are so beautiful

His opinion was highly reflected amongst fans who shared in his beliefs on Twitter. Given the Suns’ turnout against the Warriors, the throwback jerseys could be a good luck charm.

Phoenix was able to close out Golden State on Tuesday in a performance that left most fans in awe. From every aspect of the game, the Suns showed complete control through the Warriors’ attempts to cut back into the contest.

Along with an impressive showcase from the team, Devin Booker stood out as he continues to put the league on notice early in the season. The three-time All-Star put up 34 points, shooting 10-of-19 from the field. He also dished out seven assists while grabbing three steals.

The Suns improved to 3-1 after outlasting the defending champions. Aside from dropping a close contest to the Portland Trail Blazers, the Suns have looked like a contending team.

Next up for Phoenix will be the New Orleans Pelicans on Thursday. New Orleans has looked determined through its first four games as well, knocking off opponents such as the Brooklyn Nets and Dallas Mavericks.