Eno Benjamin Speaks on His 7th Round Draft Title 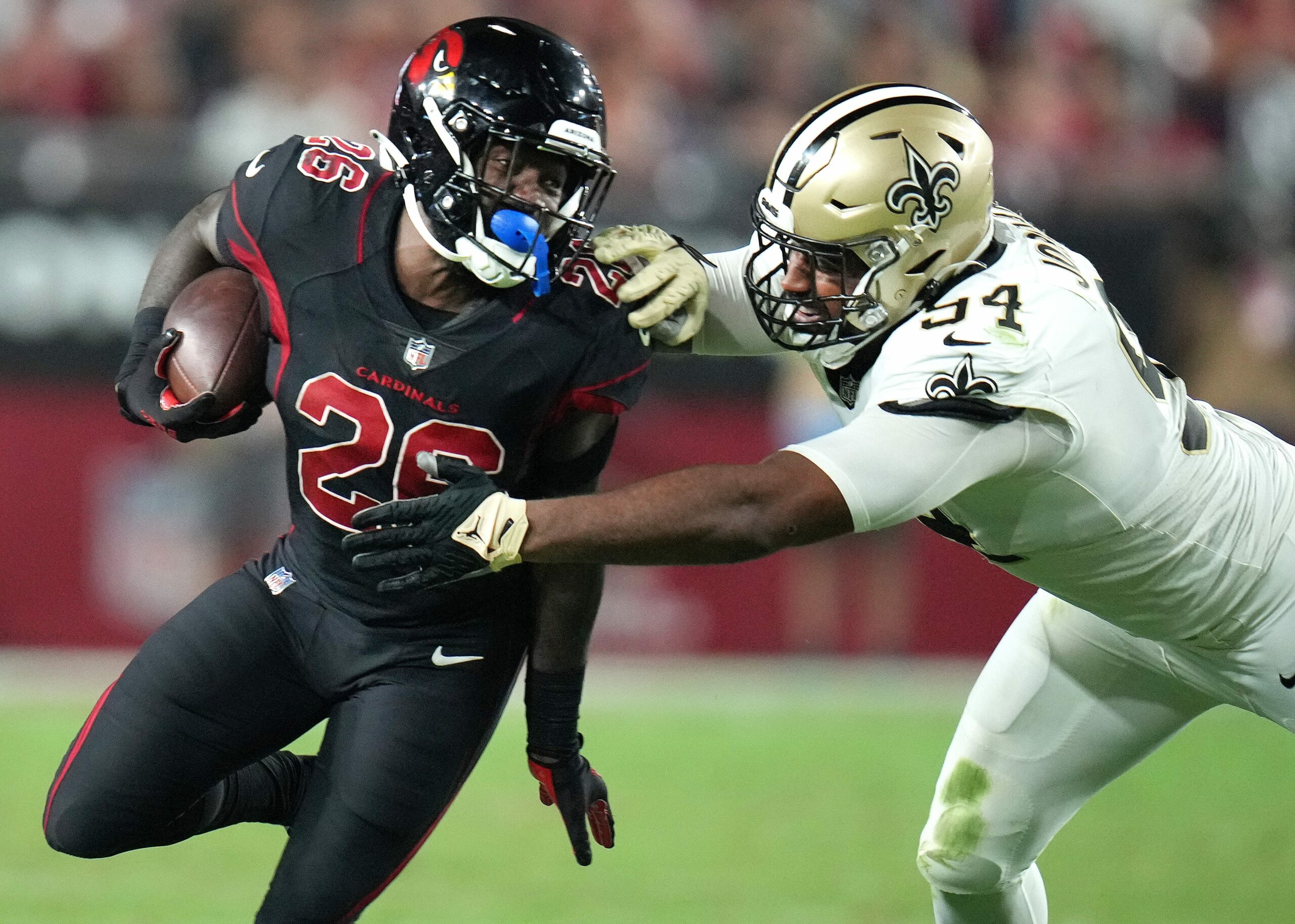 The Cardinals got a steal in the 2020 NFL draft. With the 222nd overall pick, Arizona selected RB Eno Benjamin out of Arizona State University.

Entering the draft, Benjamin was listed as a “system player” and was ranked 9th out of all running backs in the 2020 class by the NFL. However, Eno was the 15th RB selected and it was not until the 7th round that a team gave him a chance.

When asked, Benjamin denies that his draft selection adds any motivation via @PaulCalvisi.

“I don’t feel there were that many RB’s taken before me that were better.”

The 23-year-old also insisted that he is ready for whatever the Cardinals throw at him,

Cardinals RB Eno Benjamin stays at the ready for whatever his team asks of him.

As James Conner and Darrel Williams deal with injuries, Eno Benjamin has had the perfect opportunity to prove himself.

And that is exactly what he did last week against the New Orleans Saints. Benjamin ran for a career high 92 yards, caught four passes, and scored a touchdown to help the Cardinals secure a win on Thursday night.