Suns Deandre Ayton and Monty Williams Are on Good Terms: “Nothing Has Changed To Be Honest” 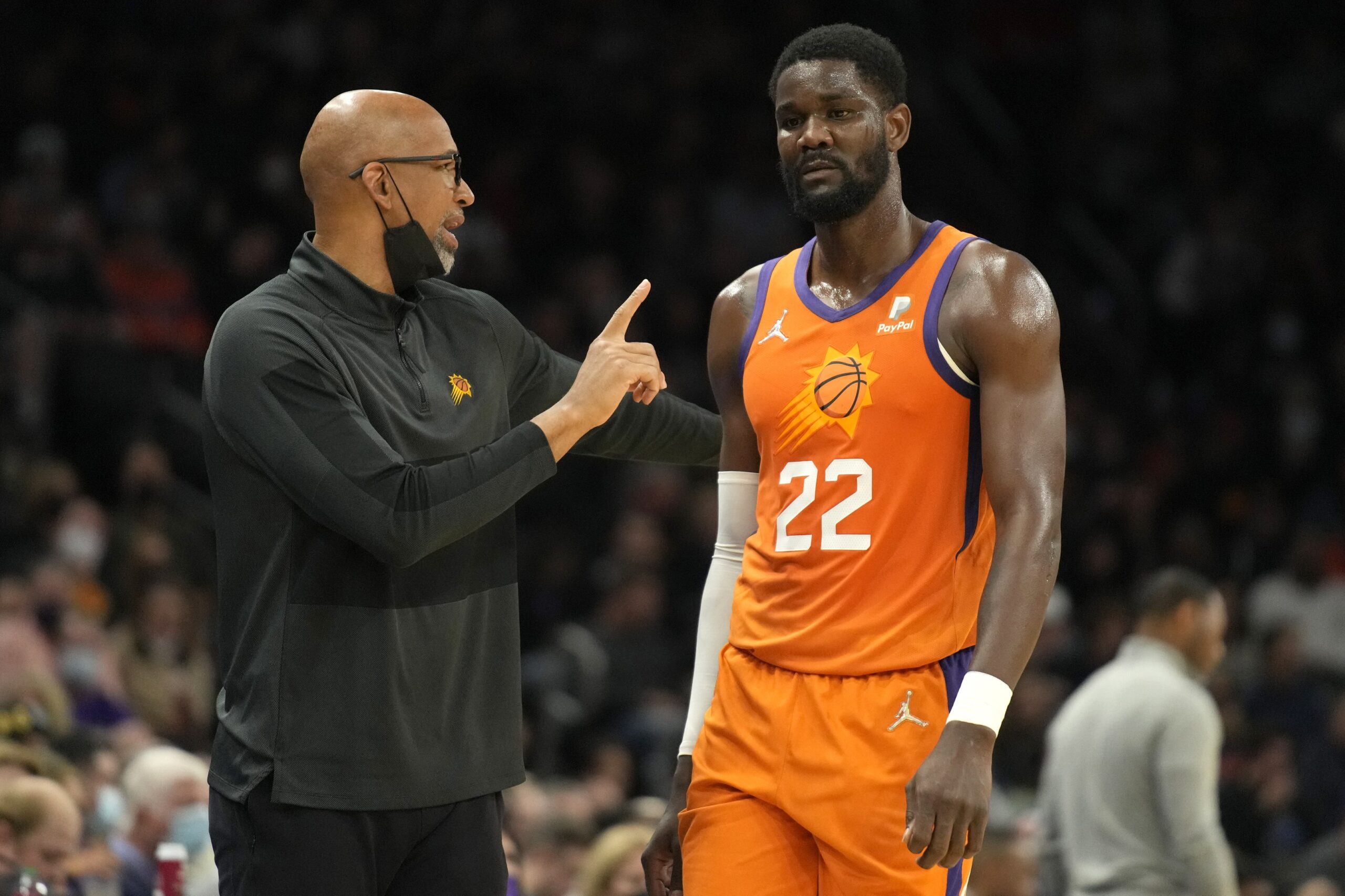 Everything appears to be spick and span between Phoenix Suns head coach Monty Williams and star player Deandre Ayton as the two have spoken for some time now since the offseason drama around the star center. According to Arizona Republic Duane Rankin, Ayton told her that both he and Williams are committed to one another as regular season play is just around the corner.

“At the end of the day, it’s like we’re trying to contribute to a win”, says Ayton to Rankin. “Everything is back to normal. Nothing has changed, to be honest. Yeah, I may have come to media day just bland, but I wasn’t trying to give nobody no damn story or nothing. But it flipped on me. So I can’t really say nothing. Just let everybody run away with it.”

There was a lot of discourse last season with Ayton’s minutes going down in last year’s playoffs and with Williams and Ayton having a verbal dispute which led to him being benched in the second half of a 33 point loss to the Dallas Mavericks. All this allowed a trickle-down effect and the media ran away with the story that Williams and Ayton weren’t getting along, especially with Ayton not being under contract for the 2022-23 season.

It got even worse when Ayton agreed to a $133 million dollar deal to go to the Pacers before the Sun’s matched the offer to keep him with the team. Earlier in training camp, Suns coach Monty Williams played down the silence between him and Ayton over the offseason. “As I said earlier this summer they needed a break from me, the gym… I haven’t talked to a lot of guys.”

It’s felt like a long month thus far and the opening tip-off can’t come fast enough for the Suns. Outside of all the noise this offseason, the facts are the Suns got a core of Chris Paul, Devin Booker, Mikal Bridges and Deandre Ayton coming back in hopes to get the squad on another deep playoff run only time will tell but that’s a good starting point to begin the season off right. Ayton has been working his butt off to get back to championship-level basketball with this squad.

“All I know is we’ve been in here working,” says Ayton. “We’ve been battling each other, beating up each other in training camp. Coach has been loving it.” And this is the kind of camaraderie that will most definitely put the noise to rest for now.