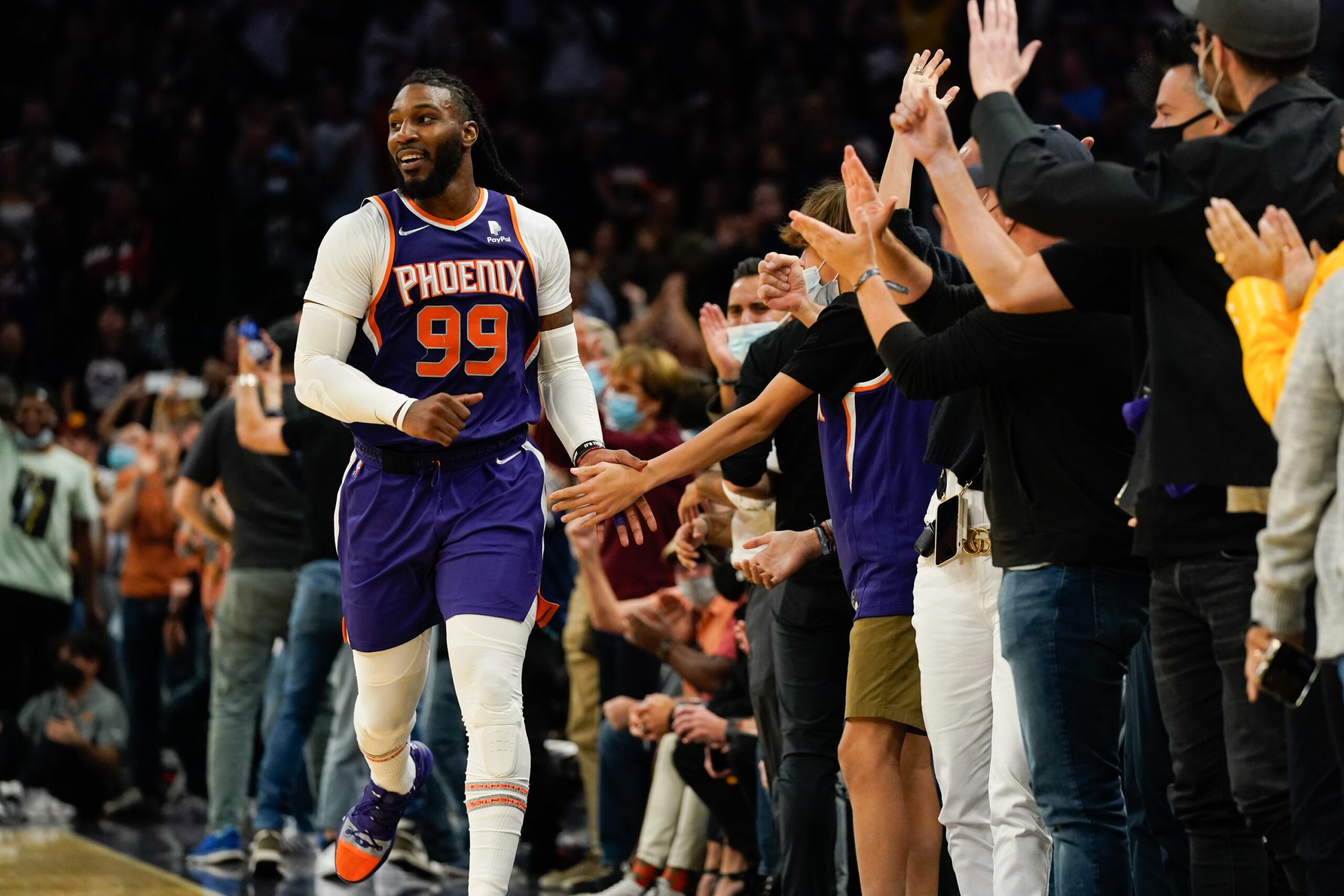 Reports are coming around league circles that the Atlanta Hawks are interested in Phoenix Suns power forward Jae Crowder per Shams Charania.

According to Shams, the Hawks and Suns have had talks for “recent weeks and months” about a potential trade that can send the NBA vet to Atlanta and pair with the Hawks’s new big three in Trae Young, John Collins, and newly acquired acquisition Dejountae Murray.

Crowder has been on the Suns for the last two seasons and has averaged 9.7 points, 5 rebounds, and 2 assists to go along with 1.1 steals per pro basketball reference. He’s been one of the key pieces in helping establish a true identity on defense along with a winning culture that has propelled the Suns to get back to championship contention.

Shams also reports that Crowder has been away from the team all offseason as his camp and the Sun’s workout a potential deal to have him play somewhere else in the foreseeable future.

As the Hawks are interested in Crowder and have been for some time, I wouldn’t be surprised if the Suns were interested in a guard like Bogdan Bogdanovic to come off the bench and anchor the second unit behind Chris Paul and Devin Booker.

With coach Monty Williams already stating that Cameron Johnson is moving forward as the starting power forward, the Suns are looking to go in a new direction in hopes to keep their winning culture around for years to come.

Justin Pugh Backs Up Matt Ammendola
Suns Deandre Ayton and Monty Williams Are on Good Terms: “Nothing Has Changed To Be Honest”