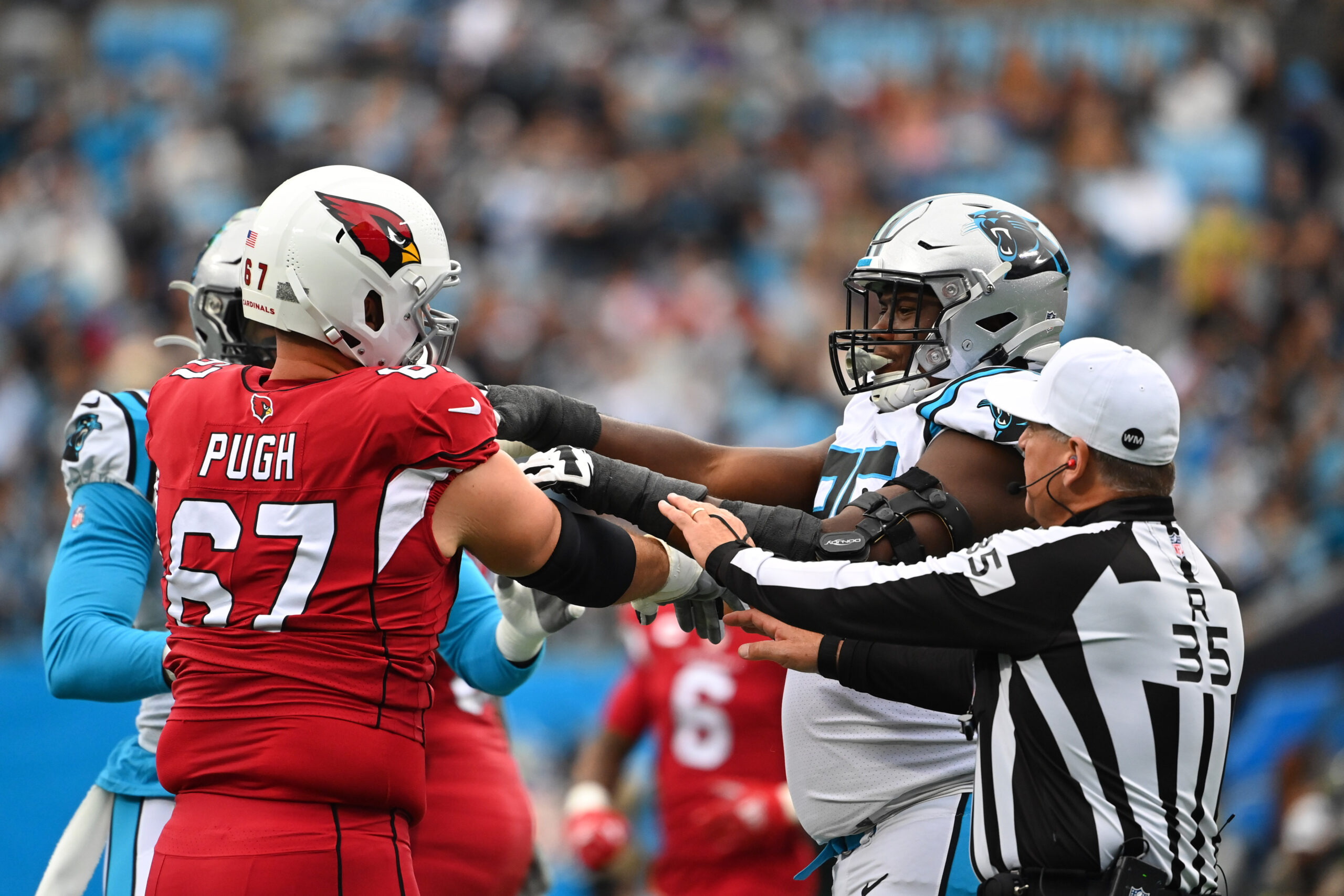 The Arizona Cardinals finished Week 5 by losing in heartbreaking fashion. With time winding down, Matt Ammendola missed a 43-yard field goal which would have sent the game into overtime. Fans hammered down on the kicker blaming him entirely on the loss, however, OT Justin Pugh had Ammendola’s back.

Pugh wanted to make sure it was clear that the missed field goal was not the only play that cost the Cardinals the game.

"It's not one fucking guy. Keep your fucking head up." pic.twitter.com/cXB577dRaj

Matt Ammendola was just recently called up for this past weekend because of Matt Prater’s injury. At only 25 years old, one can understand the immense pressure Ammendola was facing in the situation.

Not to mention, Pugh is right, and it is great to see him back up his teammate. There were plenty of miscues on offense that led to the 43-yard kick in the first place. Yes, it was a field goal that should have been made, but there were plenty of other reasons why the Cardinals lost the game.