Cardinals Eagles Comes Down to the Wire 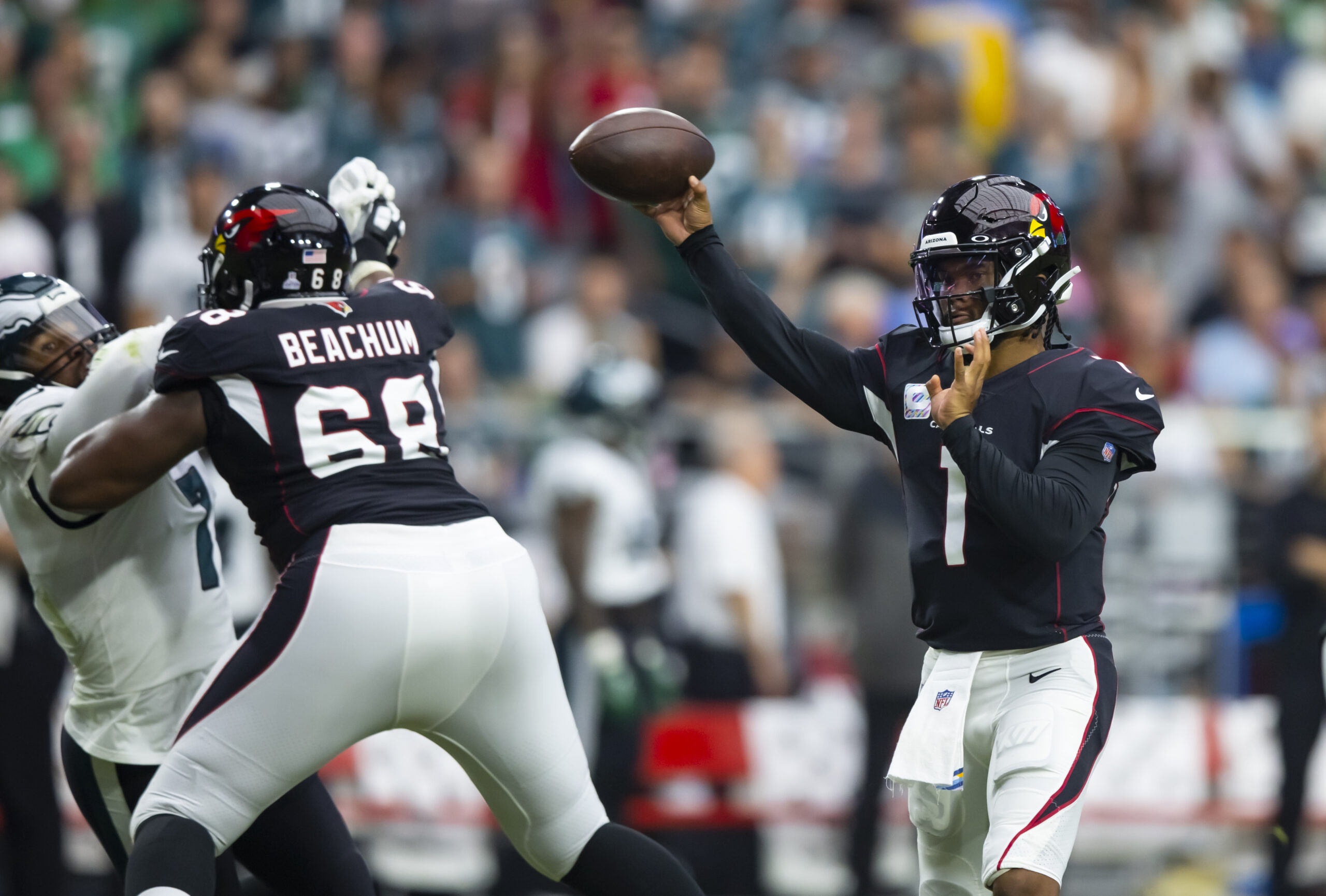 The Philadelphia Eagles came into this game against the Arizona Cardinals 4-0. As they enter Arizona, 58% of bettors have their money backing the Eagles. Will they leave Arizona still undefeated? Kyler Murray showed up in style as he looks to give Jalen Hurts and the Eagles their first loss of the season.

After the Cardinals punt on their first drive, the Eagles march the football down the field on an efficient drive. Capped off by a Jalen Hurts one yard run for a touchdown.

The Cardinals went down by 14 points quick in this game as Philadelphia held a 14-0 lead with 10 minutes remaining in the first half.

All season long when Murray and this Cardinals team is counted out, they find a way to battle back. After a six play drive covering 57 yards the Cardinals get on the board with a 25 yard touchdown pass to Hollywood Brown. Cutting the lead in half, 14-7.

Five plays later the Eagles were forced to punt the ball, leaving three minutes and 22 seconds on the clock for Kyler and the Cardinals offense.

On 4th and 4 from their on 28 yard line the tricky Arizona Cardinals took a gamble. They ran a fake punt; direct snap to Williams who ran for 7 yards picking up the first down. Those tricky Cardinals!

They then marched down the field to kick a field goal to end the half and give them some momentum going into the second half.

On the first drive of the second half the Philadelphia Eagles drove the ball down into field goal range. Cameron Dicker then made a 42 yard kick to extend the lead to a touchdown, 17-10.

The rest of the third quarter was a quiet one, a number of drives for both teams ending in punts. Going into the fourth quarter according to ESPN’s app the Eagles had a 80.8% chance to win.

Kyler Murray promptly opened the fourth quarter with a 90 yard drive on 12 plays. Tying the game on an Eno Benjamin 11 yard touchdown run off of the left tackle.

The Eagles used up 7 minutes of that clock. At the two minute warning they had the ball in the red zone after 14 plays of 87 yards.

The Cardinals after a first down stop called their first timeout and look to keep Philadelphia out of the end zone. If the Cardinals can hold the Eagles to a field goal here while also leaving around a minute and a half on the clock. Kyler Murray will have a chance for a game winning drive, which he is becoming famous for in his young career.

So you’re saying there’s a chance? Kyler Murray looks focused as he throws a few warm up pitches on the sideline, mentally preparing for the final drive.

Kyler Murray started off the drive with 2 quick plays gaining 17 yards combined. A false start put a hamper in the momentum momentarily.

A huge 3rd and 8 around midfield, Murray hits Zach Ertz over the middle of the field for 11 yards and a first down.

With 22 seconds left the Cardinals face a tough decision at the 25 yard line on 4th and 1. Go for it or attempt a game tying field goal from about 40 yards out?

The 43 yard field goal to tie the game by Cardinals kicker Matt Ammendola is NO GOOD! Ammendola was added to the team after Matt Prater was reported as out in the injury report on Friday.

Jalen Hurts kneels out the clock giving the Eagles a 3 point victory and remaining undefeated.