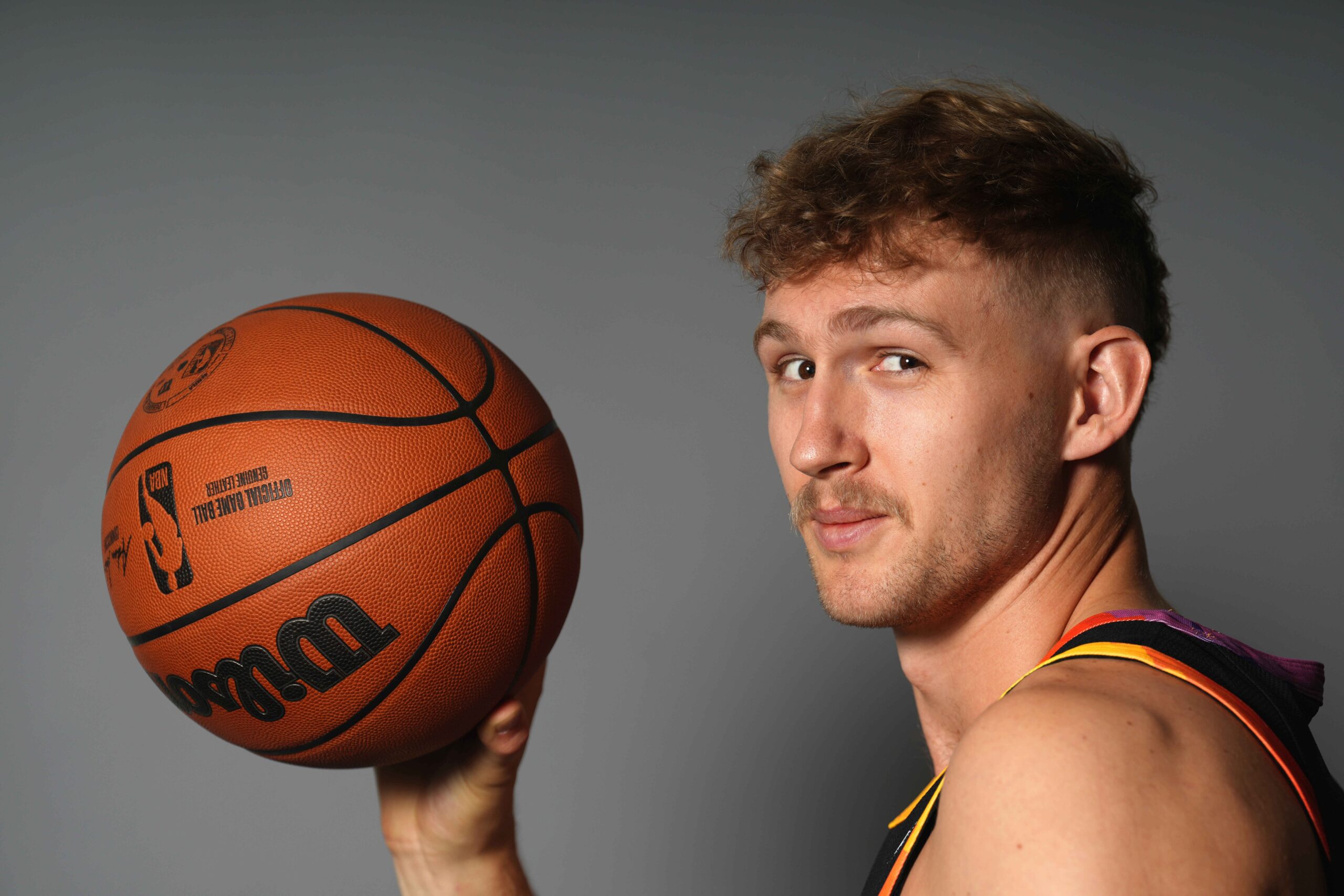 Jock Landale has been a huge bright spot for the Phoenix Suns so far this offseason. Sunday night’s loss to the Adelaide 36ers obviously took a lot of the news in Phoenix with a 134-124 upset in a preseason scrimmage to begin their 2022-23 season play. However, one thing that was noted heavily going into the game, was how will the Sun’s new bench depth be handled throughout the preseason and which players will head coach Monty Williams plug in and out on the court.

There wasn’t anything to tell from the game on Sunday night as the starters were with the starters and the reserves were with the reserves. But the first backup center to spell for Deandre Ayton when he went to the bench was a bit of a surprise as newly acquired trade acquisition Landale took the role coming off the bench. Landale a former NBL player is a 26-year-old second-year NBA player. He is looking to become a vital piece off the bench for the Suns. He brings incredible height at 6’11 and weighs 255 pounds and has a lot of experience in the scheme that Monty Williams runs as it’s a similar style of play to what Jock Landale ran in San Antonio last year for head coach Gregg Popovich.

Landale’s feel for the game showed up in a mighty way this past Sunday against the 36ers. As he dropped 12 points off the bench to go along with 6 rebounds. His feel in the paint along with his ability to shoot perimeter shots should match up well with a guy like Dario Saric who is coming back from an ACL injury that he suffered in game 1 of the 2020-21 Finals. He answered back with a strong performance on Wednesday night against the Los Angeles Lakers. He finished with 14 points, 7 rebounds, 2 assists, and 1 block.

Jock Landale had a solid game against a familiar foe, with 12 points for the @suns #NBAxNBL pic.twitter.com/vKJD7FCw1H

With Javale McGee signing with the Dallas Mavericks over the summer and Bismack Biyombo only playing three minutes on Sunday night, this may provide a huge opportunity for increased minutes for Landale coming up in the future. Landale’s ability to stretch the floor while giving the Suns quality looks to shoot threes and jumpers is a big advantage, especially in today’s NBA. Jock Landale averages 32.9% from three in his career while shooting 82.9% from the free throw line. Biyomobo gives the Suns quality defense on the bench but Landale can be that backup center the Suns have been missing. Especially with his ability to shoot perimeter shots and play off of pick and roll.

Phoenix Suns and an Unsettled Bench

Landale has said he’s learned a lot about different ways to play in this offense with Chris Paul and Devin Booker hogging all the attention away from defenders. “He makes the game so much easier for me,” Landale said about scrimmaging with Devin Booker in practice on Saturday. “There’s so much attention pushed his way so all I was really doing was kind of making reads based off of what I saw in those coverages that they were throwing at him and I think that’s what we’re going to see a lot this year with him and CP (Chris Paul) is teams are going to kind of scout them out a whole bunch and for me, it will just be reading those schemes thrown at them.”

Landale has a huge opportunity to secure a big spot in the lineup this year. Also he’ll have another opportunity to provide that to the coaching staff as the Suns play the Denver Nuggets for their third preseason game on Monday, October 10 at 6 PM.