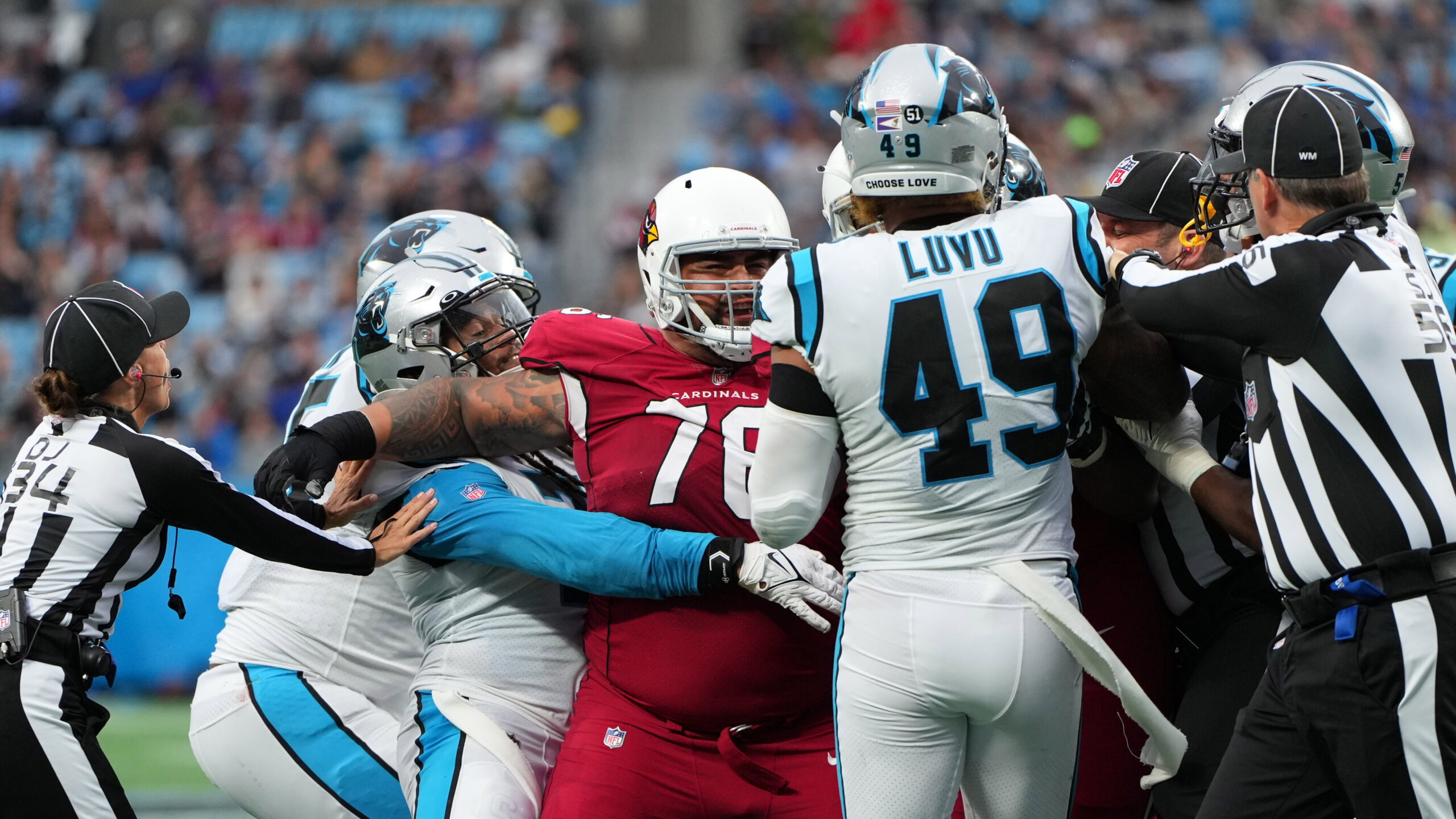 The NFL on Saturday announced a $10,609 fine for Panthers’ LB Frankie Luvu. The fine came after Luvu was flagged for an unnecessary roughness penalty in last week’s game.

Following Luvus’ penalty, Arizona Cardinals G, Will Hernandez, was ejected from the game due to making contact with an official. However, Hernandez escaped any fines and will be back on the field this weekend.

Will Hernandez was ejected for this. Come on…pic.twitter.com/lJJLkd17VI

Hernandez has stated he does not regret his actions.

“I take it personally. That’s my boy, that’s my teammate. I’m not going to just sit there and let it happen. Now when it comes to me getting ejected from the game, you guys know how I am. I went over there to get my teammate, bumped into the ref unintentionally, things happened the way it happened. Can’t control it, can’t do anything. As bad as I wanted to stay in there with the guys and finish the game, couldn’t have done anything about it”