Phoenix Suns and an Unsettled Bench 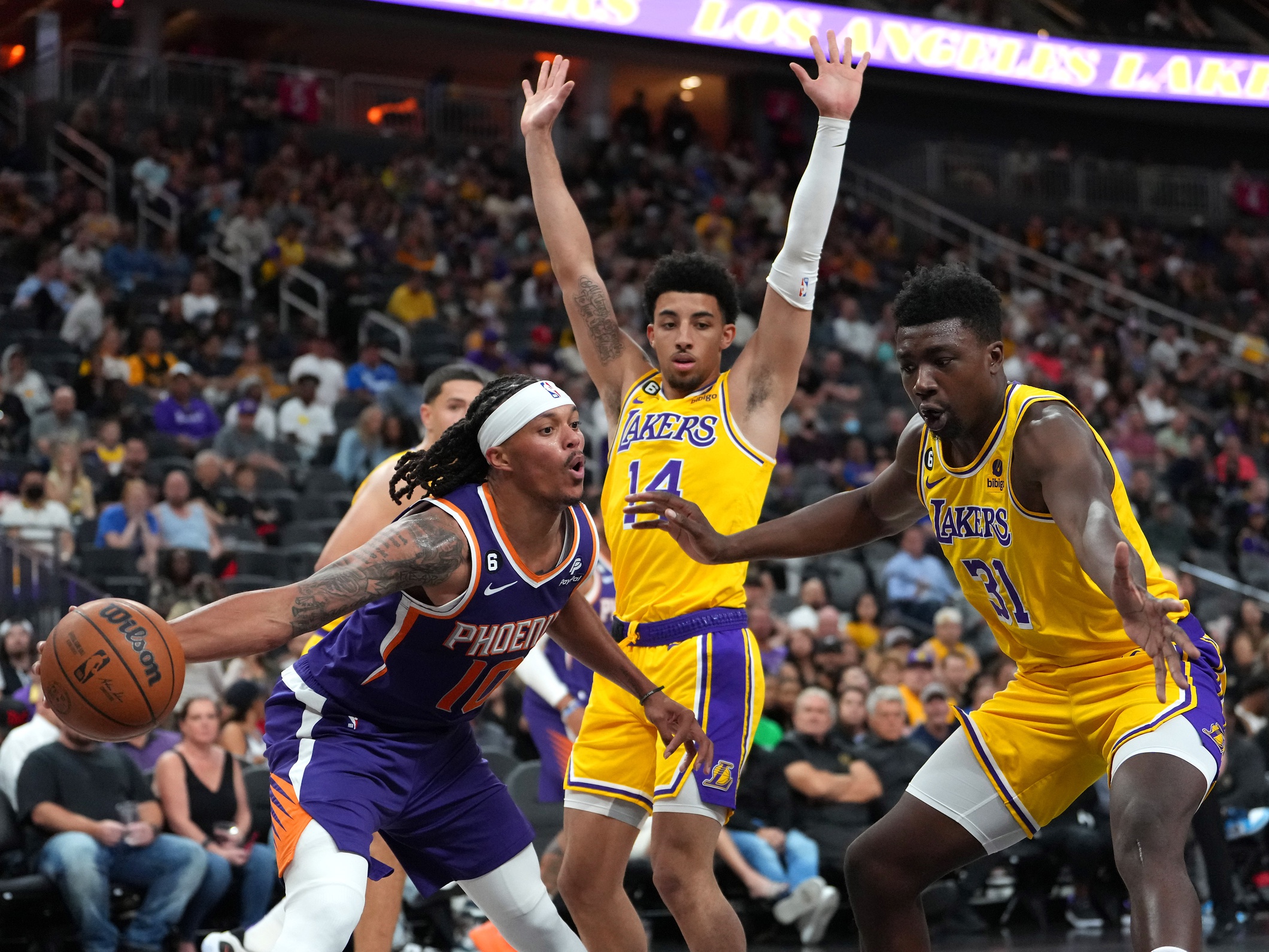 The Phoenix Suns showed the days of last season on Wednesday night against the Los Angeles Lakers. What a talented starting lineup could create, a bench unit couldn’t replicate, let alone maintain.

Even more, the Suns’ starting unit didn’t have its best night out. With a bench that has a long way to go of achieving an identity, much of what will be seen this season may depend on the momentum imposed by the starters.

The bench did show more promise against the Lakers than that against the Adelaide 36ers. The first three quarters of the game on Wednesday sung the same familiar tune of a cluelessness that led to reckless mistakes. Those beliefs plunged into darkness after Cameron Payne injured his finger earlier in the game.

Yet somehow, Phoenix was able to stiffen the Lakers’ overwhelming run, and it wasn’t achieved with any starters. Landry Shamet hadn’t put his mark on the game until helping Damion Lee erase a deficit that lead to the Suns taking the lead.

Shamet ended up going 5-for-7 from three-point range, which was clearly a positive sign for head coach Monty Williams. Depending on how a Jae Crowder trade works itself out, Shamet is a primary option off the bench for now. Being able to will an untested bench to a victory was a win in itself.

Though Australian center Jock Landale had his hands full against LA, it was a far better showing than on Sunday. Containing LA’s bigs proved to be difficult for Landale at times, but he maintained his defensive efforts. Landale finished the game with a plus-minus rating of 18, contributing 14 points along with seven rebounds.

This isn’t the flashiest bench by far. As it stands, it’s the kind of bench that will have to claw to maintain leads even with Devin Booker or Chris Paul in the lineup. But as they showed on Wednesday, with enough chemistry, it can be done.