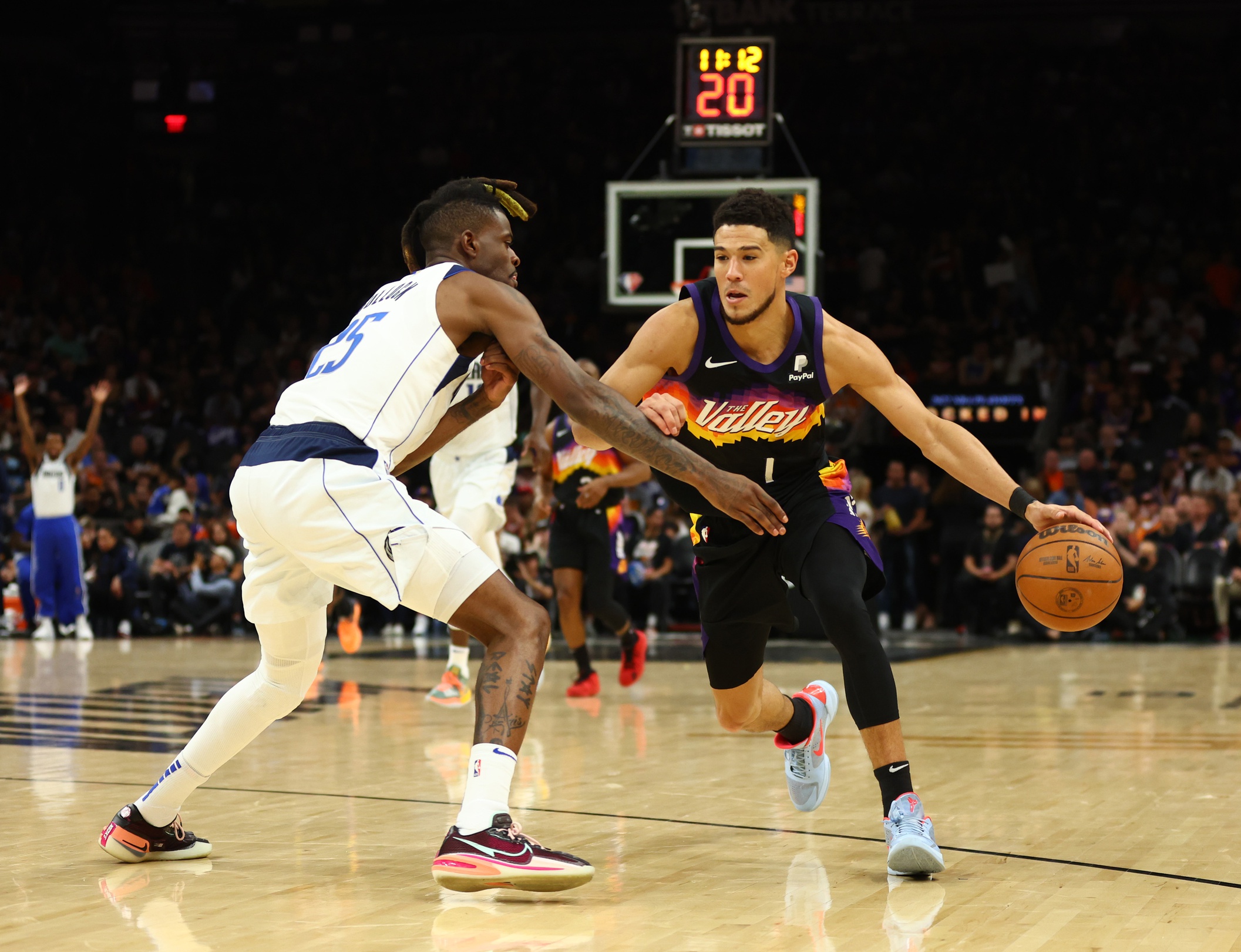 The rest of the league still sees how lethal Phoenix Suns guard Devin Booker is at the off-guard spot. Booker was voted in as the best shooting guard currently in the league by opposing GMs.

Booker was a clear choice with 46 percent of the votes, Luka Doncic came in second with 28 percent.

Much of this list, along with others portions of the survey, can be debated. In an era of position-less rosters, much of Booker’s peers could easily be put as forwards, such as Doncic.

Still, Booker’s runaway with the voting is a public cementing of himself as a premier shooting guard in today’s league. Last year, it was arguable that James Harden held that title coming into the season. Now, Harden didn’t crack the top-three of votes from GMs.

Phoenix is in a prime position to accentuate Booker’s game this season. The 25-year-old guard could be entering the prime phase of his career this season as he elevates all areas of his game.

As the go-to option for the Suns’ offense, the former Kentucky Wildcat will be assisting Chris Paul with ballhandling duties. With a new-look offense, we could see much more than simply scoring from Booker.

With that will also come the heavy burden of being the face of the Suns. After dropping the first preseason game to the Adelaide 36ers, Booker posted a LeBron James throwback clip to respond to trolls. If the season, for whatever reason, isn’t moving in the direction the Suns desire, Booker has to maintain poise.

There will be more time to see Booker in his new facilitator role. Phoenix will travel to take on James and the Los Angeles Lakers on Wednesday. It’ll be the first in-league competition for the preseason, and it may normalize things after Sunday’s lost.