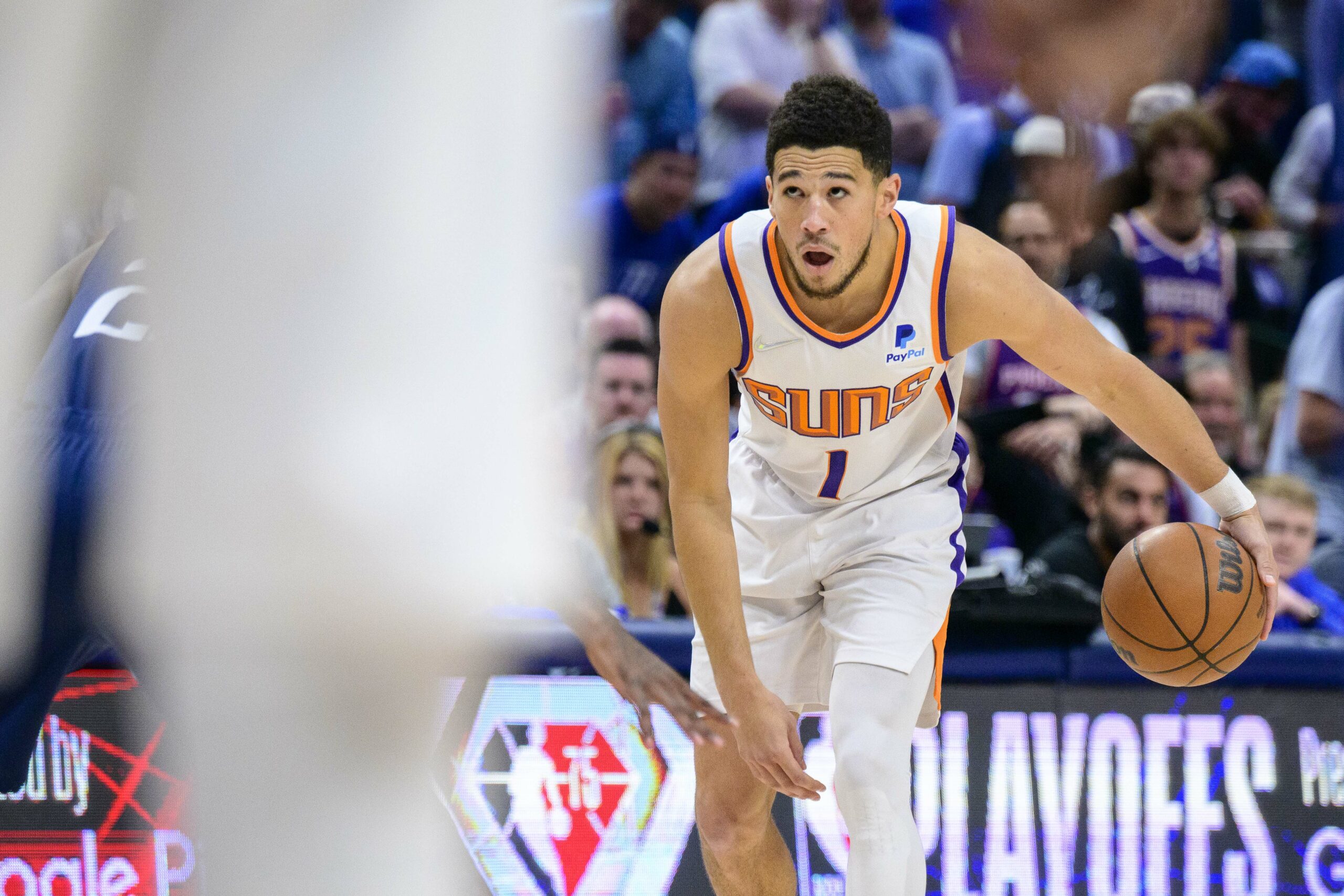 May 12, 2022; Dallas, Texas, USA; Phoenix Suns guard Devin Booker (1) sets the play against the Dallas Mavericks during the first quarter during game six of the second round of the 2022 NBA playoffs at the American Airlines Center. Mandatory Credit: Jerome Miron-USA TODAY Sports

The Phoenix Suns are under serious heat after falling to the Adelaide 36ers on Sunday night. The loss was an open invite for NBA fans to troll the Suns all over social media.

In response to the criticism, PG Devin Booker posted a LeBron James clip to his Instagram story:

“All the people who are rooting for me to fail, at the end of the day they have to wake up tomorrow and have the same life they had before they woke up today” LeBron states in the press conference.

Devin Booker shot 5/8 from scoring 13 points and recording 4 assists against the 36ers to open up the 2022 preseason.

The Suns’ next preseason matchup will be on October 5th against the Los Angeles Lakers.