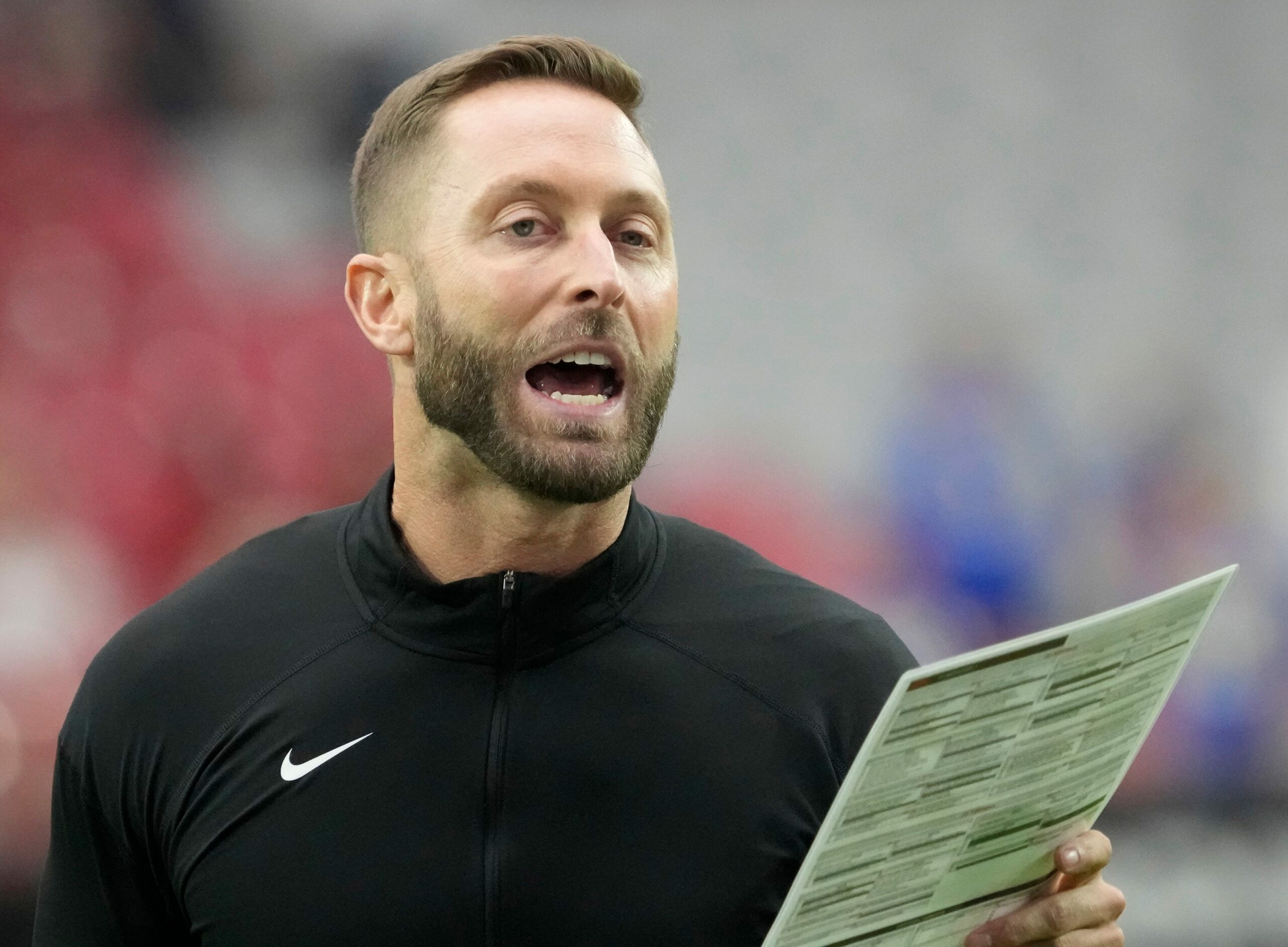 If it was not for a miraculous week two comeback against the Raiders, the Arizona Cardinals would be heading into this Sunday with an 0-3 record. In just three games, Arizona has been outscored by their opponent by a score of 56-13 in the first halves. The offense has had an extremely hard time moving the football past the 50-yard line and fans are beginning to see enough of it.

At the beginning of the season, HC Kliff Kingsbury had the fourth worst odds to be the first NFL head coach to be fired. Those odds have now jumped from +800 to +300 making Kliff the league favorite to departure first. Along with that, Kingsbury is currently sitting at +6000 to win coach of the year according to DraftKings Sportsbook. The only coach to have worse odds than this is the Denver Broncos head coach, Nathaniel Hackett.

Of course, these odds do not mean anything, however, they give a good glimpse of what the public thinks about the Cardinal’s head coach. Social media has had a field day over the past couple of weeks, mainly focusing on the poor play calling and misuse of offensive weapons.

I think this is the only play in Kliff Kingsbury's playbook. pic.twitter.com/eKnogpsmxL

Doubling down on this take: Kliff Kingsbury doesn’t just script the first 10 plays…it appears that he in fact SCRIPTS THE ENTIRE GAME. #AZCardinals #AZvsCAR https://t.co/3wqCy2NqUI

Is Kliff Kingsbury the right fit for the Cardinals?

One prime example of Kliff Kingsbury underrepresenting his offensive weapons would be former Cardinal’s WR, Christian Kirk. In Arizona during 2021, Kirk averaged 57.7 YPG and close to 6 targets per game. Now, this has already become a different story. The 25-year-old WR has already found his stride in the Jaguars offense connecting with quarterback Trevor Lawrence. So far this year, Kirk is averaging nine targets and also has over 70 receiving yards in all three weeks. This includes a 117-yard breakout gem in week one.

Another key piece that Kingsbury has misused is Kyler Murray and his ability to run the football. So far this year, Murray has only gotten 7 designed rushing plays. This is a quarterback that ran a 4.38 40-yard dash back in college. Above him are quarterbacks such as Geno Smith and Daniel Jones.

This key factor was obvious during the Cardinal’s week two matchup against the Raiders. Kyler Murray did not run the football one time in the first half which contributed to the fat zero on the scoreboard going into halftime. However, in the third & fourth quarters, Murray ran five times for 28 yards which also included a touchdown and a 2-point conversion. It was as if none of the plays Kingsbury called worked as planned. The only time the Cardinals could move the offense was when Kyler escaped the pocket i.e., “Murray magic”.

After last week’s loss to the Rams, Kliff fell to a 25-26-1 record as an NFL head coach. This is the same coach that over the offseason received a 5-year extension that will run through 2027.

Do you think Kliff Kingsbury will still be the Cardinal’s HC by the end of the season?