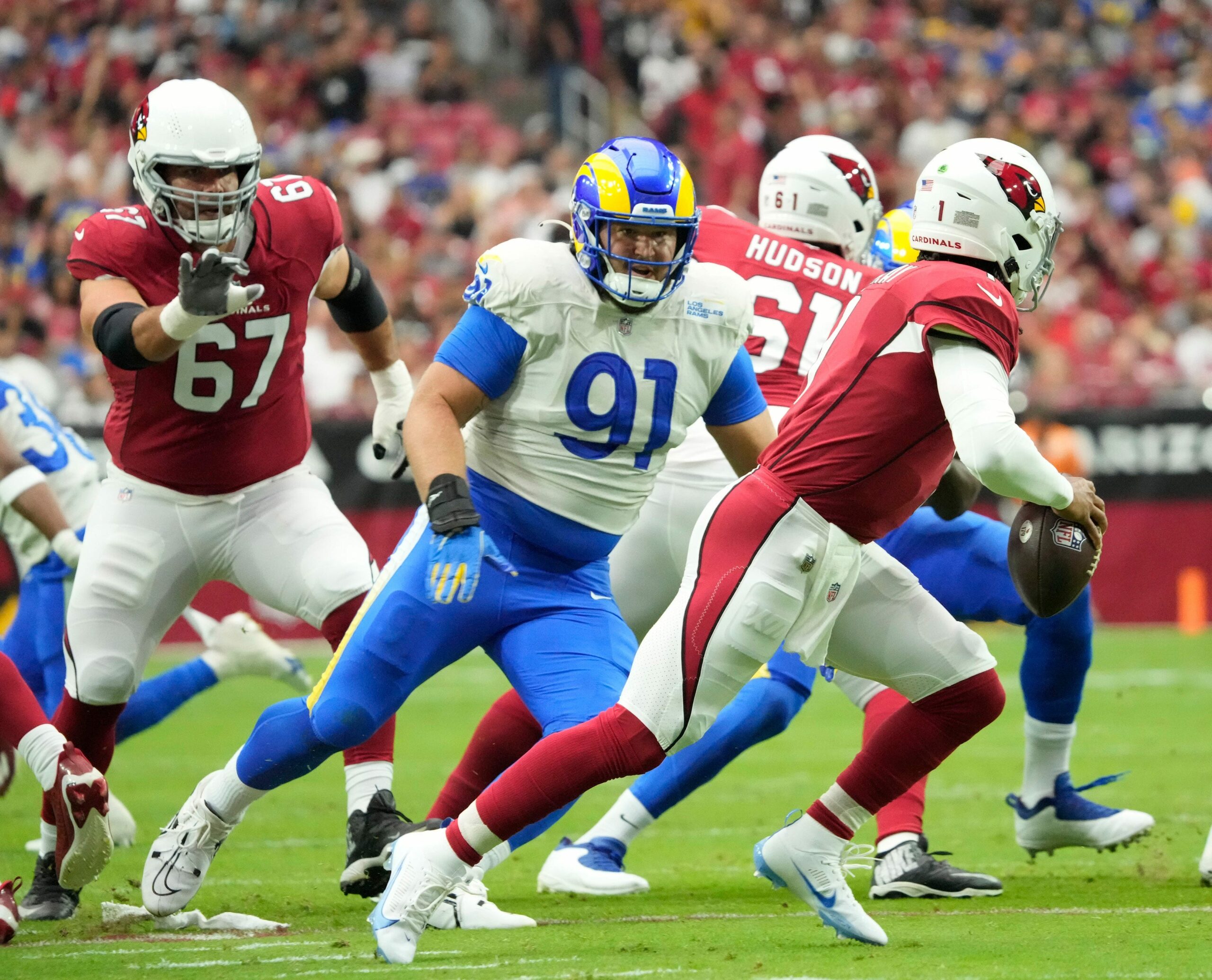 For the 8th straight season, the Los Angeles Rams came into State Farm Stadium and defeated the Cardinals. Arizona now has a 1-11 record against Sean McVay after falling 20-12 against their division rivals.

Once again, Arizona started the game off slow, however, this time they were not able to overcome the deficit. The Cardinals trailed by only seven heading into halftime, but they failed to score a touchdown the entire game.

This is the first time Arizona lost while J.J. Watt took the field. The Cardinals now have a 1-2 record, and they will play the Carolina Panthers in week four. The Panthers are another team that has been a thorn in Arizona’s side since Kliff Kingsbury took over.

There seemed to be a lack of urgency in the second half. A major turning point came on a fourth and four attempt with 11 minutes left in the fourth quarter. Before this crucial failed fourth down conversion, Arizona was 3/3 on the game and 9/12 on the season. However, the decision to go for it and test the luck again quickly backfired. Kliff Kingsbury is known for his controversial risky play calling but, he will most likely look back and regret this one. At the time of the attempt, the Cardinals trailed by eleven points meaning they had the opportunity to kick a field goal first and worry about the touchdown plus two-point conversion later on in the game.

Ironically, Arizona ended up kicking a field goal with one minute left in the game. Prater’s fourth-made field goal brought the Cards within a possession. Unfortunately, it was too late as the Rams recovered the onside kick and kneed the game away.

Even though Arizona failed to come away with a win against the former super bowl champions, there were plenty of positives to walk out with.

Marquise Brown had the breakout game fans have been waiting for. Brown finished with 140 yards on 14 receptions. Hopefully, Arizona can carry this momentum and continue to bring heavy targets toward their star wide receiver.

Greg Dortch also stepped up once again as he finished with a career-high 80 yards. Dortch has been a huge boost to the struggling Cardinal’s offense.

On the defensive side, Arizona managed to hold the opposing WR1 for the second week in a row. This time, it was Cooper Kupp finishing with only 44 yards on four catches. This is a promising sign as holding the powerful Rams offense to only 20 points is defiantly something to build off of.

On the other hand, the rushing game struggled again for Arizona. RB James Conner failed to run for over 40 yards even with 13 carries. This is the third straight week where no Cardinals running back has finished with over 60 yards on the ground.

Throughout three games, the Cardinals have yet to have a lead while time is on the clock. However, Arizona looked 10 times better on offense and defense than they have in their previous two matchups.

Kyler Murray had his first 300-yard passing game this season. It is also important to remember that he is without DeAndre Hopkins and Rondale Moore. Once Murray gets these two weapons back in his arsenal, this is shaping up to be a very scary passing offense.

It was due to a slow start and a poor coaching decision that prevented the Cardinals from walking away with a week three victory. Next Sunday, they will head to Carolina to face off against the Panthers and look to bring their record back to .500.