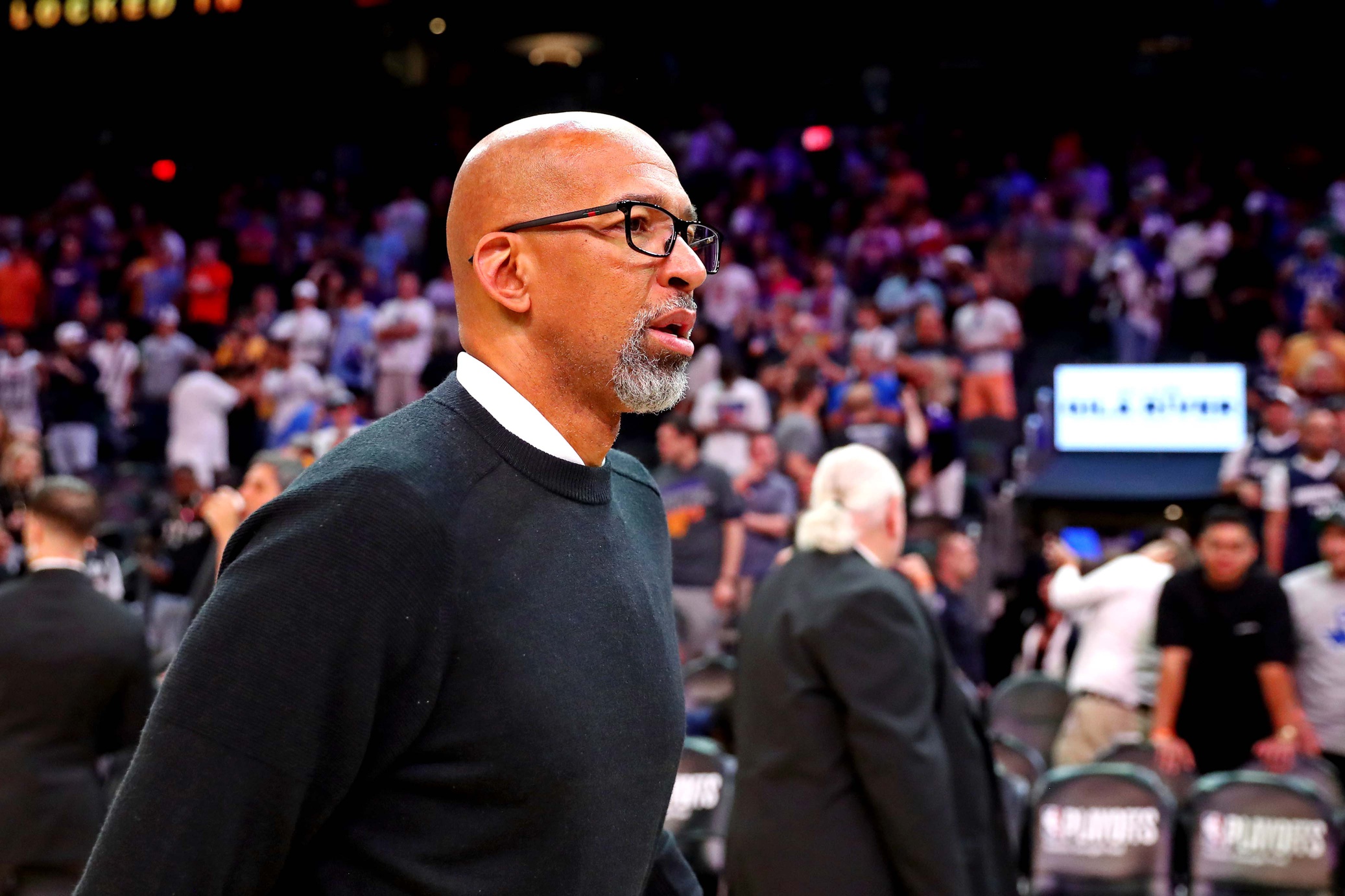 The Phoenix Suns are commencing the start of their 2022-23 season with media day on Monday. Of that comes a number of topics, one being the entire Robert Sarver debacle.

As head coach Monty Williams stepped up to answer some questions, the one that stuck out was his thoughts on leaving after the discovery of Sarver’s behavior.

“Did I ever think about leaving here?” Williams said in response to the question. “Never. Not one Time.”

Williams, like general manager James Jones, was asked on his thoughts in regards to his feelings on Sarver as well.

“There was a bit of shock,” stated Williams. “There was a moment where I was in disbelief when you see the bullet points. You start to think of how these things happened. How they will affect the team.”

Robert Sarver — after being suspended for his racist and sexual comments made towards employees throughout the Suns’ organization — decided to sell both the Suns and Phoenix Mercury franchises. There have been numerous reports on potential buyers for the Suns, one being Amazon founder Jeff Bezos.

For the Suns, the season couldn’t of come at a better time. Being able to put the dramatic whirlwind of the summer behind Phoenix could be for the best.

Sarver, along with commissioner Adam Silver, faced significant backlash over the one-year suspension. It was without doubt that prominent figures around the league would push back on the short suspension. After sponsors such as PayPal threatened to remove themselves from Phoenix, Sarver would need to move on.

Now, the Suns will have to put the drama off the court in hopes of a championship pursuit.

Arizona Cardinals vs Los Angeles Rams Game Recap
Devin Booker on Robert Sarver: “It was Tough For Me”