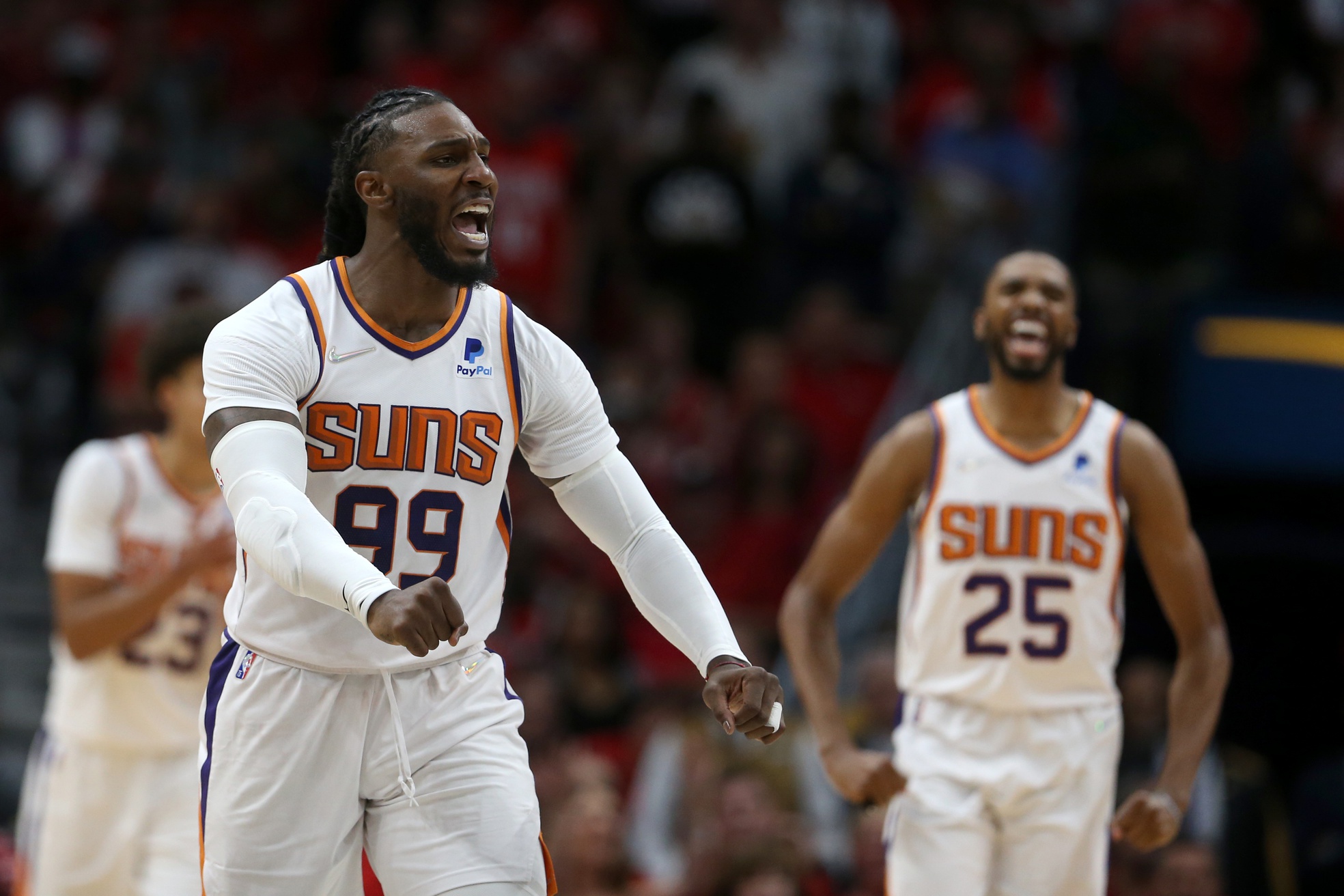 The Jae Crowder era with the Phoenix Suns is done. Crowder’s tenure in Phoenix has swiveled around uncertainty this summer. Now, Crowder has addressed those said rumors on Twitter on Sunday.

ONE MUST SEEK WORK WHERE HE IS WANTED.. WHERE HE IS NEEDED.! I AM THANKFUL FOR WHAT THESE PAST 2 YRS HAVE TAUGHT ME.! NOW I MUST TAKE ON ANOTHER CHALLENGE WITH CONTINUED HARDWORK & DEDICATION.! FOR THOSE OF YOU WHO CLOSED THE DOOR ON ME…. THANK YOU! 99 BACK SOON.! 🥷🏾🤫🤐

Crowder unloaded his final thoughts on being with the Suns in his usual all-capitalized manner. His tweet alludes to the opinion that Phoenix simply didn’t want to include the 32-year-old forward in a heavy rotation.

On Sunday, The Athletic‘s Sham Charania reported that both Phoenix and Crowder had agreed on parting ways. In addition, Crowder isn’t expected to be a part of training camp as both sides work towards securing a deal.

Jae Crowder on Training Camp: “99 Won’t Be There”

Crowder’s relationship with the Suns hit a permanent snag this summer. Aside from Kevin Durant trade rumors that he was likely included in, Phoenix was expected to pursue other forwards. Even though the Suns weren’t favored in their forward pursuit, Cameron Johnson was expected to receive most of the starting minutes.

As an overall player, Johnson has ascended past Crowder, even if just in the Suns’ system. Given that Johnson is also younger than Crowder, and due for a rookie extension, it equated to normality to see Crowder with a smaller role.

As for Crowder, he’s been trying his hand with Phoenix this offseason through cryptic posts as well. Now, it appears that he and his agent have been given permission to work on finding a suitable trading partner, one that could include the Miami Heat.

The Suns will open the preseason with media day tomorrow, and there will certainly be questions circulating around Crowder amongst other topics. As such, Phoenix will have to use tomorrow to begin its navigation through the post-Crowder era.