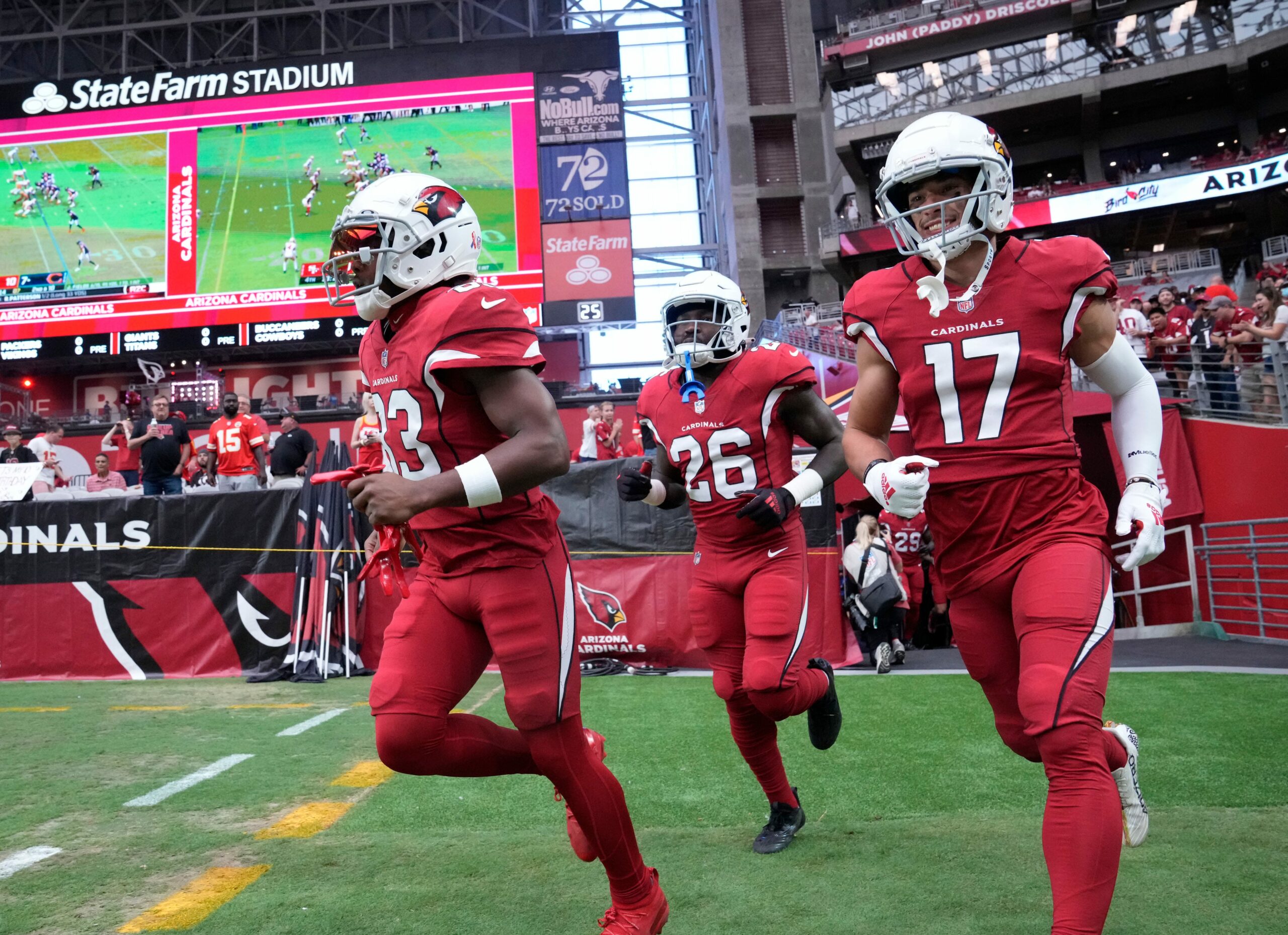 The Arizona Cardinals have officially ruled Rondale Moore and Andy Isabella out for week two against the Raiders.

Both receivers have missed the entirety of practices this week. Rondale Moore already missed the first game of the season as he suffered a hamstring injury during practice. Isabella on the other hand did play against the Chiefs but only had one reception for 10 yards. The 25-year-old has been dealing with a strained back, it is not expected to be a lengthy injury, but he will still be unavailable against the Raiders.

In their absence, WR Greg Dortch will likely see plenty of targets. Fans may have gotten a sneak peek of this production during week one where Dortch caught seven receptions for 63 yards.

Arizona would also like to get Marquise Brown more targets after a disappointing first game with the team. Brown only had four receptions for 43 yards last week. This is not nearly enough production if the Cardinals want to get anything going through the air.

It is also important to note that DeAndre Hopkins will still be unavailable until week 7 due to suspension.

That brings the total up to three wide receivers out for a week two matchup against the Las Vegas Raiders.