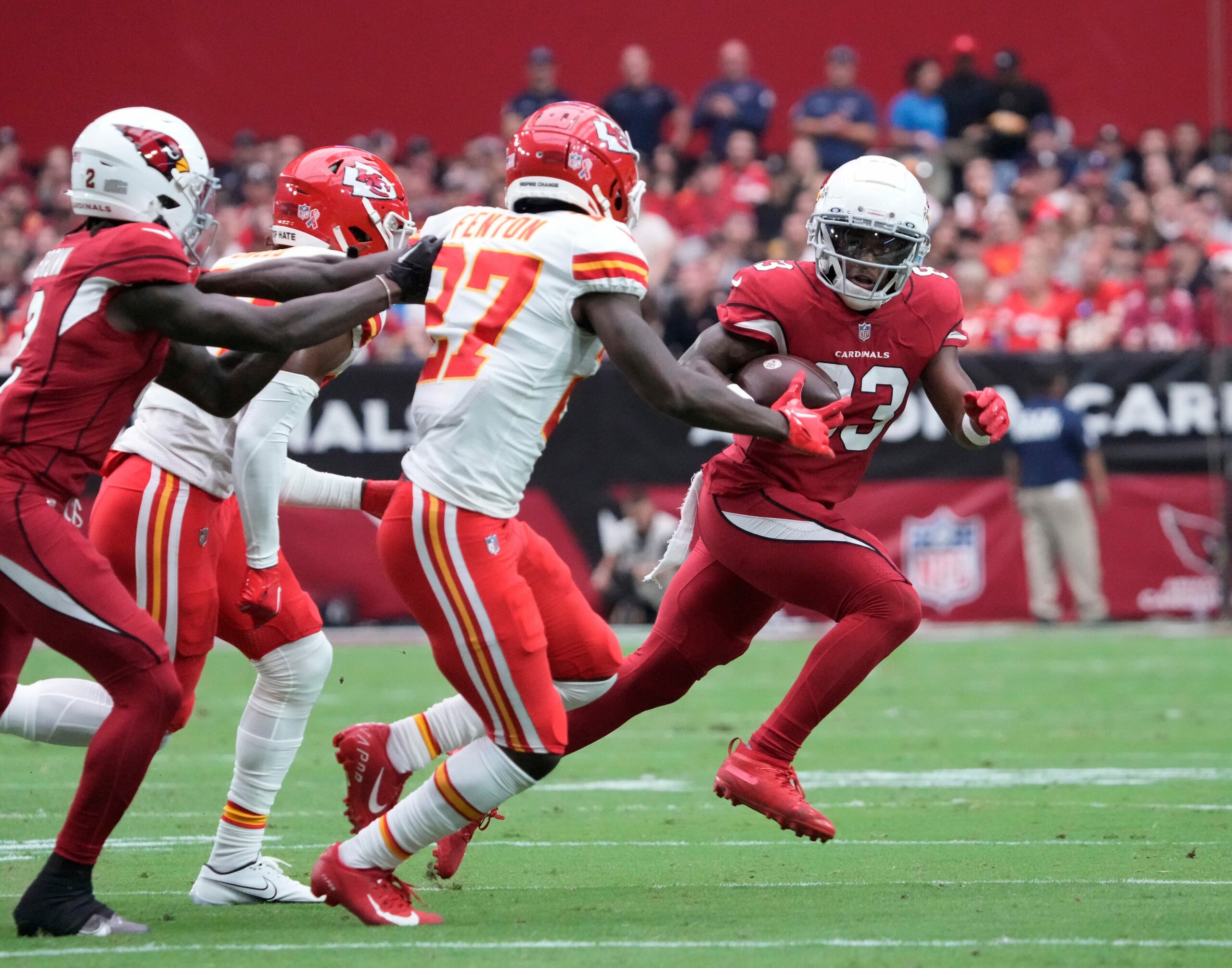 The Arizona Cardinals will enter week two shorthanded from the wide receiver position. With Rondale Moore and Andy Isabella injured plus DeAndre Hopkins suspended, a new group of receivers will have to step up.

Last week, the Las Vegas Raiders allowed Justin Herbert to throw for 279 yards and three touchdowns. Herbert also finished the game with a stellar 76.5 completion percentage. This was against a Raiders secondary that greatly improved from 2020 to 2021. Las Vegas went from being ranked near the bottom of the pack for passing yards and touchdowns allowed per game to the top ten in the NFL. The Raiders secondary in 2021 finished 7th in group PFF WAR at 1.6 compared to finishing 31st in 2020 with a -.42.

This will be Kyler Murray’s first time facing the Raiders during the regular season. He will be without some key offensive weapons, so it is vital for some players to step up.

Marquise Brown will hold the WR1 position and will look to rebound off a disappointing first appearance with the Cardinals. In week one, Brown finished with only 43 yards. The 25-year-old is fresh off a 1000-yard season with the Baltimore Ravens and arguably got an upgrade in passing offenses. Hollywood Brown played in 95% of offensive snaps during week one making it obvious that Arizona is ready to have him play a major role in the offense.

Greg Dortch acted as the primary receiver against the Chiefs in week one. To begin his second season with Arizona, Dortch brought in the most yards in a game during his young career. The 24-year-old was targeted nine times last Sunday which is a huge step up considering he was targeted only three times last season alone. With Rondale Moore out, Greg Dortch has the perfect opportunity to pave his name into the Cardinals offense.

The Cardinals drafted Trey McBride with their first pick in the 2022 NFL draft. This selection came as a surprise but, the message was clear. Arizona is ready to become competitive in the TE position. Over the past couple of years, numbers have slowly been improving for the Cards regarding TE production. In 2021 they finished 18th in the NFL which was a huge step up from where they were in 2019 and 2018 being ranked 26th and 31st for TE targets.

Fans got a glance at this production towards the end of the 2021 season. Zach Ertz in just 11 games was targeted 81 times for 574 yards.

However, week one was disappointing as Trey McBride found himself scratched from the lineup without any injury. Zach Ertz did see time on the field but was only brought in two receptions.

If the Cardinals want a different outcome in week two, then they need to target their tight ends early and often.

Altogether, Arizona is looking at almost a completely different group of pass catchers. Multiple injuries along with the departure of Christian Kirk have brought new opportunities for new faces.

Who will step up in week two to help bring the Cardinals into the win column?