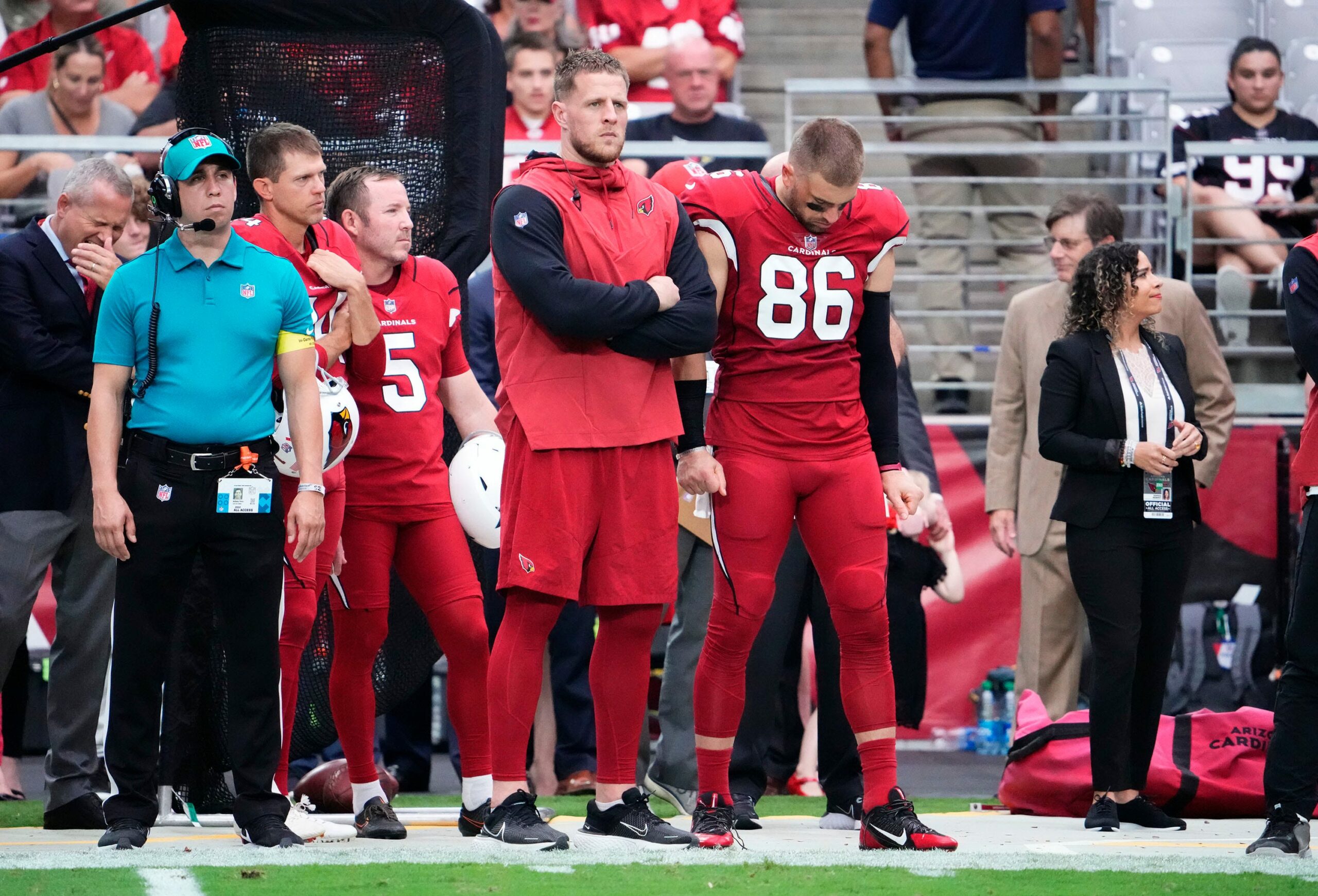 The NFL season is in full swing, and the Arizona Cardinals are struggling to find their footing. With multiple injuries on both sides of the field, the Cards continue to shift their roster.

To start, Justin Pugh is showing signs of improvement but, there is no guarantee that he will be playing this Sunday against the Raiders. The Cardinals left guard played 14 games last season but was out during week one due to a neck injury.

Pugh is now listed as “limited” on the Cardinals injury report, he spoke about how he felt after Thursday’s team practice.

“Feel good. Good to get back out there. Last week I kinda was able to get some plays under my belt and see how the neck was feeling. It was feeling good last week, but it just wasn’t all the way there.”

Zach Ertz also brought some good news as he is feeling much better. Ertz only had two receptions in week one as his play time was limited. However, the tight end is now fully ready to go for week two as his calf is close to 100%.

J.J. Watt was back at practice this Thursday as well. He has been upgraded to “limited activity” and is hopeful to play this Sunday.

J.J. Watt is back at Arizona Cardinals practice. pic.twitter.com/yxjp1zuSR9

On the flip side, Arizona still has plenty of injuries that need to be taken care of. The wide receiver position in particular has taken a hit as Rondale Moore and Andy Isabella did not participate in practice.

Joining the two receivers on the sidelines was S Jalen Thompson with a toe injury. That is now back-to-back missed practices for Thompson making it unsure if he will be available to play on Sunday.