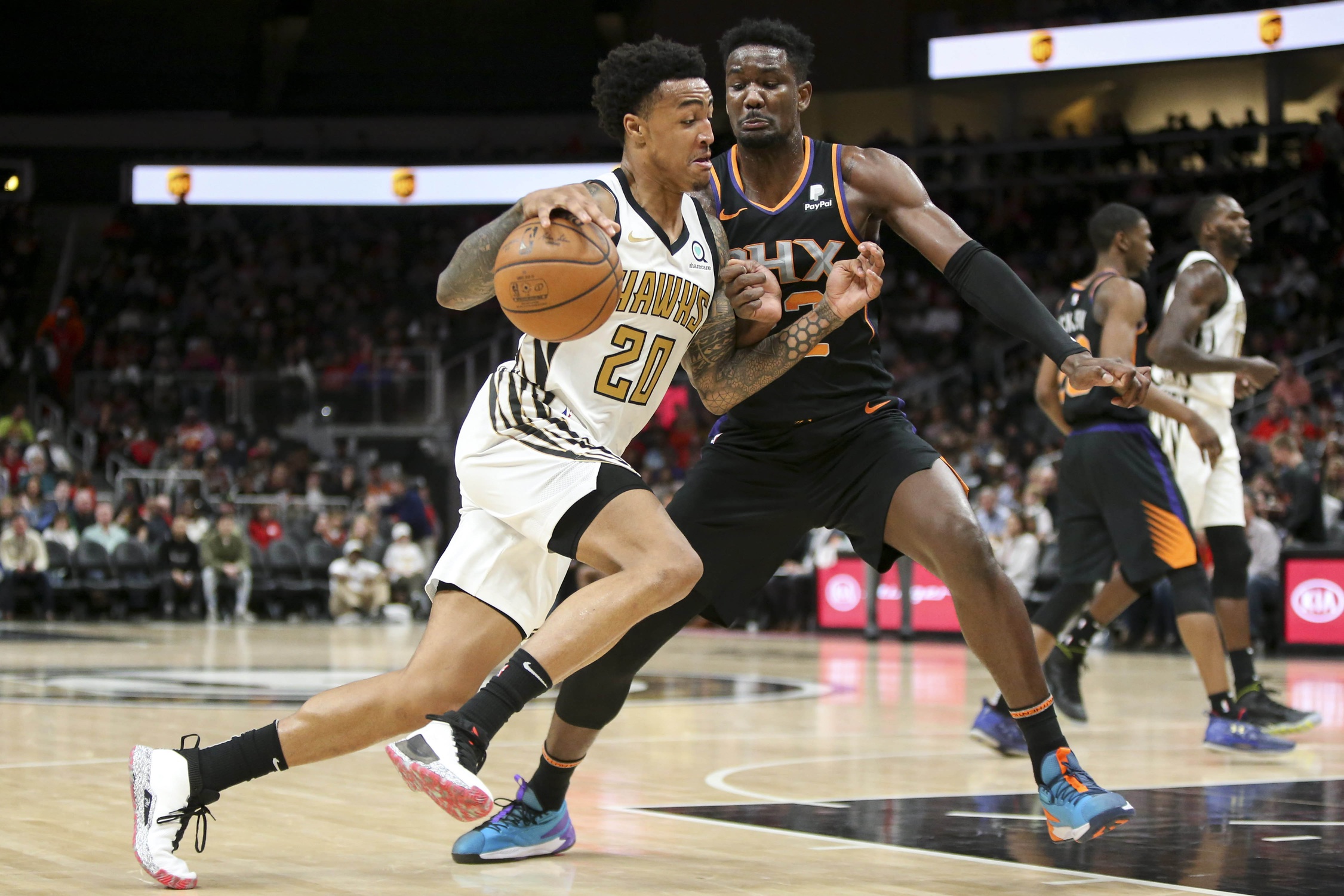 The Phoenix Suns are dismissing most of the offseason chatter that’s been circulating. Still, that hasn’t stopped the predictions of what’s to come for a Phoenix squad that’s looking to make a title run.

Per Bleacher Report’s Greg Swartz, Atlanta Hawks center John Collins is an intriguing, young star that the Suns could be in talks for as the season gets underway.

“As good as the Suns still are, upgrading the starting power forward position from Jae Crowder would make this the best starting five in basketball, especially adding a talent like Collins to a core of Chris Paul, Devin Booker, Mikal Bridges and Deandre Ayton,” writes Swartz.

It’s been suggested that Phoenix should consider moving on from Crowder. The 32-year-old forward is one of the primary minute holders at the frontcourt position. Even so, his style of play doesn’t necessarily push the Suns over the hump for another championship run.

Collins has been in the trade market dating back to last season. Much of what Atlanta chooses to do with Collins, 24, will be subjected to the success of its new trio. The Hawks recently acquired Dejounte Murray, which could be the missing piece for the Hawks to make another playoff run.

Adding Collins would also provide a bit of longevity for Phoenix. The Wake Forest standout is under contract for the next four years, giving the Suns some flexibility. Collins could also provide the frontcourt support that Phoenix is in search of. His presence down low in the post could take some pressure from Deandre Ayton and create a deadly frontcourt.

Of course, much of this is conjecture. Phoenix seems set on the wait-it-out route and will likely carry most of their current roster into training camp. While that may be, Phoenix has also been scrutinized for not being more aggressive in the offseason.

A trade sooner or later for a rising star could be the answer.