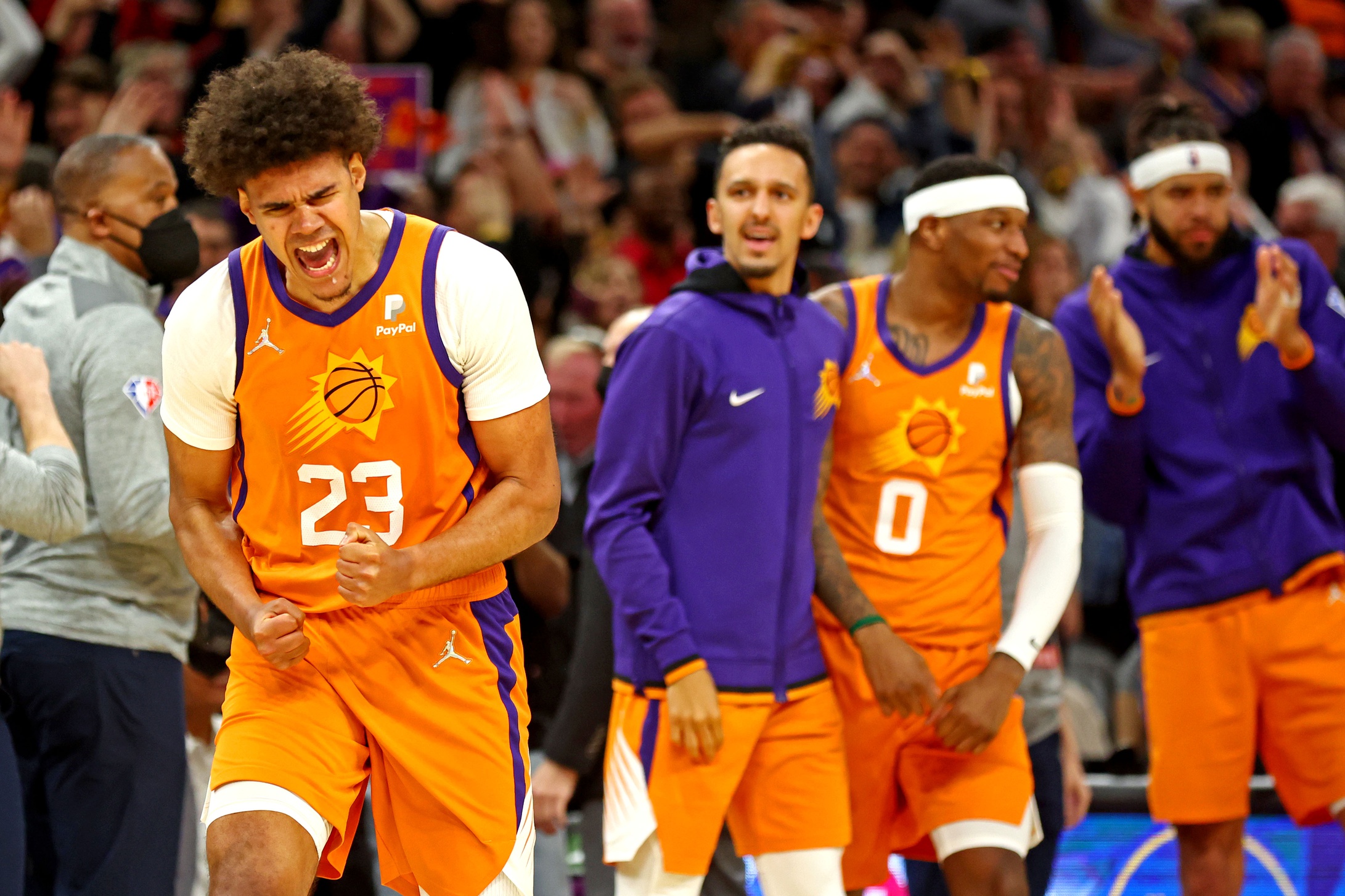 Cameron Johnson proved himself as a worthy rotational piece last season for the Phoenix Suns. The 6’8″ forward increased his production in points (12.5), rebounds (4.1) and assists (1.5) in his third season. His play could potentially earn him an extension with Phoenix. It could also see him be the centerpiece in some notable trades in the future.

While his numbers are pretty standard, they don’t captivate Johnson’s memorable night on March 5. The Phoenix Suns hosted the New York Knicks, earning their 51st win of the season. For Johnson, it elevated him to even more of a fan-favorite in the eyes of the Phoenix faithful.

Johnson tallied 38 points during the game, including shooting 9-for-12 from three-point range. He finished shooting 68 percent from the field.

Obviously, Johnson controlled most of the game from beyond the arc. As the contest got underway, he was fortunate of getting into a shooting groove late in the second quarter, including a layup that held the lead going into the half.

The three-point onslaught continued going into the second half. The Knicks had no real answer for a hot-handed Johnson while trying to keep tabs on the likes of Chris Paul, Devin Booker and Deandre Ayton.

Each ball-handler made a job of driving and kicking to an open Johnson, who rewarded their play with his knockdown shooting. Add in a bit of layups through contact, and Johnson was up to 35 points as time winded down in the fourth quarter. The end result was Johnson knocking down considerably the best shot of his career a few feet back from the three-point line.

The question is, can the 26-year-old forward continue his elevation into a respected wing for the Suns?

There’s plenty of reasons to believe that Johnson has more career nights ahead of him. Of course, knocking down nine threes is no easy feat in itself.

And yet, even Johnson has to notice his minute increase that comes with each season. He finished last season averaging 26.2 minutes per game, only a few shy of that with a typical starter. It’s very likely, given the Suns’ current roster construction, Johnson will watch his minutes increase even into the 28-minute range this season.

If so, what Johnson can accomplish beyond his 38 points is only getting started.