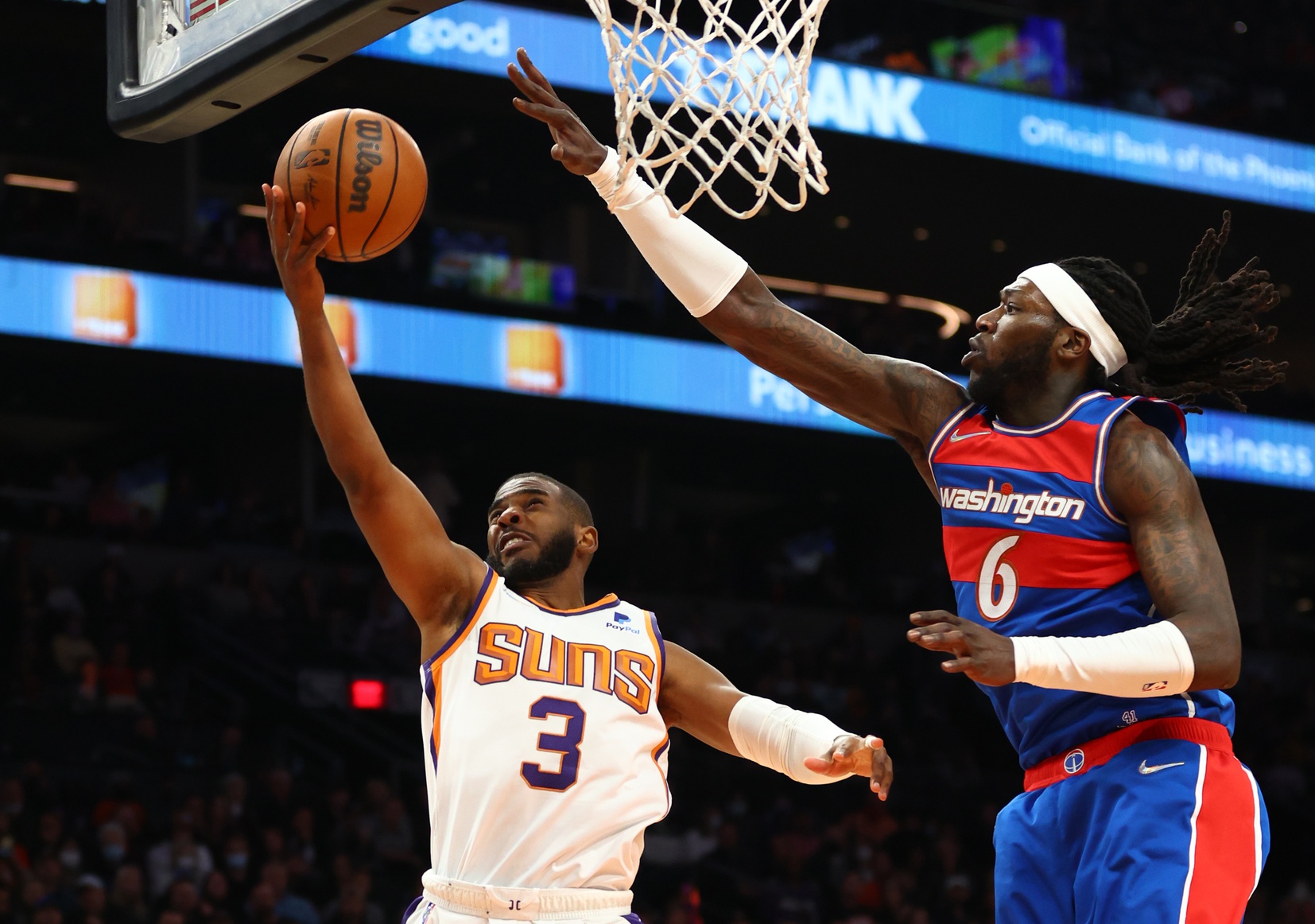 The Phoenix Suns are still looking to make moves before heading into training camp. It feels as though the 2021-22 season only ended a month ago given the offseason whirlwind.

Much of that whirlwind has circulated about Kevin Durant, who’s decided to keep his commitment to the Brooklyn Nets for the foreseeable future. With that in mind, the Suns will now have to pivot to other options available to help bulk their roster.

It’s been reported by Arizona Sports 98.7 FM Phoenix’s John Gambadoro that Phoenix will be in the mix for a forward that plays a post-up role. This was an obvious need for the Suns that can now be addressed. With Durant up for grabs, many teams, including Phoenix, but some transactions on hold.

There are a few decent names still up for grabs, and the Suns have a mid-level exception still to use.

Harrell is the clear-cut number one option in the forward department. At 28, Harrell still has tremendous upside. Given the Suns’ need for a forward that primarily posts up, Harrell also checks off that box too. Harrell spent last season between the Washington Wizards and the Charlotte Hornets. He averaged 13.1 points and 6.1 rebounds per game throughout his campaign.

Truthfully, Harrell’s legal troubles are possibly the only reason he’s not yet found a new NBA home. The 6-foot-7 forward currently is awaiting his court date after being caught with three pounds of marijuana in a traffic stop. Given that, some teams will proceed with caution before committing even a mid-level deal to Harrell.

Griffin definitely isn’t a top-tier free agent at the current phase of his career. Nonetheless, he’s shown that he can make an impact with minor minutes. Griffin, 33, is coming off his 14th season, with his most recent stop being the Brooklyn Nets for two seasons. The numbers from his latest campaign don’t jump off the stat sheet, but his role and fit does.

The Oklahoma City native can still run the floor while also being the post-up personnel the Suns are in search of. If the Suns are looking for a forward that can give meaningful bench impact, Griffin could be a likely candidate for the job.

Aldridge may end up being the most sensible of the remaining forwards. His age may not boast well for his resumé anymore, but Aldridge’s skillset definitely fits the bill.

At 37, Aldridge’s best playing days are behind him. He was destined to make a huge impact for the Nets, but his time there was marred by health concerns. Aldridge was able to appear in 47 games for Brooklyn last season, averaging 12.9 points and 5.5 rebounds per game through 22.3 minutes.

His back-to-the-basket style of play will be an easy adjustment for the Suns. Aldridge has possessed a high IQ throughout his career, which can allow head coach Monty Williams to adjust around Aldridge as need be.