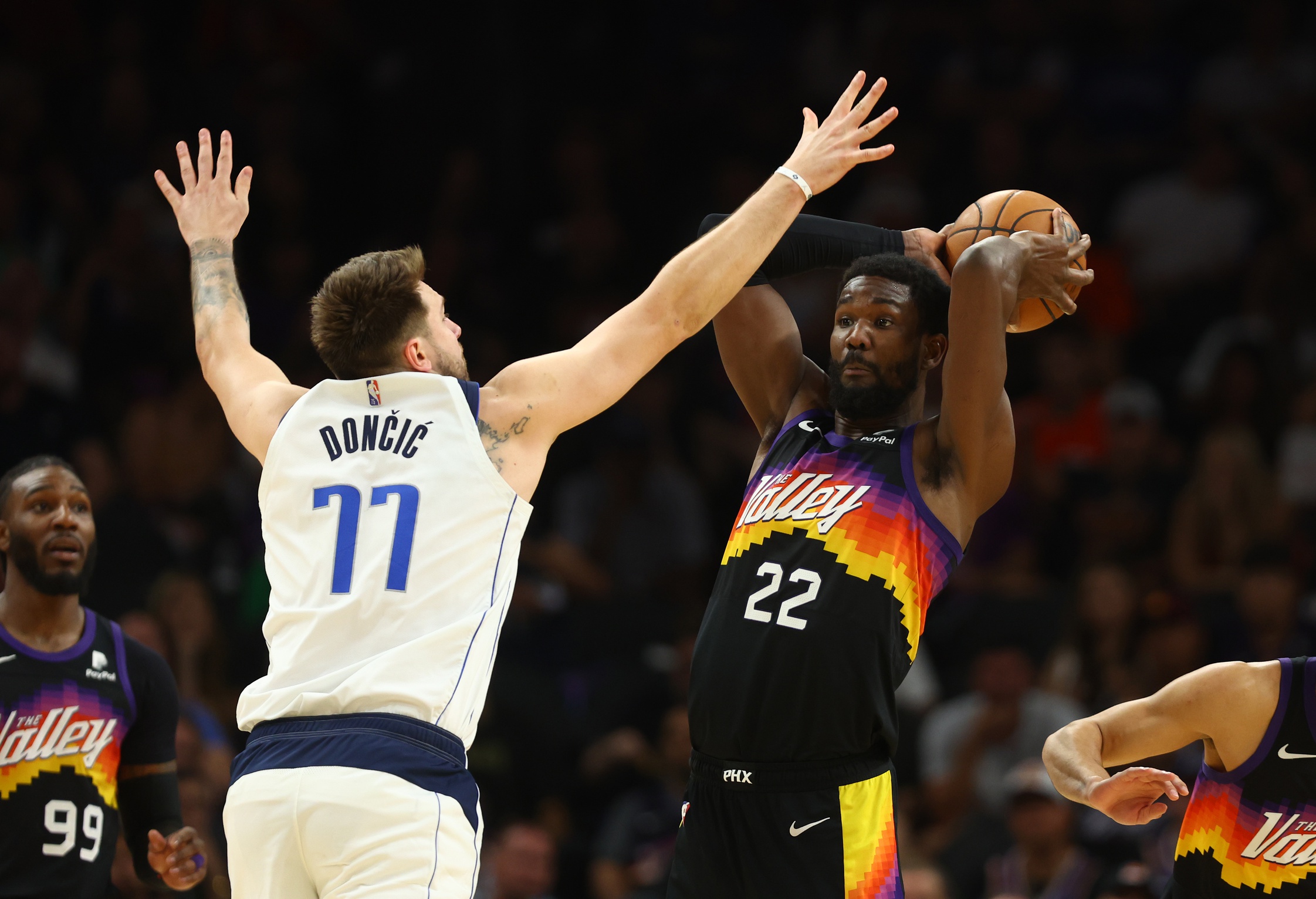 The NBA league office knows how to make the ratings skyrocket. This much is apparent- given the Phoenix Suns season opener against the Dallas Mavericks, per Shams Charania of The Athletic.

After blowout Game 7 loss in West semifinals, the Phoenix Suns will host the Dallas Mavericks in the season opener for both teams on Oct. 19, per sources. Luka Doncic and his new backcourt starter, Spencer Dinwiddie, vs. Devin Booker and Chris Paul.

The Suns will be looking for a redemption showing against the Mavericks come Oct. 19. The Suns ended their championship run in the most upsetting of ways last season to the Mavericks. Phoenix was the favorites to walk away from the series, but the Mavericks made things interesting by forcing a Game 7 in the Western Conference semifinals.

A glimpse of hope was all Luka Doncic and Co. needed to incite a meltdown for Phoenix. The Game 7 blowout has left a nasty taste in Arizona fans’ mouths given the lack of effort shown with the season on the line.

To make things more interesting, the recently released power rankings showed the Suns at the No.2 spot. The rankings is being met with disappointment given how the Suns ended their season. Many spectators feel as though Dallas should’ve been ahead of Phoenix. Either way, the Suns will get a chance on the first game of the season to show up doubters.

The Mavericks went on to lose to the Warriors in a series many predicted the Suns to advance to. Phoenix finished first in the Western conference last season. The strong regular season showing signified another deep postseason run.

The overall hope is that the Suns can pick up where they left off from their 2021 championship appearance. The power rankings only have them behind the Warriors.

Still, the Mavericks will undoubtedly look to add on to their success from last year in the first game as well. Both teams have a long road ahead, so much noise shouldn’t be made out of only the first game.

However, the first game could set precedence for what’s to come.