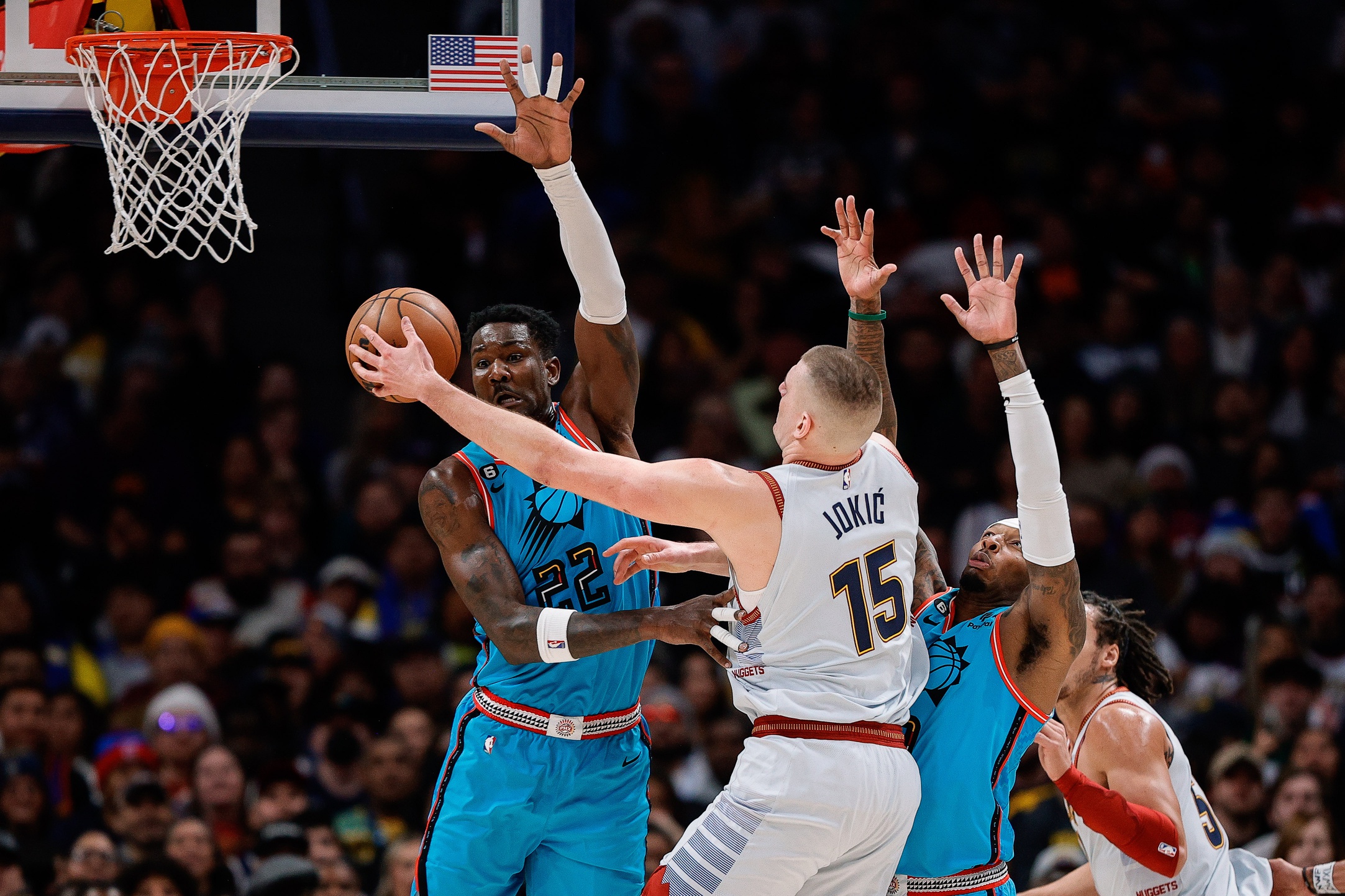 During the offseason, the Phoenix Suns vied for their right to be one of the premier acts on Christmas Day. Phoenix got its wish, as the matchup with the Denver Nuggets was set in place.

Fast forward to a team with that has battle multiple injuries at a time, and the contest didn’t seem leveled.

Yet even without Cameron Payne and Cameron Johnson, the Suns still held their own. Despite also losing their leading scorer in Devin Booker as well, it was a turning point game that the Suns needed against a contending team.

With the Suns winning over the Nuggets, fans were eager to take note of the Suns’ rallying through injuries to best the Nuggets.

Last Christmas Game Lives Up to the Hype

Nuggets and Suns has been the best game today by far

Should’ve been sleep. This Suns/Nuggets game lit tho

Booker exited the contest in the first quarter after reaggravating his groin injury. With no Booker, and a flat first-quarter performance, it spelled trouble for Phoenix.

Instead, Phoenix was able to rally behind its remaining stars along with significant role players to match Denver’s output.

Deandre Ayton has been under a microscope given his lengthy extension this offseason, and his performances have often left more to be desired. Despite being up against Nikola Jokic, Ayton was able to put up 17 points along with 12 rebounds.

Mikal Bridges is also one of the Suns’ versatile pieces that has been called upon more. Though he’s had some disappearing acts this season, Bridges turned in a worthy stat line of 13 points.

Denver, however, had talent in abundance at its deployment. Jokic put up MVP-like numbers with 31 points, 12 rebounds and nine assists. Aaron Gordon was also continuing his hot streak with 19 points and eight rebounds through the game.

Fans were quick to let the league know that despite being a later game, the Suns-Nuggets contest lived up to the Christmas Day hype.

Both teams exchanged blows late into the fourth quarter, with Jamal Murray leading the charge for Denver.

Four quarters wasn’t enough to end this action-filled Christmas lineup, as the Nuggets were able to force overtime behind their late push. Even with it being truly a spirited effort from Phoenix, it simply wasn’t enough in the final seconds.

As the Suns owned the final possession, Bridges made a dangerous pass attempt that was stolen by Bruce Brown, sealing the Suns fate.

Despite it being an unwanted result, credit should go to a Phoenix squad that fought through adversity without Booker.

Give Greg Dortch the football
Both Suns and Cardinals lose in overtime
Loading More Posts...