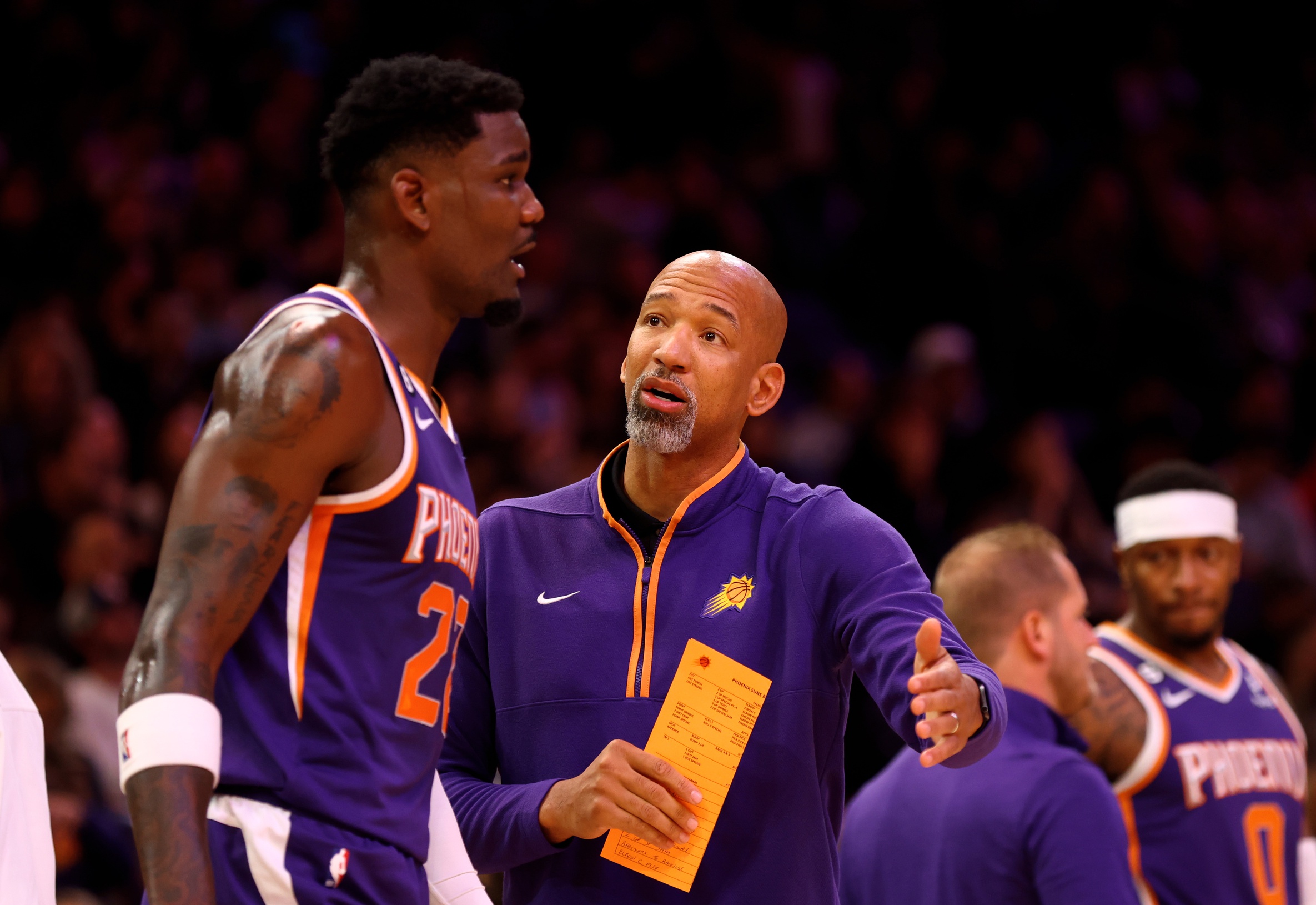 A video surfaced on the internet during the Suns and Wizards game of Deandre Ayton and Monty Williams apparently arguing back and forth with one another during a timeout late in the fourth quarter according to Goober221.

After the game Monty Williams was asked about the situation that occurred on the sideline and he referred to the situation as a team thing not a Deandre Ayton thing.

”Nah, it was the whole team. In those moments, it wasn’t just Deandre (Ayton), it was the whole group, out there not executing properly and it was a bit of frustration but that happens. That was not an isolated one person or one player thing.”

Ayton was also asked about the incident and he wasn’t worried about the aftermath of the situation.

”We a family, so he knows how to talk to his boys, and his boys know how to communicate. Obviously the whole world sees it, but it’s really all love and just getting us back to regroup.”

The Suns fell to the Wizards tonight 113-110 snapping a three game winning streak and for the Wizards it snaps a 10 game losing streak. Over the course of the season, interactions happen especially for teams with playoff aspirations and championship aspirations. Like Ayton alluded to in his pressor it’s their tight bond that can get them through stuff like this.

“It gets really emotional and all that, but as I said, this is a family. We know each other, we know each other’s personalities. Everybody got to see us really, like, intensified in the moment where, okay, dang, we lost our upper hand…but coach clarified it up in the huddle”

The Suns will be back in action on Friday against the Memphis Grizzlies in hopes to rebound and get things clarified before their road trip for Christmas.