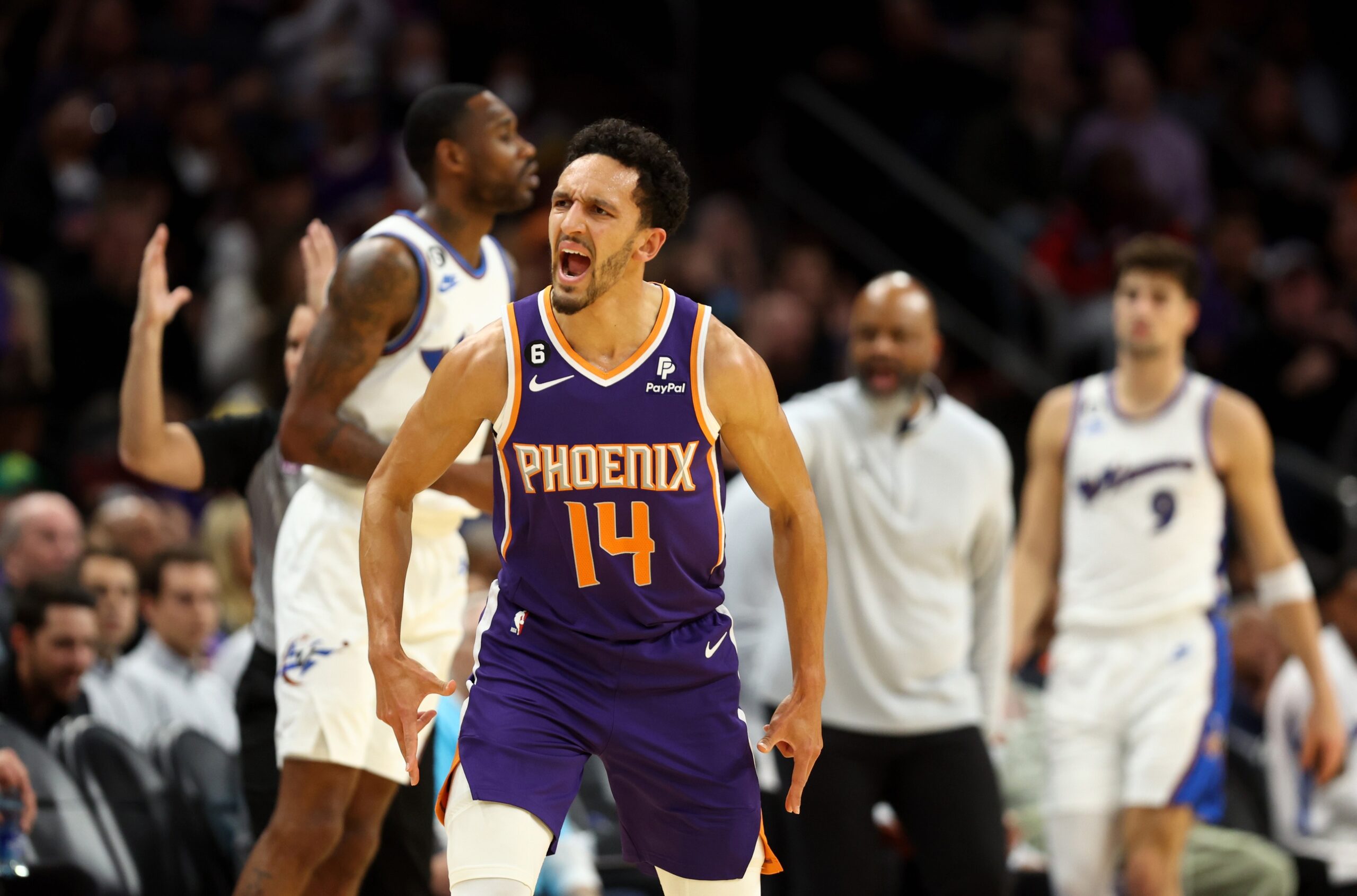 Despite a tough loss last night in which the Phoenix Suns fell to the Washington Wizards 113-110, guard Landry Shamet put forth his best performance of his career after dropping 31 points on 47.6% shooting and dropping a career-high 9 three’s which also tied a franchise record set last year by Cam Johnson in a win against the New York Knicks.

Last night, @landryshamet knocked down a record-tying NINE 3-pointers to go along with his career-high 31 points 🔥 pic.twitter.com/T7MiO81YHk

Shamet was without question the best player on the floor last night. He was getting any shot he wanted off of screens and pin-downs and he was just notching every shot that came his way. The best thing about his performance was that he wasn’t forcing any shots as it felt like he knew when to make the right pass and when to shoot the right shot.

However, despite his great production off the bench and career-high night, Shamet wasn’t too thrilled as his team didn’t get the win last night.

“It’s cool and all that, but we lost the game. It’s not about what I or anybody did, it’s about we.”

Shamet also alluded to being aggressive and changing his approach in terms of picking his spots while his teammates were finding him all night long. In terms of what head coach Monty Williams saw from Shamet, it wasn’t just the scoring that impressed him in last night’s performance from the veteran guard.

“He was stellar. He’s starting to play the kind of free basketball that we like him to play just aggressively not with just shooting threes but getting to the basket and playing with range and defensively he’s been one of our best guys. Getting over screens, staying in front of the ball. Off of a back-to-back to get that kind of effort from him was huge and we needed every bit of it tonight.”

If the Suns can get this stellar play of Landry Shamet to continue, they may have something really special coming off the bench now and into the future of this season. But for now they just got to take it one game at a time.