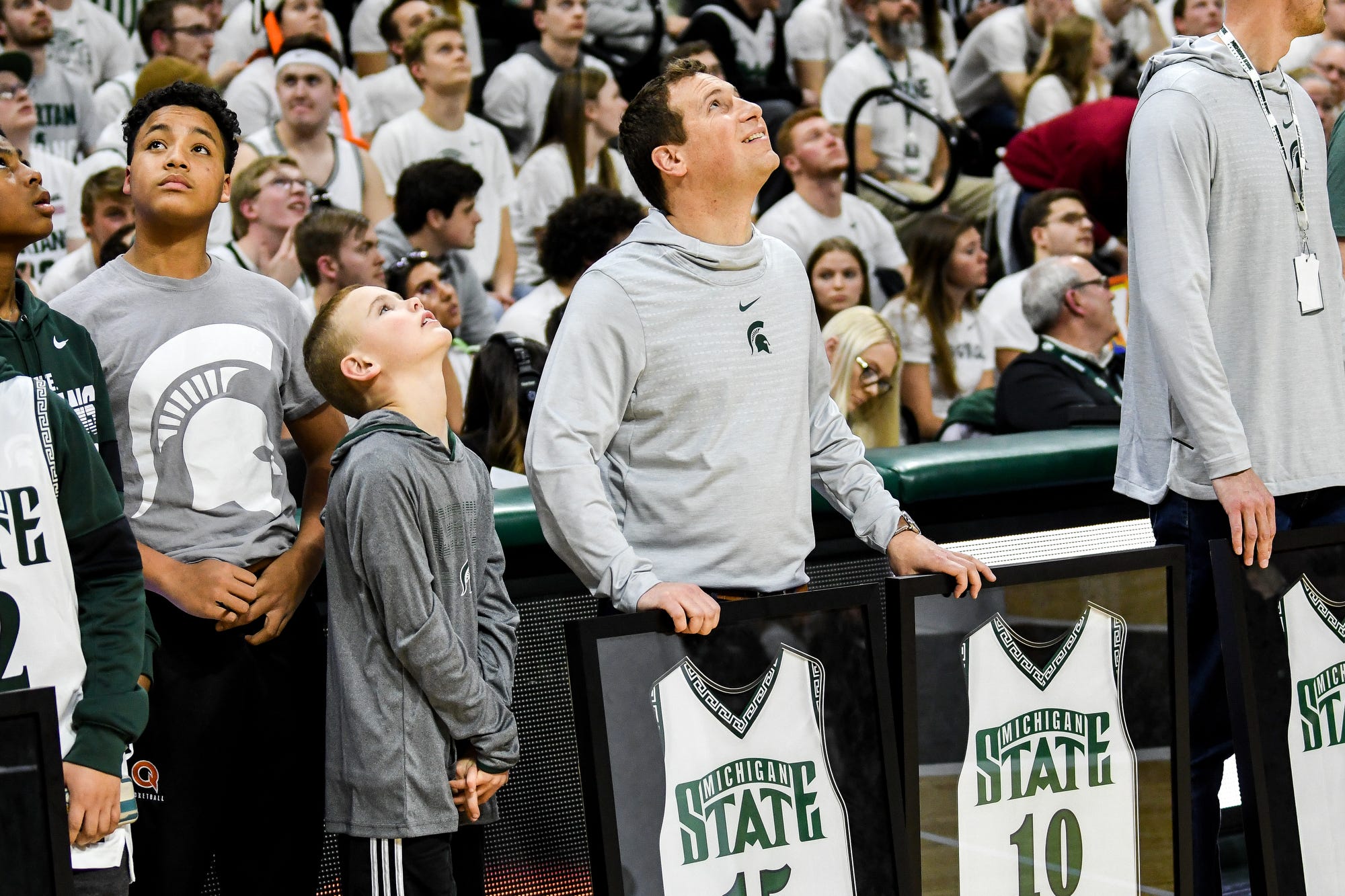 The Michigan State s Mat Ishbia and the rest of the 2000 national championship team is recognized during half time of the Spartans game against Maryland on Saturday, Feb. 15, 2020, at the Breslin Center in East Lansing. 200215 Msu Champs Honored 009a
Spread the love

Early Tuesday morning, it was announced that the Phoenix Suns were finalizing a deal with billionaire Mat Ishbia to purchase the franchise.

With this purchase, Ishbia would become the youngest owner in NBA history at age 42.

Mat is currently the CEO of United Wholesale Mortgage, which currently has a market cap of over $6 billion. At first, UWM only had 12 employees, however, this number has grown to over 7,200.

Mat Ishbia is purchasing the Phoenix Suns for $4 billion.

But he also throws epic Christmas parties, takes care of his employees, and has an intense business rivalry with Cavaliers owner Dan Gilbert.

Here are the details 👇 pic.twitter.com/oyTaSGJIWG

This deal was the largest in NBA history, topping the previous record of $3.3 billion set by Joe Tasi and the Brooklyn Nets.

The Suns’ complete value jumped from $1.8 billion all the way to $4 billion in less than a year and a half.

Appears that Mat Ishbia would crack the top-10 of the NBA's wealthiest owners.

And fans love this opportunity to really expand this franchise exponentially, given the money that is available.

Mat Ishbia is about to be the Phoenix Suns’ new owner. Seems like an ideal NBA owner, given his financial resources and love of and connections to the game. https://t.co/DsaHqg5xte

Ishbia got some shoutouts from some pretty big names, including Hall of Famer Magic Johnson.

Johnson had some big praise for Mat; they played together at Michigan State and won the national championship in 2000.

What a time for Michigan sports fans! Ferris State won the DII Football Championship, the Lions won 6 of their last 7 games, a Spartan & one of the most successful entrepreneurs in the state Mat Ishbia bought the Phoenix Suns, & the school in Ann Arbor is in the CFP top four lol!

It is an exciting time to be a Phoenix Suns fan, and the future is looking extremely bright in the valley.

Billionaire Mat Ishbia closing in on purchase of the Phoenix Suns
Trace McSorley likely to Start for the Cardinals against the Buccaneers
Loading More Posts...