Suns Hold Off Lakers in Battle of the Injuries 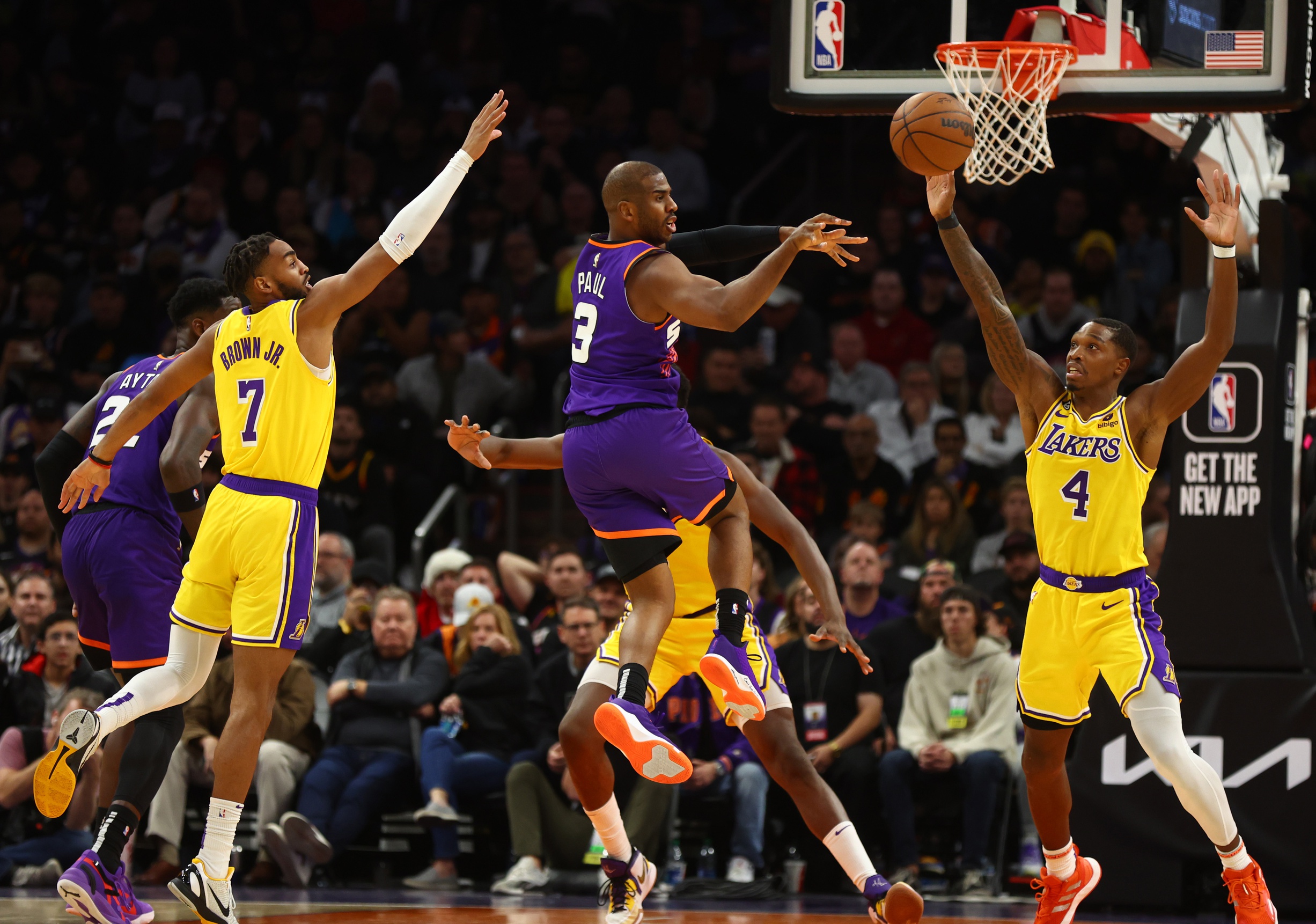 The hospital versions of the Phoenix Suns and Los Angeles Lakers were set to do battle on Monday. Both squads were without considerable pieces of their respective cores, which made for a drawn out game.

Be that as it may, Phoenix looked to put on a regular-season clinic against LA in the first half. Despite being without their leading scorer in Devin Booker (groin), the Suns were able to post a 20-plus point lead over the Lakers.

Phoenix still held the talent edge over LA for the night. The Lakers were without LeBron James, Anthony Davis and Russell Westbrook.

It was the Suns that prevailed down the stretch of an injury mismatch, with a 130-104 win over the Lakers.

Chris Paul is still working his way back into peak conditioning after missing a vast part of the early season. That seems to have reached its climax, given the Point God’s first-half performance. Paul immediately went to work on the savvy defender in Patrick Beverley. The Phoenix star guard put up 16 points along with six assists in the first half.

Paul wasn’t the only one that wanted to make a short night out of the Lakers. There was a clear mismatch in the paint without Davis, and Deandre Ayton looked to take advantage of it. Ayton finished the first half with 14 points and 10 assists, registering a double-double through two quarters.

The Suns were also able to capitalize on their lead in part to their shooting from the field (50 percent) and tallying 19 free-throw attempts. The Lakers only managed four attempts throughout the entire half.

With no real scorers to take over against Phoenix, LA’s decent shooting started to descend as the first half winded down.

Now, with a healthy lead, the Suns had to continue to limit turnovers and draw on the Lakers’ already-lingering foul trouble in the second half.

The Suns looked to gain momentum on their already-large lead, but the Lakers weren’t completely out of sight.

Without its trio of stars, LA didn’t have much to look forward to from the remaining bunch. Yet Dennis Schröder, who’d quietly had his impact on the game, was up to 30 points for the game. Schroeder was able to put up 14 points through, which helped slowly shrink the Suns’ lead.

With Lonnie Walker IV and Troy Brown, Jr. chipping in from three-point territory, the Lakers had outscored the Suns 16-11 nearly halfway through the third quarter for the game. While that was the case, the Lakers still had a near 20-point deficit to crawl out of.

The Suns also had every player in their starting unit with 12 or more points with more than four minutes remaining in the quarter.

Torrey Craig was up to 14 points, six rebounds and three assists while shooting a perfect 3-of-3 from three-point range. Mikal Bridges wasn’t having his best night from that area, but found a way to contribute from midrange and the free-throw line with 15 points as well.

The Suns appeared to not miss a beat even with Booker out. Phoenix went on an 8-0 run to close out the quarter, and Schröder’s third-quarter heroics seemed futile.

Both Damion Lee and Landry Shamet were able to capitalize on the Suns’ lead to open the fourth quarter. Shamet was primarily brought in by Phoenix last season for his shot-making abilities, which had drifted off recently.

Despite that, the Lakers weren’t far behind in scoring for the quarter with a little over seven minutes remaining. Walker IV continued to provide some needed scoring while also getting to the free-throw line.

Paul had scored 12 points in the fourth quarter with just under four minutes remaining, putting his total to 28 points on the outing. He also had eight assists on the night. Given Paul’s dominant run, it became signifying to the end of a hard-fought battle between both clubs, with the Lakers being too far out of reach to close the gap.

With the win, Phoenix moves to 19-12 on the season, continuing its push to retake the Western Conference.