Suns, Ayton Dominate Vs Lakers in First Half 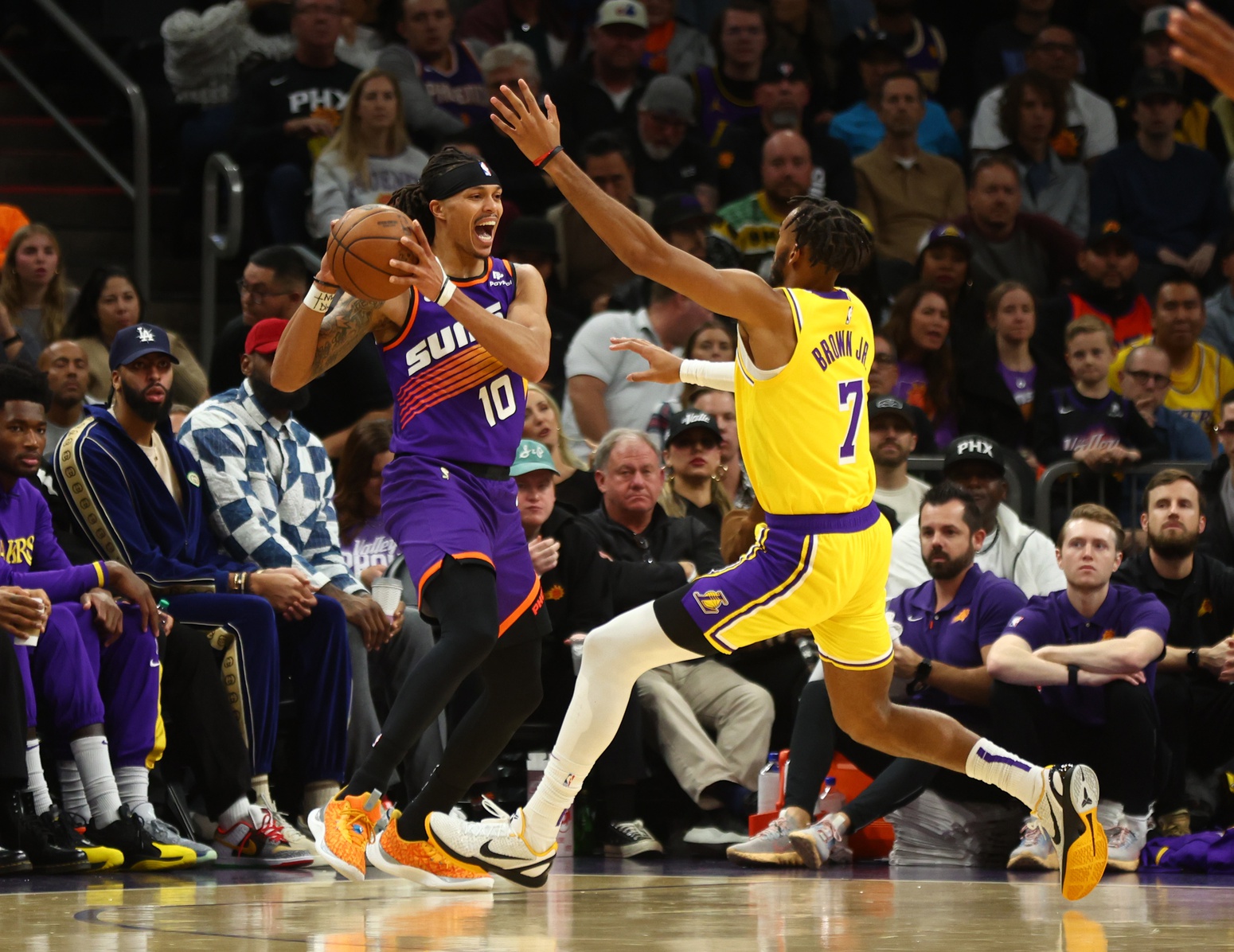 After the full injury report, it was foresaw to be a battle of the benches for the Phoenix Suns and Los Angeles Lakers on Monday. Phoenix is without Devin Booker (groin) along with Cameron Payne (foot), Jock Landale (concussion) and Duane Washington, Jr. (hip).

Phoenix is currently navigating its way through dealing with the long-term absence of Cameron Johnson (meniscus) as well. LA looked to even the playing field with LeBron James being a late-scratch for the contest along with Anthony Davis and Russell Westbrook.

The Suns appeared determined to show that their bench could provide an equal amount of productivity despite the injuries. They were able to prove their point, leading 68-44 at halftime.

The Suns, despite being without Booker, found a willingness to score in different ways that’d hindered them this season. Phoenix was able to get to the free throw line a total of eight times, knocking down six of the attempts.

Deandre Ayton was expected to have a mastery class against an AD-less Lakers team. Nine points along with six rebounds signified his impact in the paint while dealing with a backup big in Thomas Bryant.

It was Chris Paul that appeared to be coming into early-season form however. Paul was able to put up 14 points in the first quarter alone while shooting 4-of-6 from the field. He was also responsible for six of the Suns’ free throw attempts.

For LA, there wasn’t anything that the starless club necessarily did wrong compared to the Suns connecting on 66 percent of their shot attempts. Foul trouble haunted the Lakers, as they got up to five early in the quarter.

Phoenix was able to close the quarter with a 38-24 lead, and all the momentum was in their favor.

The Suns continued to hold a decent lead over the Lakers during the second quarter. Though the Lakers showed decent possessions, their carelessness overtook more times than not.

LA was up to 10 fouls with over four minutes remaining in the second quarter. Such a number put the Suns in the bonus, which took away the bit of defensive grit the Lakers may have wanted to impose.

Free throws continued to be the huge variance between the two clubs. Phoenix had managed to take 19 (14) free throws by the end of the half compared to LA’s 4 (3). Both clubs were shooting closely the same percentages from the field overall for the better part of the half.

Yet as the quarter came to a close, the Lakers’ lack of scoring showed in colors.

Phoenix, on the other hand, had an array of players stepping up while being shorthanded. Ayton was up to a double-double with 14 points and 10 rebounds. Paul added onto his impressive first quarter, finishing the half with 16 points and six assists.

Adding in the free throw attempts, along with shooting 44 percent from three-point range certainly catered to the lead.

The Suns are in a great position to finish off a contest that was destined to be a trap game.

Russell Westbrook OUT Tonight Vs. Suns
Suns Hold Off Lakers in Battle of the Injuries
Loading More Posts...