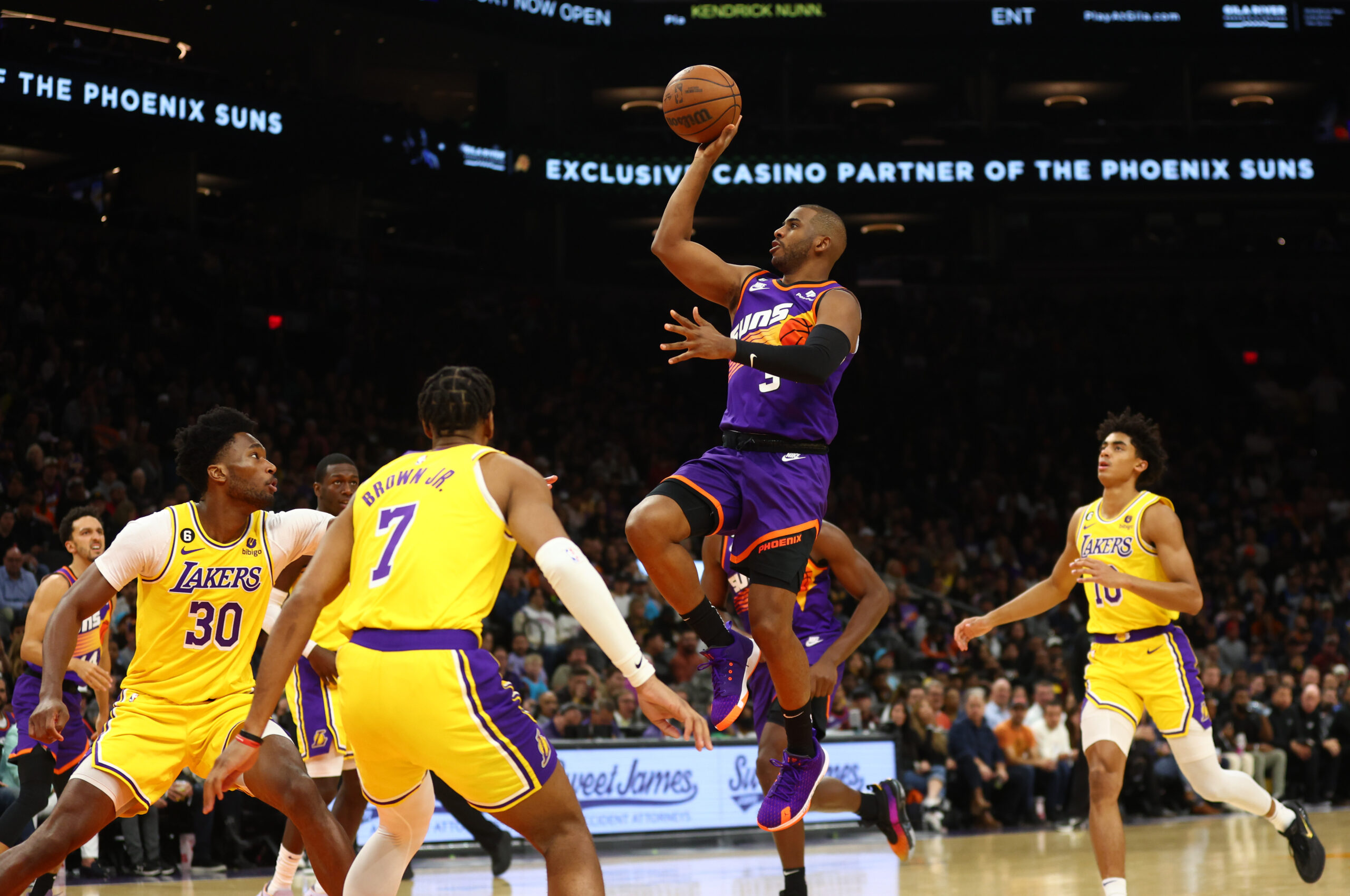 The Phoenix Suns came out victorious tonight over the Los Angeles Lakers with a final score of 130-104.

This win improves the Suns’ divisional record to an impressive 7-0 and brings them within one game of regaining the top spot in the Western Conference.

With no Devin Booker due to a groin injury, Chris Paul finally had his night and racked up a season-high 28 points and eight assists.

It was only the second time this season that Paul has recorded 20 or more points, and it was a very encouraging sign from the veteran point guard.

Yeah the Chris Paul is done narrative is not looking good right now lol. Did he take a step back absolutely, but is he done Nah!! 28pts 8ast 4rbs 2stl 50% shooting! Chess not Checkers folks he's just rounding into shape right now. Marathon not a sprint 💯🏁

But the main focus around Paul was the ongoing drama between him and the Lakers’ Patrick Beverly.

This drama of course started with Beverley shoving Paul to the floor in Game Six of the 2021 Western Conference Finals; he was then ejected, and the Suns eliminated his team from the playoffs shortly after.

Pat Bev kept the trash talk alive tonight after giving Paul the “too small” treatment. The only problem is that the Lakers were down 26 points at the time…

Pat Bev really hit CP3 with the "too small" down 26 💀 pic.twitter.com/T6YFWcfTNk

Beverly finished the night with nine points and three turnovers.

I don't think there's a more embarrassing player in the NBA than Patrick Beverley. Especially with as bad of a game he had tonight, and more importantly, how bad of an entire SEASON he's had this whole year. Not sure what he's ever done in this league https://t.co/EaaNubuipl

The one thing I can say I respect about Patrick Beverley is his commitment to hating Chris Paul and the Suns.

He may be bouncing around the league every season but he’ll always carry that hatred with him. Never seen anything like it.

Lee tied a season high with 15 points by shooting 5 of 10 from beyond the arc.

While he can be extremely inconsistent at times, it is hard to stop Lee when he gets hot.

Damion Lee is lights out from beyond the arc. pic.twitter.com/X3nmd5LMAZ

Damion Lee has never missed a 3 in his life

The Phoenix Suns will now have the opportunity to extend their winning streak to four games tomorrow night against the 11-20 Washington Wizards.

Suns Hold Off Lakers in Battle of the Injuries
Cardinals’ chances of Sean Payton quickly slipping away
Loading More Posts...