The Last Time the Suns Lost Four in a Row? 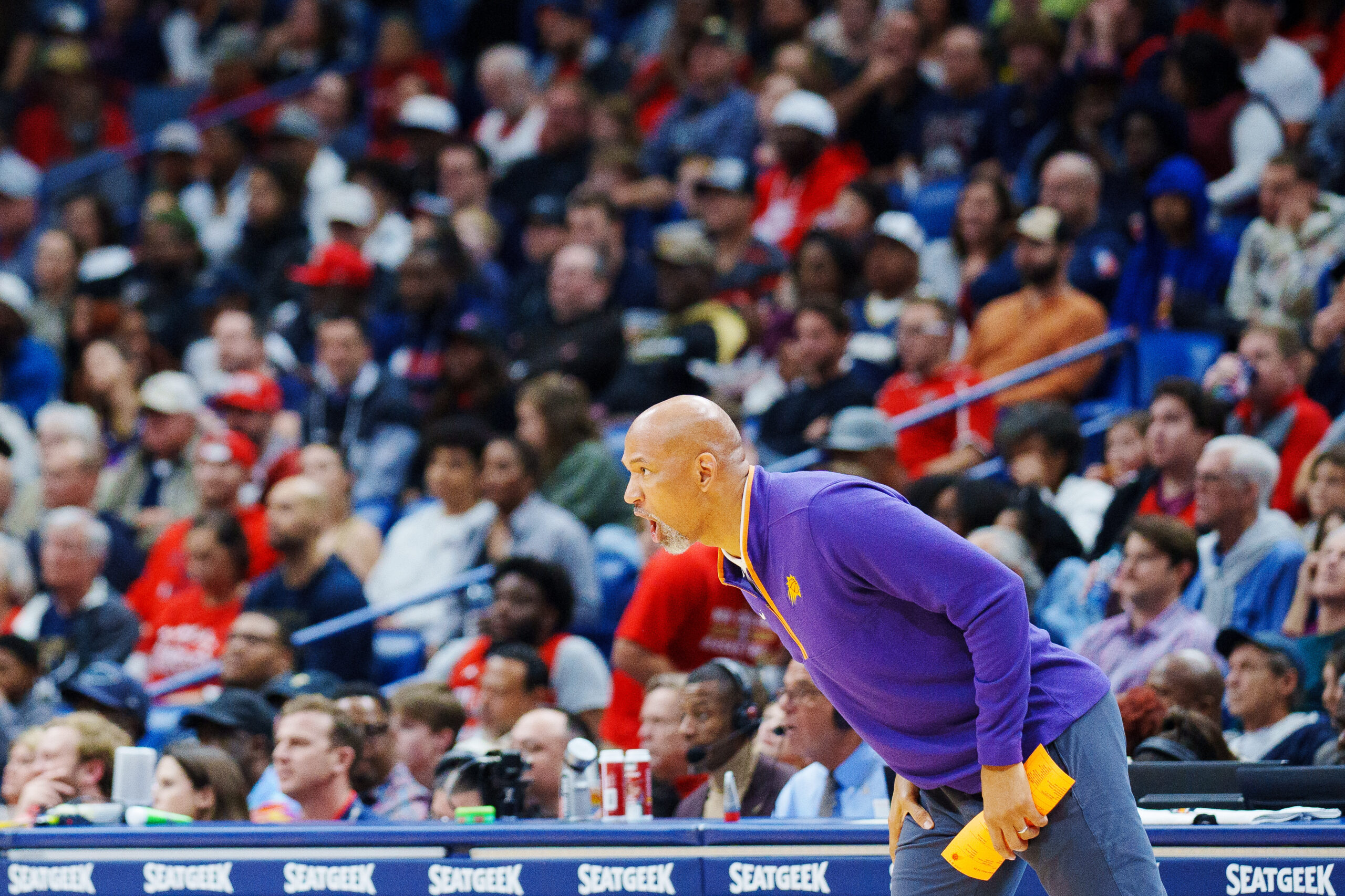 It has been a while since the Suns have slid into a four-game losing streak.

The last time Phoenix saw this happen was in the 2021 NBA Finals against the Milwaukee Bucks. This four-game stretch ended the hopes of a title coming home to the valley. It was a week that most Suns’ fans do not want to be reminded of.

Fast forward a season and a half, and after a scorching hot start to the year, the Suns have quickly shifted from first place to fourth place in the Western Conference standings. All it took was one week to raise questions about the rest of the season.

Despite knocking out the New Orleans Pelicans in first round of the 2022 playoffs, now with star Zion Williamson, the Suns had no answer. New Orleans took both of the weekend series, extending their first-place lead in the standings. The series made it clear that the Pelicans are here to stay as a threat in the Western Conference.

Williamson shot 14 for 21 from the field, leading his team with a total of 35 points. While Suns’ DeAndre Ayton gave his best effort, racking up 28 points of his own, the performance was not enough, and Phoenix lost a close one 129-124.

One of the most crucial plays came with just three minutes left on the clock in overtime. Suns’ PG Chris Paul attempted to make contact with the defender while shooting a three pointer. After it was initially called a defensive foul, this was overturned and Paul was at fault, he would have to exit the game with six fouls.

after review, this is ruled an offensive foul on Chris Paul. his 6th, and he has been disqualified during overtime. pic.twitter.com/lORNnjYPvj

Instead of Phoenix tying the game at 123, New Orleans took advantage of the overturn and put the game away shortly after.

The gesture seemed odd considering what Paul brought to their franchise when he played for New Orleans for the first six seasons of his NBA career.

Chris Paul helped put NOLA on the map but their fans reward him with boos and you suck chants. Evil world we live in pic.twitter.com/cdRXigPn2s

One of the few positives came from Mikal Bridges, who had one of his best afternoons of the year. With Devin Booker out, Bridges stepped up with 27 points and five rebounds.

Is it time to panic about the recent slump the Phoenix Suns have incurred?