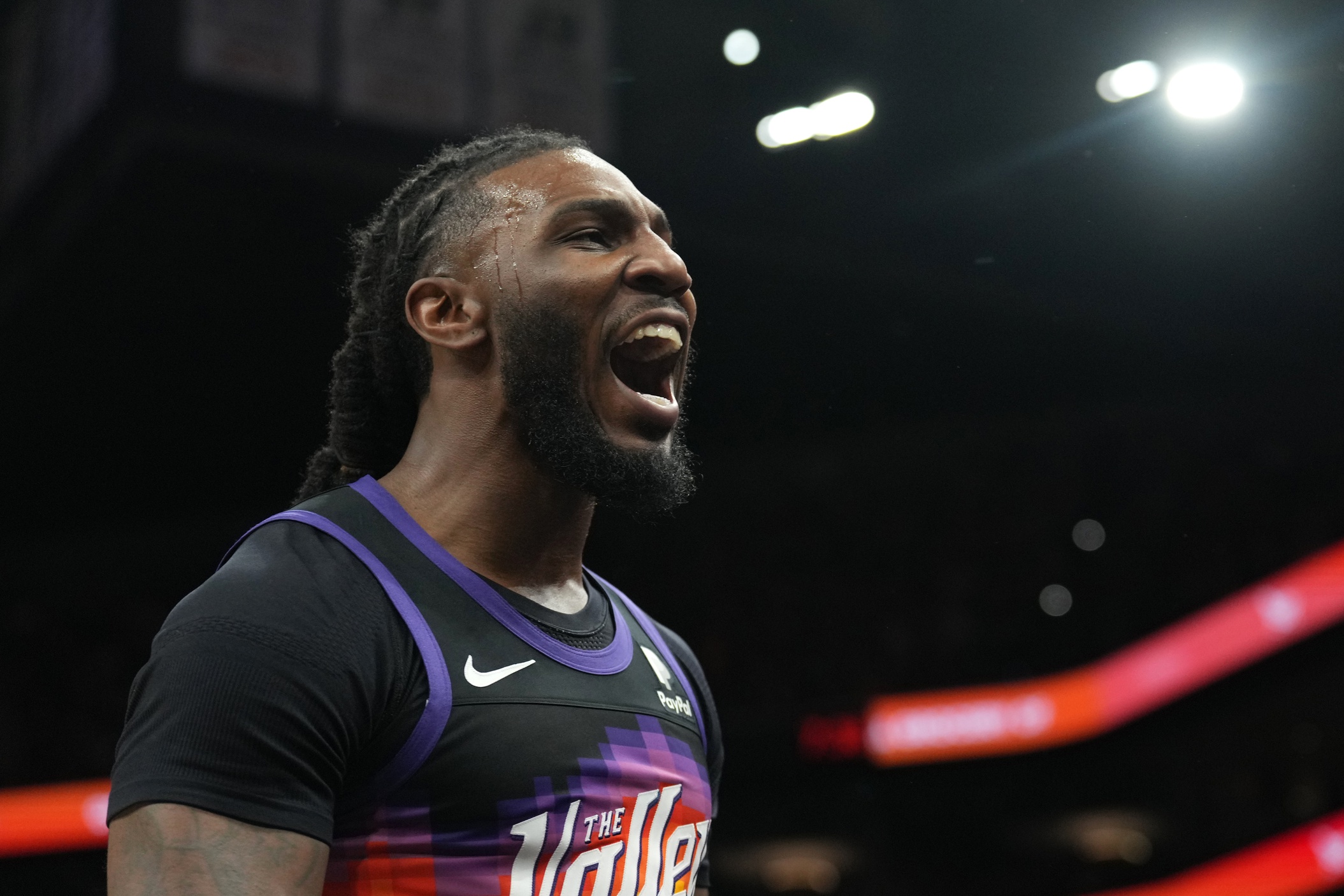 News broke out Monday morning as there is new reports coming out on the status of the Jae Crowder trade rumors. Crowder was being discussed in a three team trade that would have sent the veteran to the Milwaukee Bucks in exchange for four Bucks second round picks and players being traded to the Houston Rockets, while     the Rockets would have sent Eric Gordon and/or Kenyon Martin Jr. to the Suns according to Shams Carania.

The Suns recently engaged in three-team talks that would have sent Jae Crowder to Milwaukee, four Bucks second-round draft picks along with players to Houston, and Eric Gordon and/or Kenyon Martin Jr. to Phoenix

Crowder had sat out all season long due to seeking a trade out of Phoenix and the Suns moving forward with young player Cam Johnson who is currently out with a torn right meniscus.

In his career with the Suns Jae Crowder has averaged 9.7 PPG, 5 RPG, 2 APG and averaging 1.1 SPG while shooting 40% from the floor and 36.9% from three. He’s looking to get traded to a contender to where he’ll get quality playing time and the Bucks seem like a great fit for his services.

On the Suns end of things Eric Gordon is a 15 year NBA veteran that has averaged 16 PPG on 37% shooting from three point range. This year Gordon is averaging 12.2 PPG on 34% shooting from three after having his second best three point shooting season in 2021 shooting 41% from three. Kenyon Martin Jr, is a young player for the Rockets that comes off the bench for them. He has shot over 50% every year for the team while averaging 10.7 PPG this season.

The Last Time the Suns Lost Four in a Row?

The Suns are already a top 10 shooting team in the league and they’re looking to add on more depth off the bench to give them a good chance come playoff time in hopes to win a championship. Right now they’re riding a four game losing streak and trying to find their mojo to get back on track.

The Last Time the Suns Lost Four in a Row?
Devin Booker Out Tomorrow Vs. Rockets With Left Hamstring Tightness
Loading More Posts...