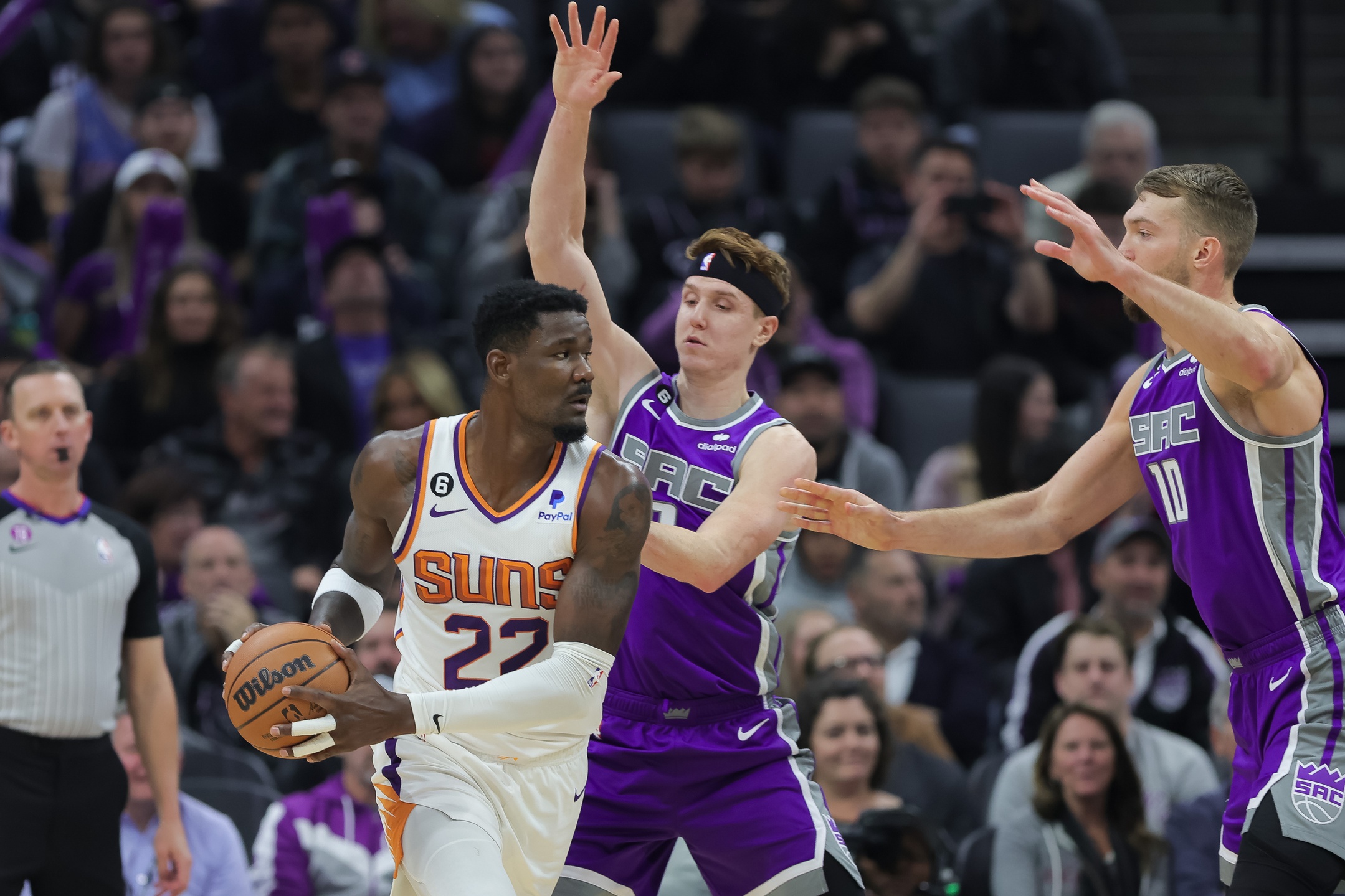 As the newfound owner of first place in the Western Conference, the Phoenix Suns will get another test as they visit a challenging Sacramento Kings squad on Monday. The Kings have surprised the league, as they sit at sixth in the standings with a real shot at playoff contention.

The Suns are enjoying a four-game winning streak, all while being without guard Chris Paul for the last 10 games. As Phoenix continues to attempt to extend its winning streak, the Suns trail the Kings 64-63 at halftime.

The Suns needed to match the Kings fast-paced tempo that’s given Sacramento early success this season.

Similar to prior games recently, the Suns got off to a slow start from three-point territory in the first quarter. It was a trend that couldn’t last long if Phoenix planned to hang around in the contest.

It was a tight match throughout the quarter, but Sacramento seemed to have the edge on Phoenix in intensity. Kevin Huerter jumped out fast with nine points helping extend the Kings’ lead.

Yet a Damion Lee three-pointer started a 12-0 run for the Suns that saw them take the lead for the quarter.

Phoenix was able to control the glass in the first quarter, outrebounding Sacramento 14-8. Devin Booker played a huge role in that effort with five rebounds. Booker also scored 10 points in the quarter, helping push the late run in the quarter.

Turnovers hindered Phoenix’s early success in the quarter, but it became a more controlled effort on ball-handling towards the end of the quarter.

Phoenix started out the second quarter with a Duane Washington, Jr. – Landry Shamet backcourt. With De’Aaron Fox remaining in the game, it could’ve become an easy window for the star guard to add points in a hurry.

The bench, including Mikal Bridges, kept the Suns alive and in the lead despite a few ties as time hit the eight-minute mark. Phoenix put its starters back in shortly afterwards, but it was a bench player from the Kings that kept his team in the race.

Malik Monk was putting on an impressive display for the reserves squad, putting up eight points for the game nearly halfway through the second quarter. On the opposite end, Torrey Craig was up to eight as well for the starters, though his role has had a heavy increase from being a bench player since Cameron Johnson’s injury.

Monk continued to be the driving force for the Kings, while Booker answered the call for the Suns. The contest reached 16 ties as time went beneath one minute in the half. It was truly a back-and-forth affair, one that featured fast-break scoring and defensive pressure mounting in turnovers. Phoenix was up to 10 turnovers while Sacramento had eight.

Despite the bombardment of scoring from both sides, the Kings were able to hold onto a one-point lead going into halftime. Booker leads all scorers with 21 points on an astounding 10-of-13 shooting mark for the night.