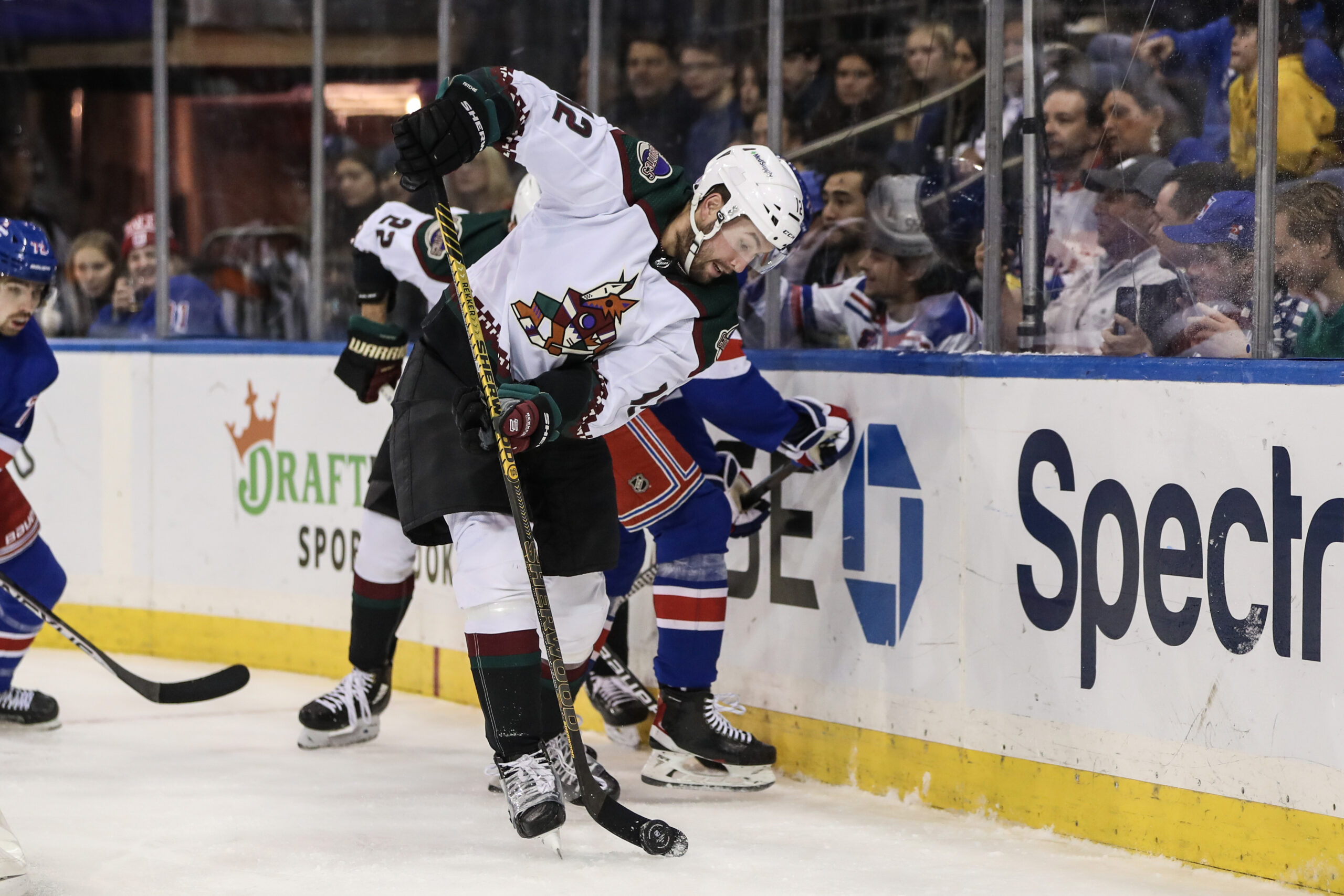 The Arizona Coyotes are 3-2 in their last five games. Which sounds better than the reality of them losing 2 straight by multiple goals. Thursday night the Coyotes will travel to Las Vegas to take on the Golden Knights, one of the best teams in the NHL.

What Can we Expect Tonight?

The Coyotes have been for the most part of this season, a competitive team. They have played majority of games close, usually giving up goals in bunches being their downfall.

No matter how competitive you are, if you give up 2-4 goals in a 10 minutes part of a period, it will be tough to pull out a victory.

Tonight expect a high scoring affair. Two of the best offenses in the NHL in the Golden Knights and the Coyotes will combine for some fireworks and some point in tonight’s game.

As I mentioned above, this game is you watch without the score board will feel and look like it is a close one. As long as the Yotes keep Las Vegas on their heels, they should be in the game.

If you Golden Knights come out and put a few goals up in the first, well just the first thing I mentioned will happen, there will be a lot of points.

Hockey is a physical sport and both of these teams play physical, just a little difference in their approach. The Coyotes have the grit of an old western cowboy. Whereas the Golden Knights have a prowess of a lion in their approach.

The Coyotes will fight, push, shove and do whatever imaginable to gain an edge. Where the Golden Knights are more methodical, they would rather win than have their presence felt.

Tonight Arizona will try to get on track against arguably the best team in the league.