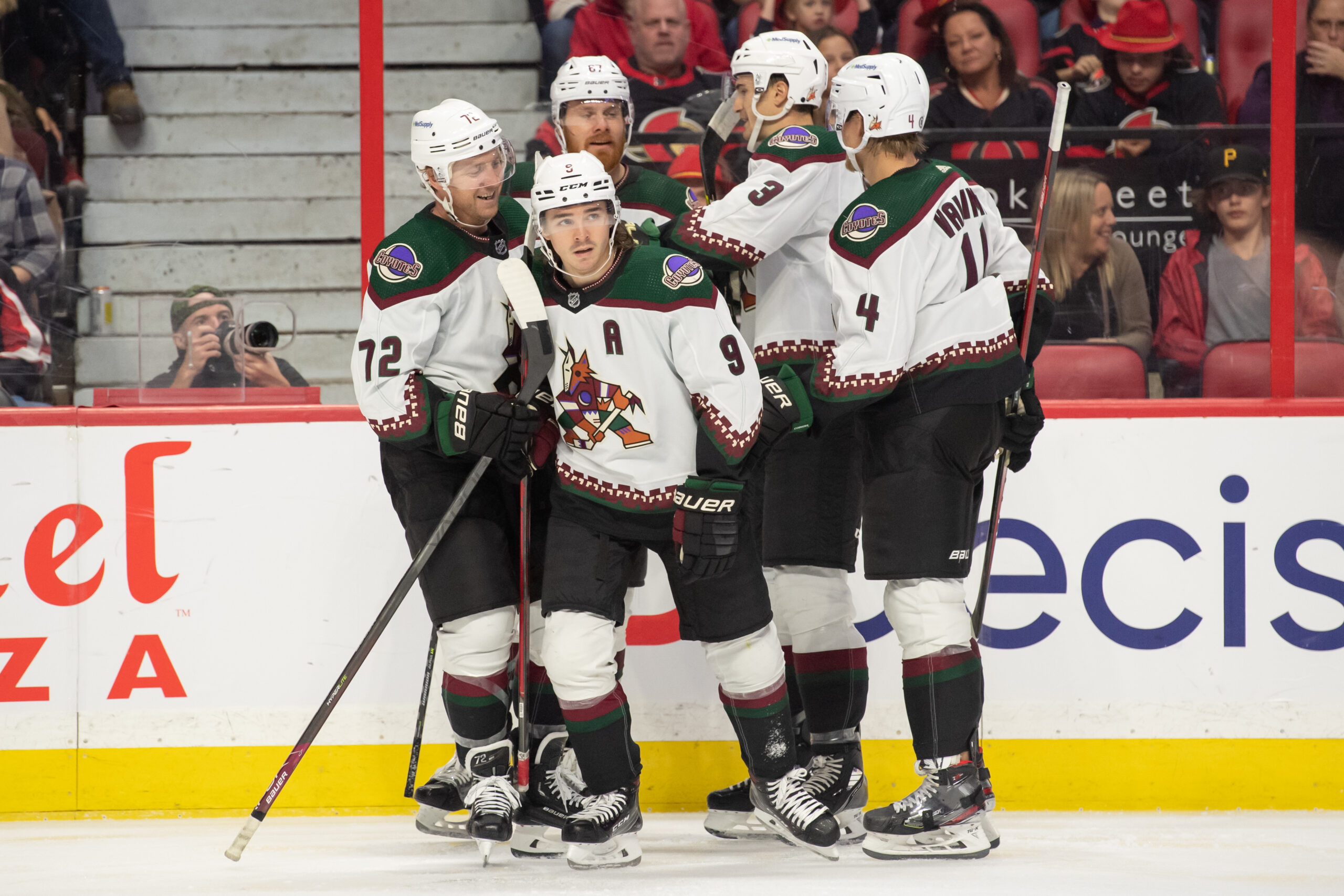 The Arizona Coyotes look to expand their winning streak Saturday against the New Jersey Devils. Coyotes have another streak on the table as well, being the only team to score 2+ goals in every game thus far in the season.

Clayton Keller, the left handed veteran has 11 assist along with 4 goals of his own. Becoming the biggest source of offense for the Coyotes.

Look for Keller to get a few good shots on the net today in New Jersey. More importantly look for him to get some teammates involved early moving the puck around and generate some points off an assist.

Shayne Gostisbehere is the Heart and Soul…

Shayne Gostisbehere is the glue guy on this young roster. He sets the tone as the game unfolds for these young players around him.

Gostisbehere is second in points behind Keller with 10 total, with 4 goals and 6 assist. He also skates some of the most minutes in the league at around 21 minutes a game.

Lawson Crouse and Nick Ritchie both has 8 points along with Travis Boyd. All three providing that second wave of scoring behind Keller and Gostisbehere.

Look for two or more of these players to get some goals and assist today against the Devils. Projected to be a high scoring affair, with two of the higher scoring offenses in the league.

The Coyotes are on a 3-game winning streak coming into Saturday’s match-up. As well as being the only team to score 2+ goals in every game this season.

Showing that if at the least, this young team in consistent. On this 3-game winning streak Arizona has won game is almost every style of fashion you can play.

Not only have they found they confidence on this 3-game streak, if you look back the Coyotes are 4-1 in the last five games played. The only loss coming from the Dallas Stars in a 7-2 fashion.

Going back the last 7 games and Arizona has not given up more than 3 goals in a game outside of that Dallas Stars game mentioned above.