What the Cardinals Could Expect From John Wolford 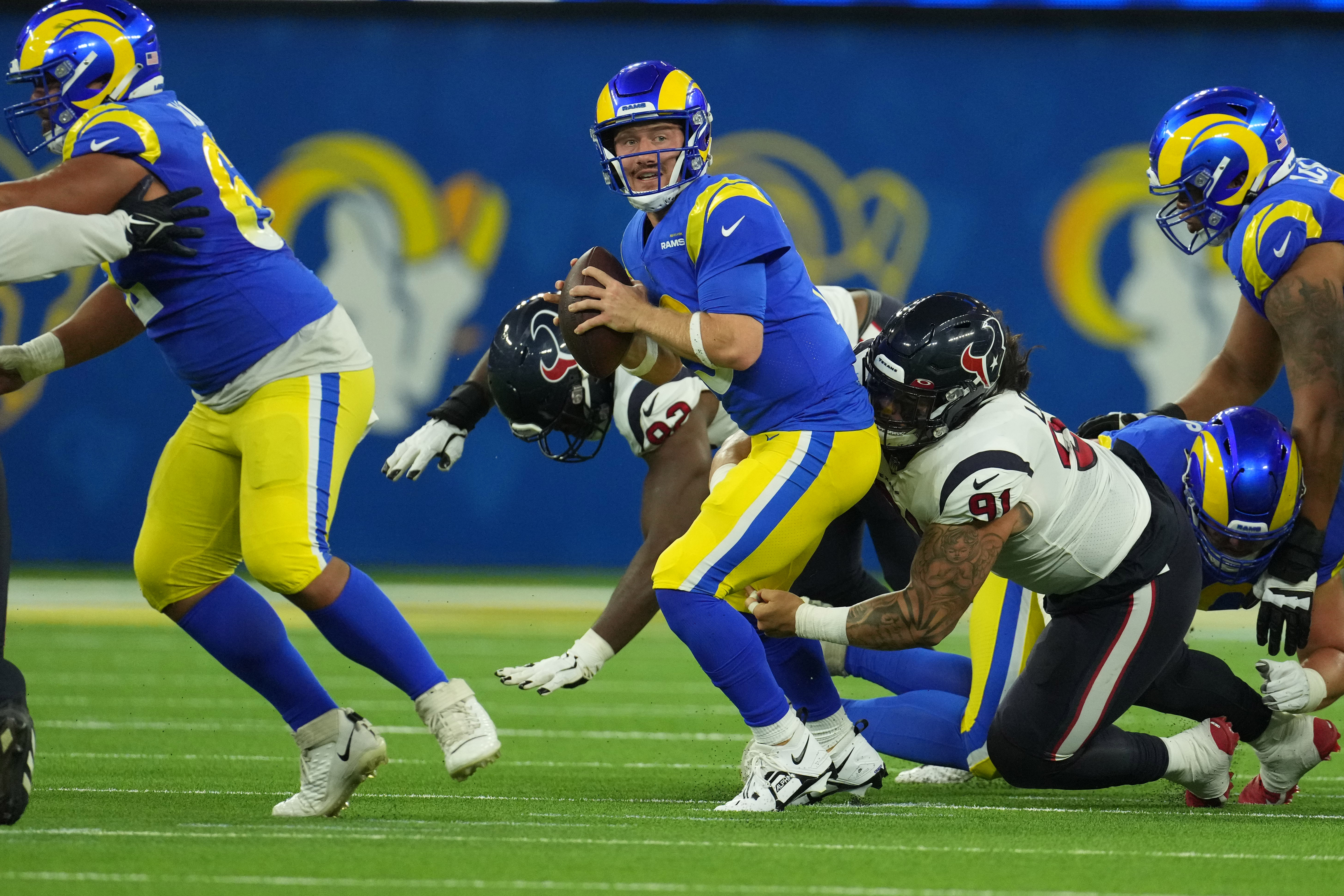 If Los Angeles Rams quaterback Matt Stafford does not clear concussion protocol, the Arizona Cardinals will face Rams backup quarterback John Wolford. Wolford has led the Rams to a victory against the Cardinals before. Wolford last started a game in the 2020 season.

Although Wolford has not played much, he knows the offense and has a good command of it. In addition, the backup quarterback has won of the best receivers in the NFL to lean on in Cooper Kupp. The receiver has 72 catches for 813 yards and six touchdowns this season.

The one thing about Wolford is that he will be prepared if called upon to play on Sunday. It all starts with your preparation. If you prepare well, the game is much easier. Also, Wolford is an athletic quarterback that can scramble and make plays with his legs. That’s something the Cardinals would have to watch out for; Stafford is not known for making plays with his feet.

In Wolford’s last start against Arizona, he completed 22 for 38 passes for 231 yards, with no touchdowns and one interception. He also rushed for 56 yards on six rushes. If Wolford is the quarterback on Sunday, look for a similar game.

Wolford will look to get the ball to Kupp; if nothing is open, he will run the ball. The quarterback will try to play mistake-free football to give the Rams a chance to win. Rams head coach Sean McVay will likely adjust his playcalling if Wolford starts. McVay would probably call plays with Wolford rolling out, so he can make plays with his feet.

Arizona Cardinals Vs. Los Angeles Rams Predictions & Odds
How Many Losses Can the Cardinals Afford?