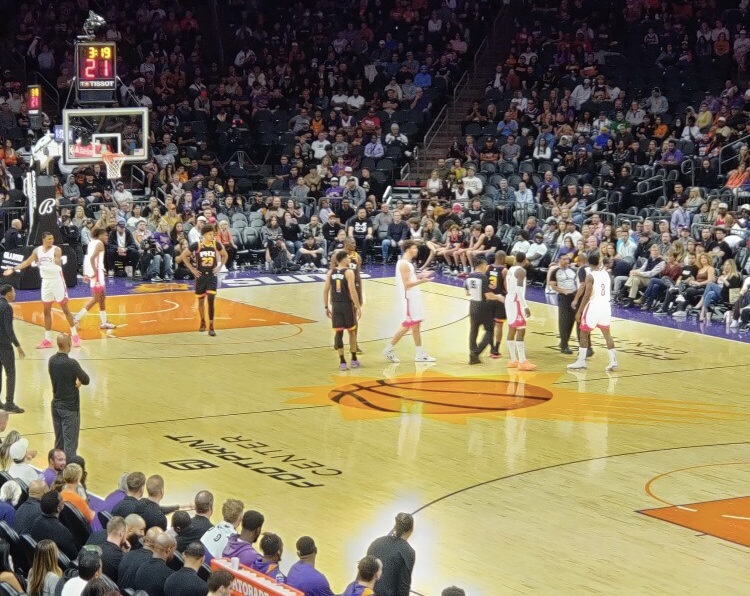 Phoenix Suns improve to 5-1 on the season behind Devin Booker‘s impressive performance. The victory puts the Suns at the top of the western conference, tied with Portland for the best record in the West.

The Suns have been coming out aggressive in games, taking a controlling lead and coasting to victories early this season. Through two weeks of the NBA season, Phoenix has not missed a stepped from last season.

A season that saw the lead the Western Conference for most of it.

Our very own Franklin Miller caught all of the action Sunday night. As he recaps the performance in the Valley.

Highlighting the bench production lead by Jock Landale. According to Miller, the Footprint Center was rocking in the Suns win over the Houston Rockets.

Suns Vs. Rockets- Game Recap
Suns Share Number One Spot in the West