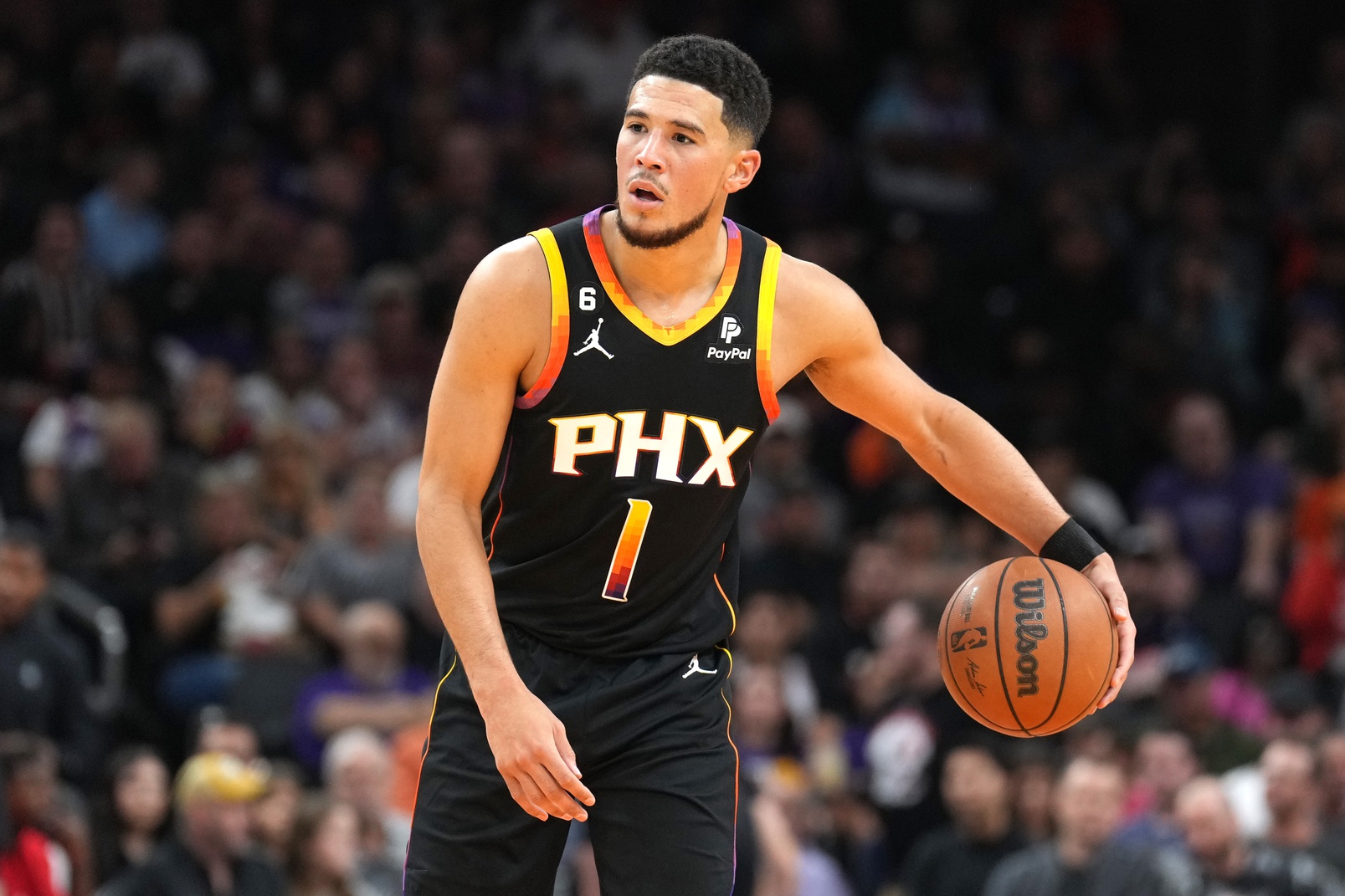 The Phoenix Suns hosted the Houston Rockets at Footprint Center during their homestay. While the Suns had the Rockets in experience, the hustling and peskiness of Houston made them a challenge throughout the contest.

Luckily, the Suns were able to walk away with a 124-109 win over the Rockets, improving to 5-1 for the season.

The end of the first half quickly became the Devin Booker and Jock Landale show. Bismack Biyombo is Deandre Ayton‘s primary replacement while he nurses an ankle injury, but Biyombo sat after getting hit with two fouls early in the first quarter. Booker put up 21 points while Landale scored 16 points.

The Suns were in need of some additional scoring and defensive presence with Ayton out. Cameron Johnson and Mikal Bridges didn’t contribute much, but held their own respectively on the defensive end.

The Suns went into halftime leading 65-56.

Booker got right back to where he left off in the first half. The star shooting guard registered 28 points on 13-of-22 from the field. He also showed his improvement defensively after being tasked with some of Houston’s quicker guards.

Chris Paul, who possibly is cementing his new role within the team, was up to 12 assists by the end of the third quarter. His descension as a scoring threat was seen as a decision to elevate both Johnson and Bridge’s roles on offense.

The remainder of the bench aside from Landale filled in well to balance the starters. Landry Shamet had eight points at the end of the third while showing effort on the defensive end. Shamet had two steals in the third.

The Suns as an entirety hadn’t shot the ball well going into the fourth quarter, shooting below 30 percent from three-point range.

Cameron Payne stepped up to lead the Suns with a critical three-pointer. He also turned back on defense to draw an offensive foul on Jabari Smith, Jr.

While Biyombo had been tremendous on the defensive end, he registered his first bucket during the fourth quarter. He had four blocks throughout his time of play prior to his first scoring basket.

The Rockets, much like the entire game, were able to hang around despite Phoenix keeping a lead throughout the game. Kevin Porter, Jr. led the way for Houston with 26 points while Jalen Green added in 15 points. The Rockets deserve credit for giving a contender such as the Suns a difficult night. With a starting group that has mostly players under 25, Houston has a ways to go into building a contending core.

Yet it was the Suns who prevailed late in the fourth quarter. Johnson and Bridges hit corner three-pointers to help put the Suns up 117-102 with time just under two minutes. The remainder was cemented by a late dunk by Bridges followed by another corner three from Johnson.