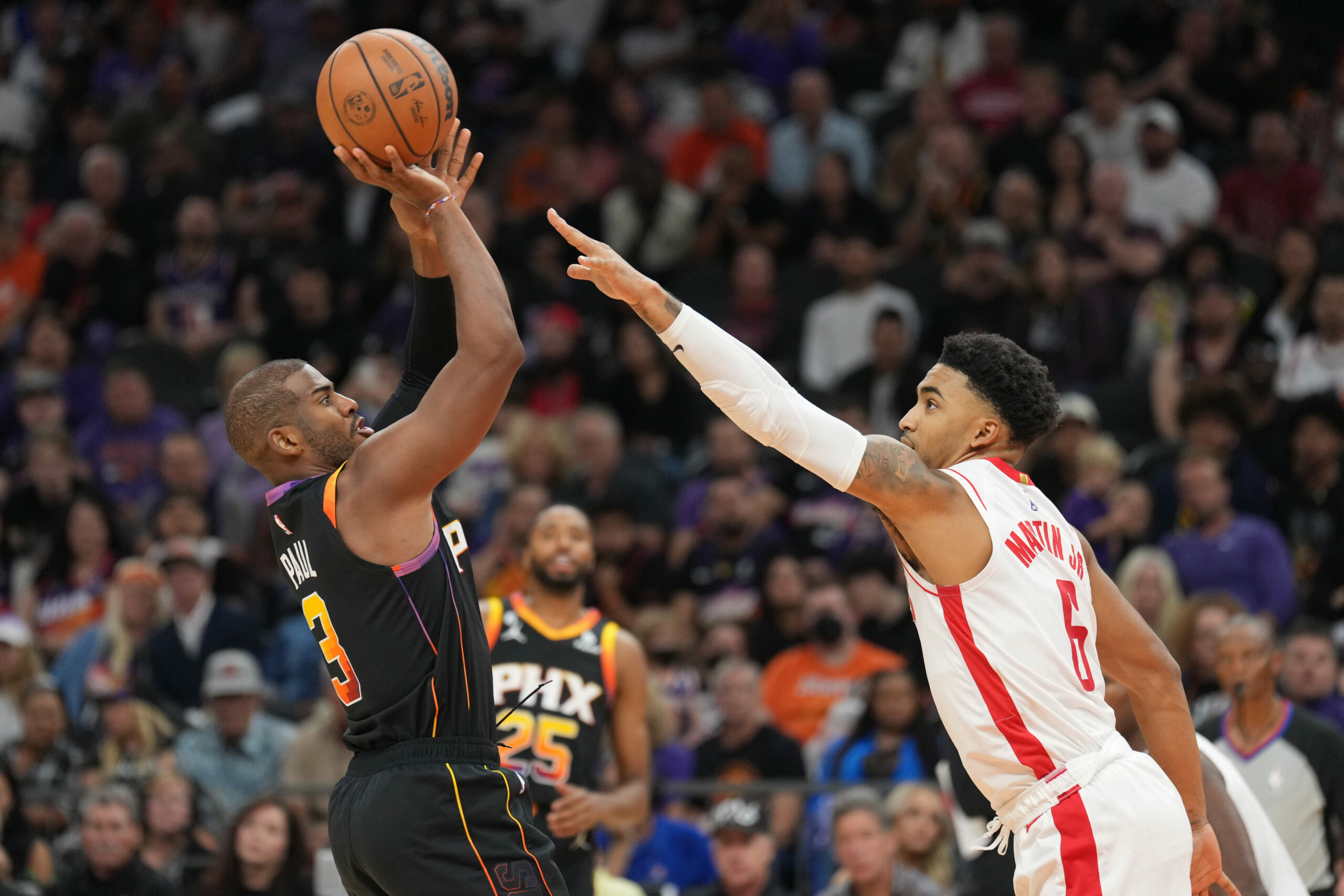 After the win last night against the Houston Rockets. The Phoenix Suns are now tied with the Portland Trail Blazers for the number one spot in the Western Conference. The Suns have been at the top of the West the last three seasons. By week’s end could hold sole position at number one.

Suns Only Lost this Season…

The Suns only lost this season happens to come from the Trail Blazers in the second game of the year. Phoenix traveled to Portland on October 21st and lost an overtime thriller by two points.

It is hard to imagine that in a game where Devin Booker dropped 33 points, Deandre Ayton put up 26 points, and Chris Paul scored 10 points with 12 assist that the Suns could lose.

Damian Lillard was a man on a mission, putting up 41 points by himself while Jusuf Nurkić dominated the boards with 17 rebounds and 20 points of his own.

This Friday night and Saturday night, the Phoenix Suns will welcome the Portland Trail Blazers for back to back games in the Footprint Arena.

These two games will give the Phoenix Suns a chance to take sole possession of the number one spot in the conference.

Two key players who will possibly be returning from minor injuries in this double header are big man Deandre Ayton for the Suns and Portland’s heart and soul in Damian Lillard.

Ayton suffered an ankle sprain a few games ago and is reported to miss a week, while Lillard suffered a calf strain against Miami last Wednesday and is game to game status on when he will return.

Devin Booker Balled Out on his Birthday

Phoenix Suns at the Top of the West…

For the last three seasons the Phoenix Suns have sat atop the Western Conference. As they continue to play excellent basketball lead by head coach Monty Williams and veteran point guard Chris Paul.

Regular season success has been a staple in Phoenix since the turn of the 2020’s. Games against other top teams solidify that they belong at the top of the standings.

The journey of the 2022-23 season has just begun and is a long one. Taking control of the conference early gives the team and fans confidence in where they stand come postseason.