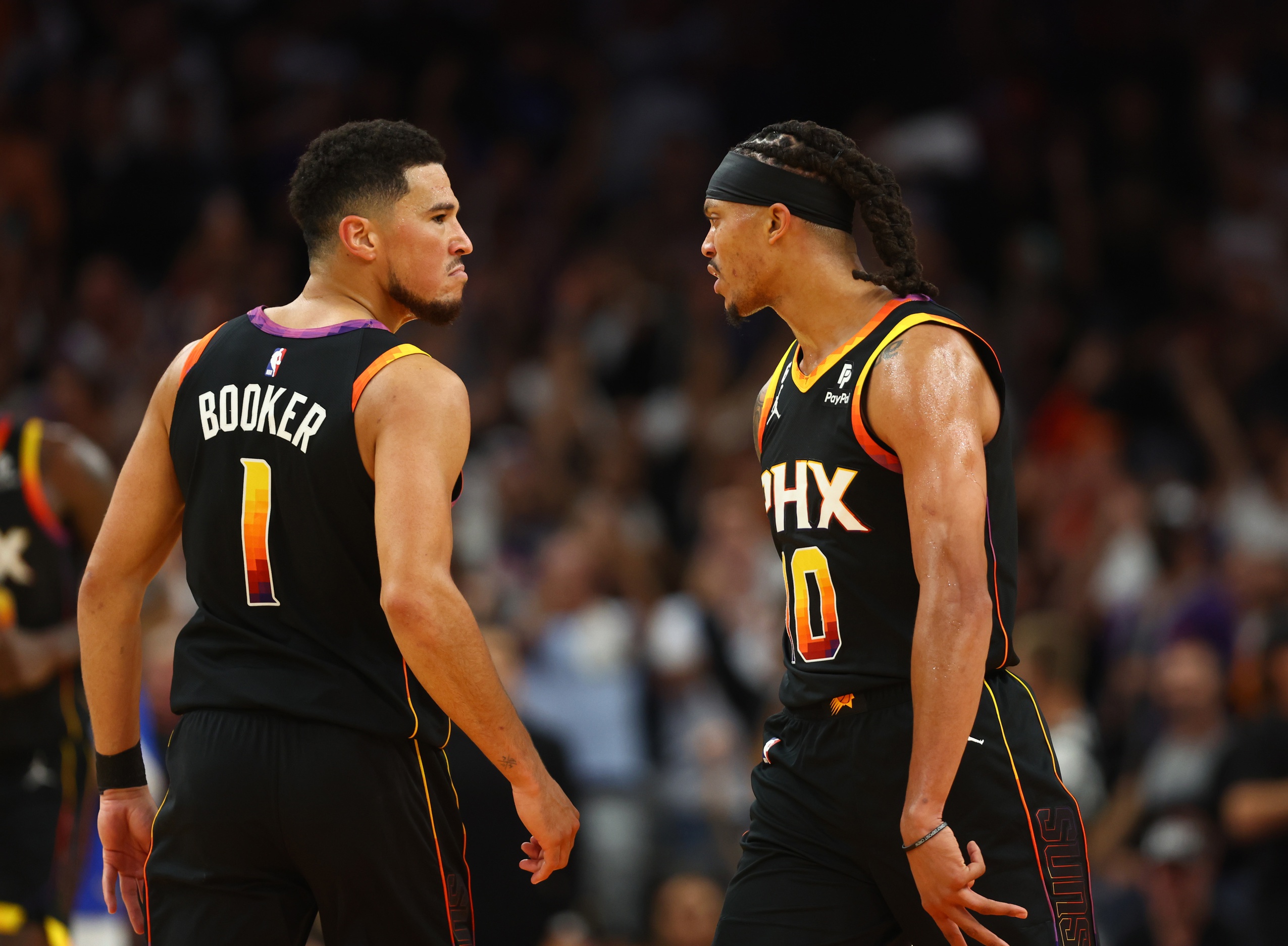 The Phoenix Suns have won their last eight contests against the Houston Rockets and are hoping for the same on Sunday. The Suns are currently on a three-game winning streak following a win against the New Orleans Pelicans.

With that, the Suns lead the Rockets 65-56 at halftime.

Devin Booker led all scorers after the first quarter with 11 points. Booker went 5-for-10 from the field, taking a decent amount of shots for one quarter. After finishing with 16 points against the New Orleans Pelicans, trying to find his rhythm early was a key point.

Bismack Biyombo stepped in for an injured Deandre Ayton, but Biyombo found himself with two early fouls in the first quarter. Cameron Johnson and Mikal Bridges combined for eight points during the first quarter. Chris Paul only mustered up two points, but he distributed the ball well, dishing out five assists.

Despite the Rockets being a young squad, they shot the ball particularly well during the first quarter, which led to only a five-point gap for Phoenix.

With Biyombo sitting from foul trouble, Jock Landale got to his early-season successes as a backup big. He had six points and four rebounds as the second quarter reached the eight-minute mark.

Still, the Rockets found themselves within striking distance at this time too, given the Suns’ seven turnovers.

Guard Garrison Matthews helped narrow the lead for the Rockets after knocking down his second three-pointer of the half. His quick-thought shot selection embodied the Rockets’ offensive style. The Rockets were able to capitalize off athleticism and speed for open looks, which converted to some quick threes. It wasn’t enough for a balanced Phoenix offense though, which stayed the course despite Houston’s runs.

Landale continued his impressive efforts, putting up 16 points and six rebounds throughout the first half. It’s been Landale’s more notable performance since his arrival in Phoenix. The problem for Landale will be staying out of foul trouble for the remainder of the contest. He’s up to four fouls already with Biyombo having three. Having both big men available will be important for a shorthanded frontcourt.

Booker finished the half with 21 points, adding onto his impressive night thus far.