Devin Booker Balled Out on his Birthday 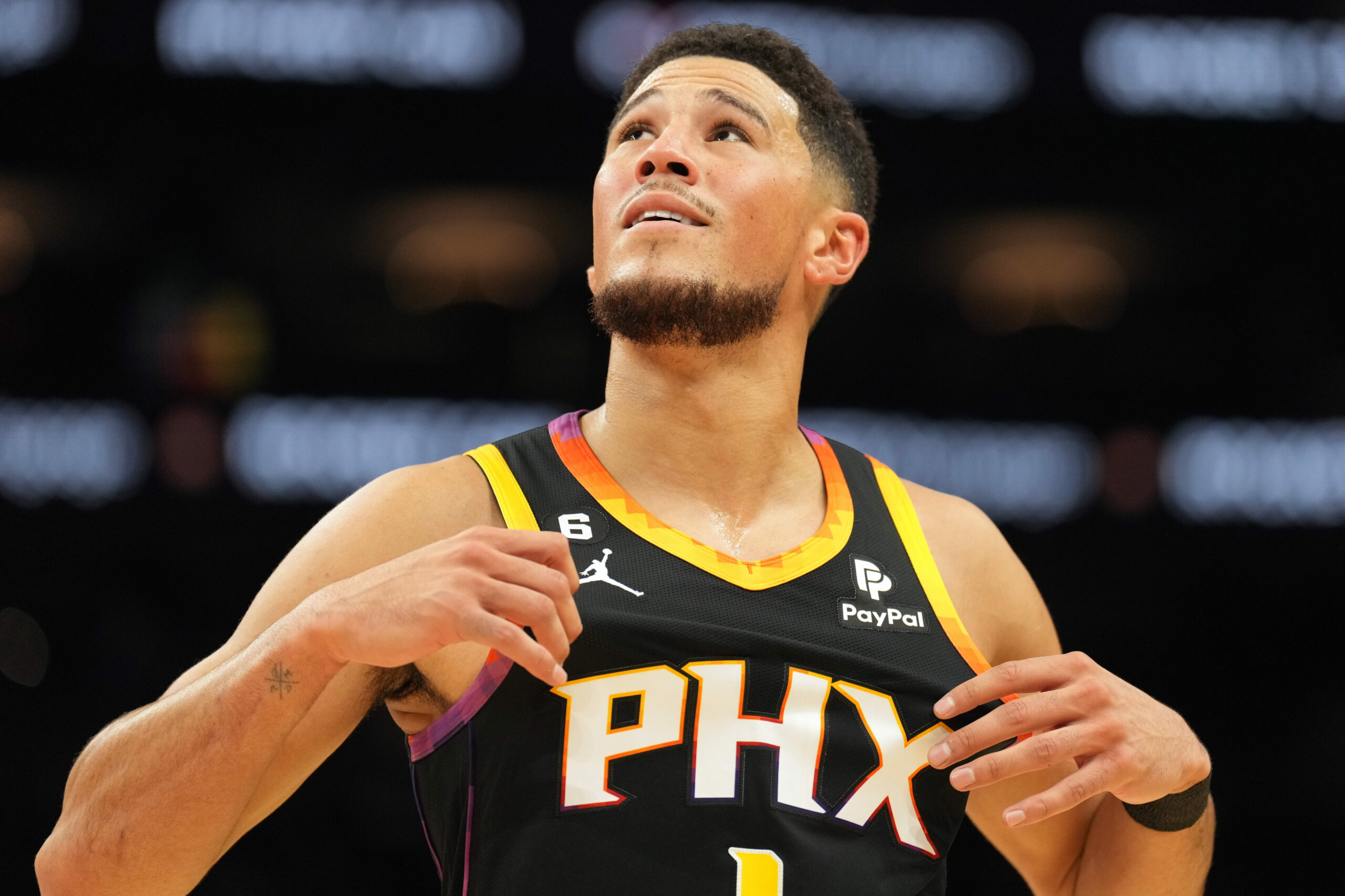 The Phoenix Suns took the floor Sunday night against the Houston Rockets in the Valley. Phoenix’s golden boy, superstar Devin Booker celebrated his 26th birthday as well. For his special day he decided to put on a scoring clinic in the contest. He came out shooting early and never stopped.

He lead both teams on Sunday night with 30 points. Even though his long range shooting was a tad off going 1/7 from behind the arc, he killed opponents with his signature mid-range game.

He shot the ball at a cliff of over 50% from the floor, 14-24, receiving love from local fans with every bucket.

One of the best scorers in the league!
Happy 26th @DevinBook pic.twitter.com/1PqndcW5Ag

Devin Booker comes out to the court to a bunch of birthday cheers as he’s ready for a huge bounce back game on his 26th birthday against the Rockets. #WeAreTheValley pic.twitter.com/4CAqOQIyIe

Devin Booker came out on fire putting up a number of shots in the first quarter, setting the tone for what would end up being a huge night for the 3x all star.

Booker is aggressive early in this game. Already up to 9 shots in only 8 minutes of play. Williams taking advantage of this Rockets defense early with a lot of pick and roll action

At only age 26 Booker is already eight seasons into his NBA career. The one and done star out of Kentucky got drafted at the young age of 18, like stars before him Kobe Bryant and LeBron James (both Bryant and James drafted out of high school).

His early draft will give him an edge as long as he can stay productive in the history books. We might be witnessing one of the greatest careers of all time when the smoke settles.

Booker, already respected in the league by fans, coaches, and players from all teams as one of the best. He will only get better.

Devin Booker is a great basketball player, and us here at Burn City Sports wish him a happy birthday.