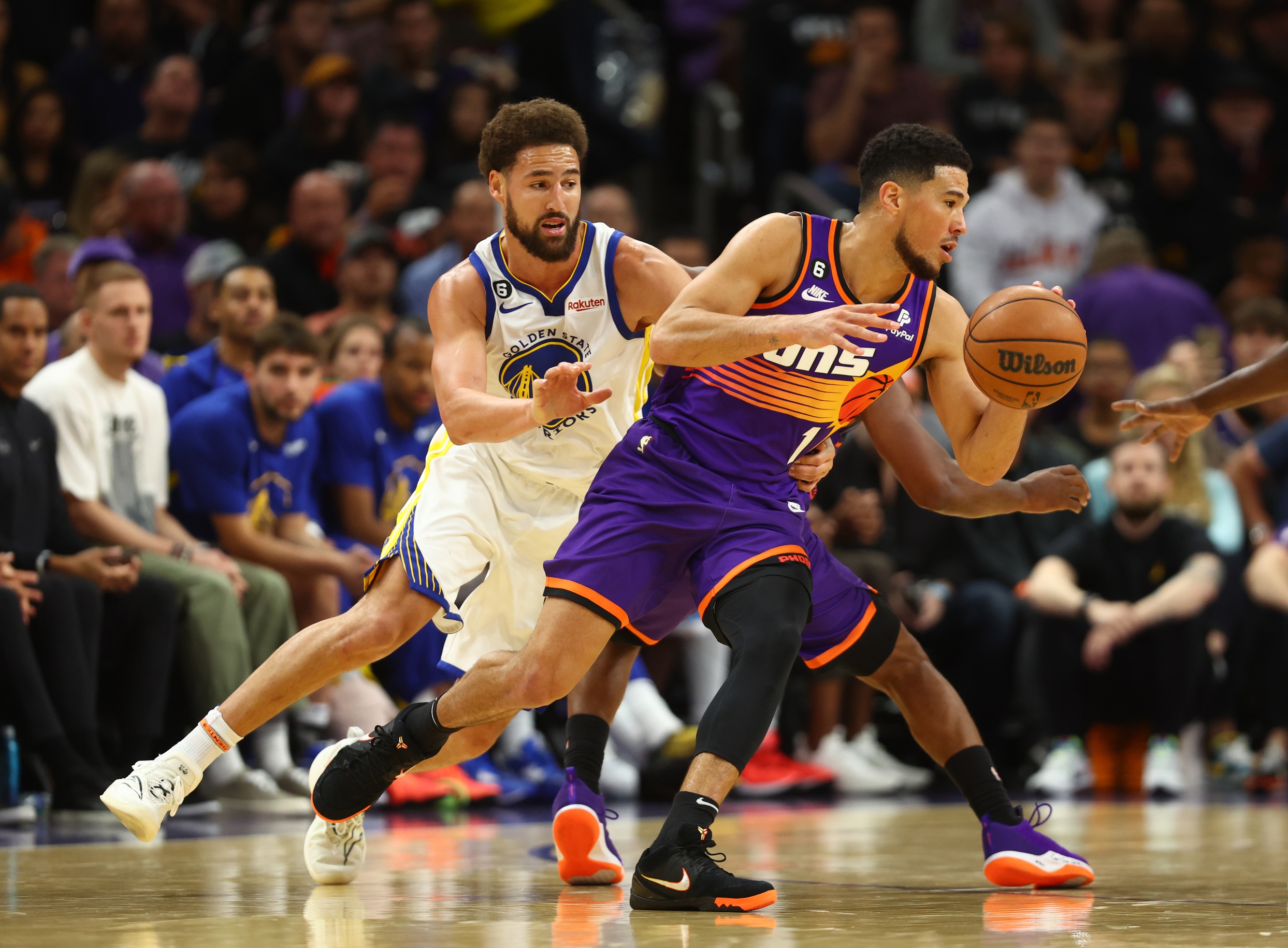 In last night’s 134-105 win against the Golden State Warriors, things got chippy between Sun’s players and 4-time champion Klay Thompson.  One of the players that were in the middle of the back-and-forth trash-talking in the third quarter with Thompson was Suns star, Devin Booker who finished with 34 points en route to the blowout win.

After the game, Booker was asked about the exchange between him and Thompson that led to an ejection and Booker had nothing but positive things to say about the former all-star.

“Just two competitors, I mean in my postgame interview I said it. I love Klay Thompson I have for a really long time,” says Booker after last night’s win against the Warriors. “But that doesn’t excuse us from being competitive and talking to each other. I’ve always admired his game and how he plays on both sides of the ball. And obviously, the rings speak for themselves, but like I said I’m going to bring it every time.”

Booker was drafted in 2015 by the Suns who were rebuilding. And at that time, Klay Thompson had just captured his first-ever NBA championship with the Warriors a season prior. So it makes sense for a guy like Booker to look up to him while also playing the same position.

Fast forward now to 2022, both teams are at the top of the western conference and Devin Booker is one of the elite players in the sport. Looking at who he is as a player now, Booker says that he and Thompson play different styles.

“You know I admire his game but we’re two different players and we play a different brand of basketball and a different type of basketball. So if anybody is trying to do any type of comparison there’s nothing there.”

With Booker as the primary defender, Thompson shot 0-4 including 0-3 from three-point range in yesterday’s defeat to the Suns according to ESPN stats and info.

With Thompson scoring 2 points and shooting 1-8 and 0-5 from three, it was understandable why Thompson look be upset during the game. And Booker took note of that after the game as well.

“I think he was having a tough night I think everything plays into that. His frustration you know I’ve been there before and you know what they have, they have the four rings so they’re going to use that in all the trash talk. Rightfully so.”

The Suns are looking to be in a similar position to where the Warriors were last year by the end of the season. Now as they sit at 3-1, they still have a lot of work to do with New Orleans next on the schedule for their second of a six-game homestand.