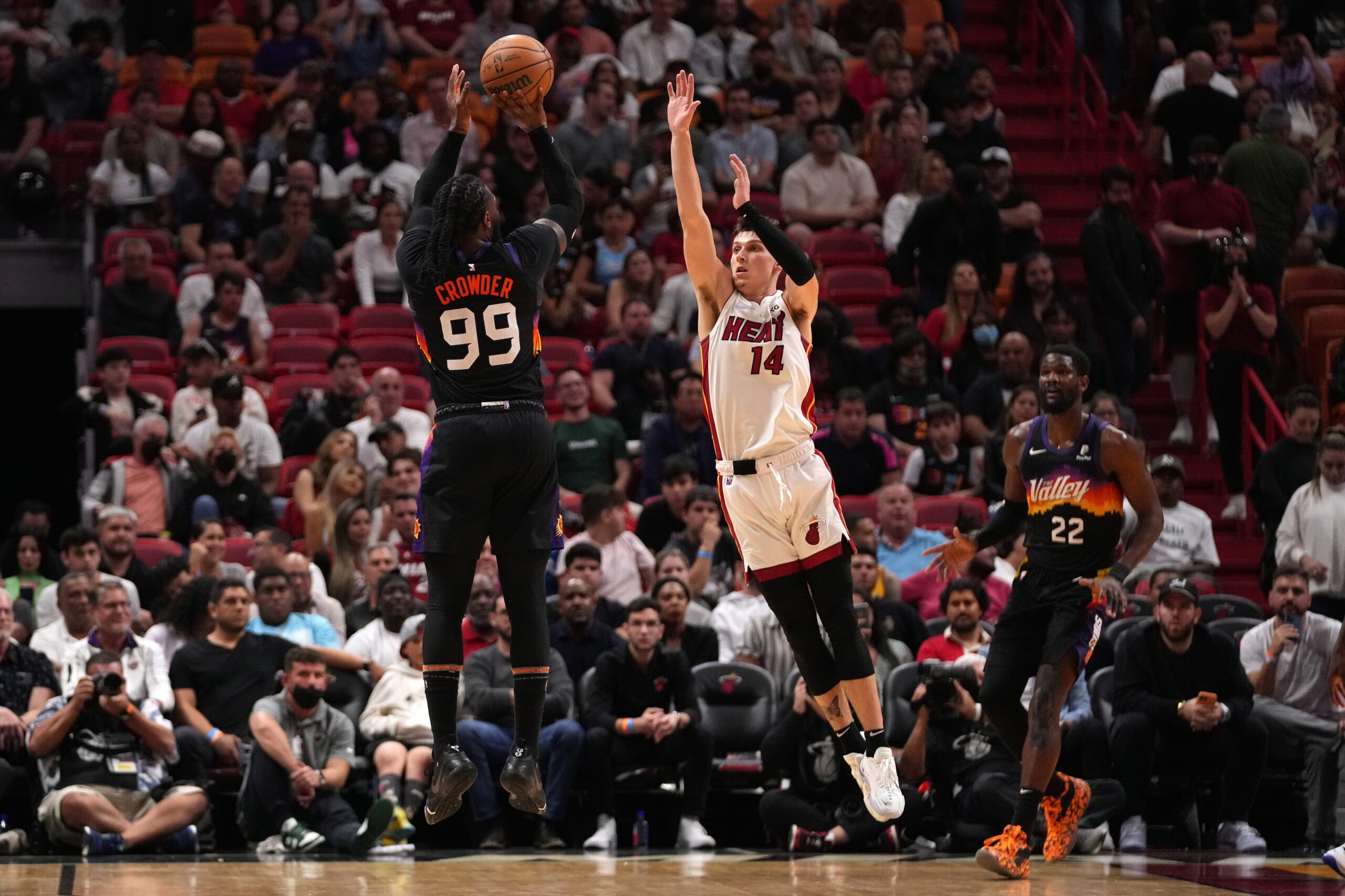 Though the Phoenix Suns are making great headway at the start of the season, they’re still working behind the scenes on a trade for Jae Crowder.

It was long reported that Crowder had interest in returning to his former Miami Heat squad.

Per Heavy.com’s Sean Deveney, the Suns rejected a trade from the Heat that would’ve sent three-point specialist Duncan Robinson to Phoenix.

“They’ve tried to see what’s there for Duncan Robinson but there really is not much of a market unless you get a team willing to play him for a year and try to flip his contract next summer,” an Eastern Conference stated to Deveney. “They tried with Phoenix for Jae Crowder, but Phoenix did not want Robinson.”

On the surface, the Suns’ rejection of the offer is a bit befuddling. Bench depth and scoring from the reserves has been an issue for Phoenix. Given that Crowder won’t be suiting up for the Suns, his skillset isn’t lost on Phoenix.

Meanwhile, Robinson could provide immediate shooting for a deprived bench for Phoenix. Robinson finds himself in a similar role with Miami, as his playing time has diminished greatly.

The Suns are reportedly in talks with the Milwaukee Bucks as well, though no deal appears concrete at the moment.