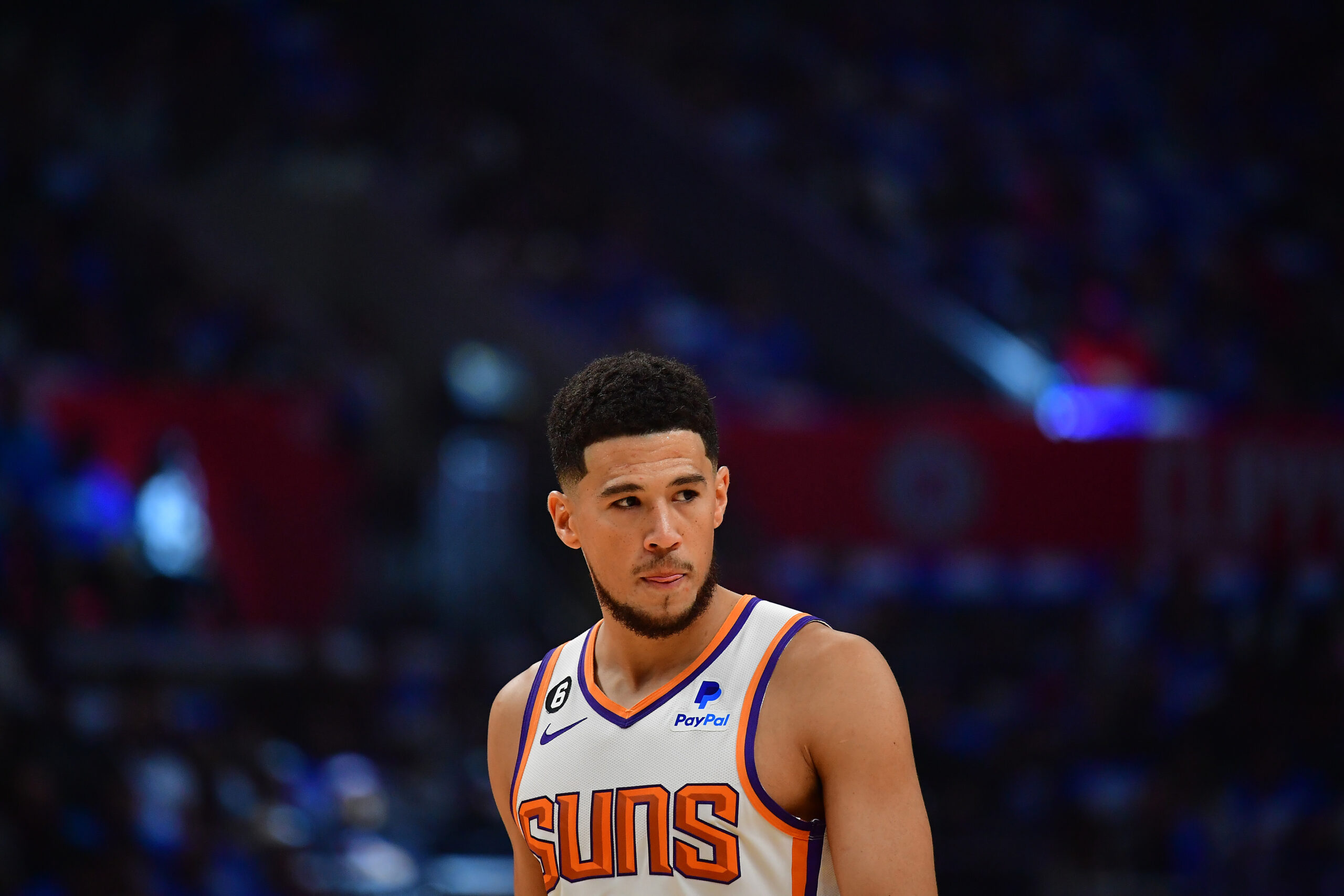 After a 35-point performance on Sunday night, Devin Booker broke a Suns franchise record.  The three-time All-Star now has the most points scored through the first three games in Suns history with 96.

Booker is off to a scorching hot start to the season. In his eighth year, he is showing no signs of regression and is shooting an outstanding .529% from the 3-point line. This performance has led Phoenix to a 2-1 record, bouncing back after a sort of alarming preseason.

The stats Booker has produced to begin the year have grabbed attention all around the NBA world.

Devin Booker through the first 3 games of the season:

However, SF Kawhi Leonard wants everyone to know that this type of game is nothing new. Leonard gave his two senses on the Suns’ PG after falling to Phoenix 112-95.

“Nah, he’s been doing this for a while.”

Kawhi Leonard on Devin Booker becoming a tougher opponent to defend: "Nah, he's been doing this for a while." pic.twitter.com/mJCTQvlNfl

If Devin Booker can maintain this effort throughout the rest of the year, he has the chance to come away with his first NBA MVP award.

Devin Booker has not played a second of bad basketball yet this season.

As great as he was last season, he’s even better now.