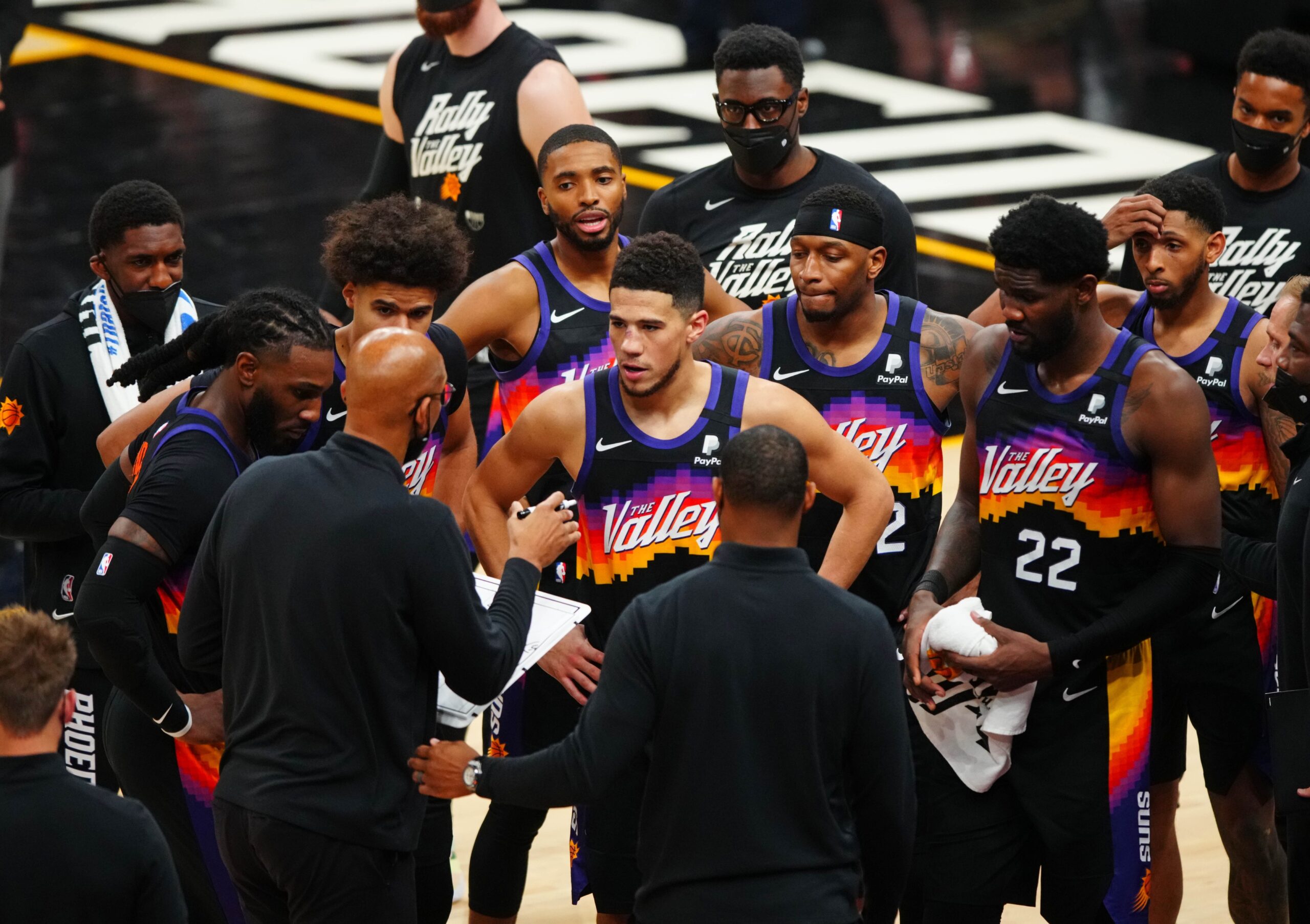 Training camp can be a long and grueling task for competitive athletes. From the weight room, to drills, to constantly competing against the same players and getting the same looks day in and day out, to all the questions you got to answer about opening day. It can become real repetitive for players that have to go through that in the beginning of the season.

Now that the Suns are just days closer to being back in live action on the hardwood floor, the team is looking forward to competing against somebody else for a change instead of constantly going against the same personal everyday.

“We’ve been very competitive, we’re beating up on each other a little too much but we’re ready and that’s a great group of guys you want to bring into battle with,” says Suns center Deandre Ayton.

Head coach Monty Williams see’s the urgency in the team as well to get out on the floor and play another team that’s not their own.

“This camp has been really good for us because we’ve played a lot. And we played so much that our guys are just chomping at the bits to play somebody else. And I think that brings another level of emotions of are we ready? Absolutely, we’re ready.”

The Suns are bringing back a lot of the same core over the last two seasons in hopes to get back to the NBA finals for the second time in three seasons. They’ll get a first crack at it by playing the Dallas Mavericks on Wednesday a team that knocked them out of the playoffs last year in the second round of what many saw as an upset.

Revenge Game? Devin Booker is Looking At Opening Night As Just Another Game Against The Mavericks

As much as the Suns want to get that bad taste out of their mouth from a season ago, Williams is looking more at a straightforward perspective while being realistic at the same time.

“You got to acknowledge that there is an emotional component to it… but that’s just not who I am and who we are”, say Williams. “I’m sure we’ll try to keep it in perspective but you know there is an emotional level to this game but I think once you start playing the game, then the game becomes a world unto itself and then it becomes ok let’s just win this game.”

With opening night right around the corner, the Suns are looking to get on the court as soon as possible to get those competitive jitters out the system and into rhythm for regular season play.