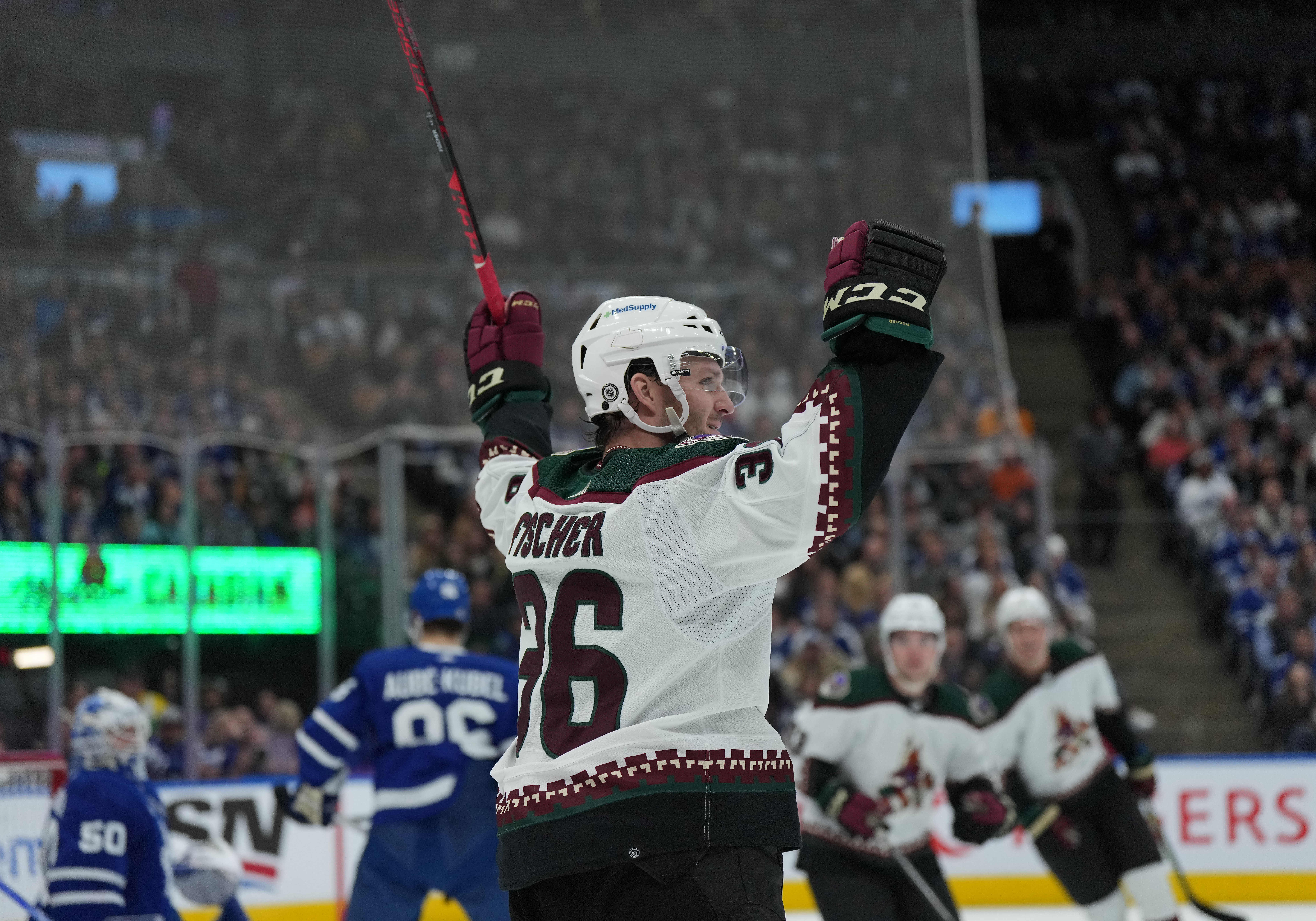 The Arizona Coyotes visited Toronto last night to take on the Maple Leafs. Coyotes win the game 4-2, keeping two streaks alive for the franchise. Since 2002 the Coyotes have scored at least one goal in every game in Toronto as well as not losing in regulation during that stretch.

It has been more than 20 years since the Maple Leafs have beaten the Coyotes at home in regulation. That is absolutely outrageous

After being locked at 0-0 for most of the first period. Finally with 25 seconds left in it, Nick Ritchie scores the first goal of the game. That is is third goal of the season, all three being assisted by Shayne Gostisbehere.

This is the first time this season the Yotes jump out and get an early lead. The first two games were spent playing from behind. Arizona came out in the second period playing faster and more relaxed having a lead.

Christian Fischer about eight minutes into the second period scored the second goal for the Coyotes giving them a 2-0 lead. The goal was assisted by Nick Bjugstad and gave the Yotes even more momentum.

Drama in the Third Period

After holding a 2-0 lead for most of the third period, the Maple leafs score with about seven minutes left in the game. William Nylander scored his third goal of the season cutting Coyotes lead in half 2-1.

Less than a minute later, around thirty seconds of game time to be exact, the game was tied on an unassisted goal from Mitchell Marner.

The game would go into the final two minutes of regulation tied 2-2.

With 1:33 left in regulation, Shayne Gostisbehere put the Coyotes on top 3-2 sending Arizona’s bench into a frenzy.

A minute later with 37 second left, Toronto appeared to tie the game up 3-3. However, after video review, it was determined that there was a “miss-game stoppage” by Toronto for a glove hand pass being directed to a teammate. Goal did not count.

With 10 seconds left in the game, the Maple Leafs try to attack leaving an empty net. In which Lawson Crouse took advantage scoring a goal from around center ice after stealing a pass. That goal put the nail in the coffin giving Arizona a 4-2 lead and their first win of the season.