Arizona Coyotes Looked to Break Even 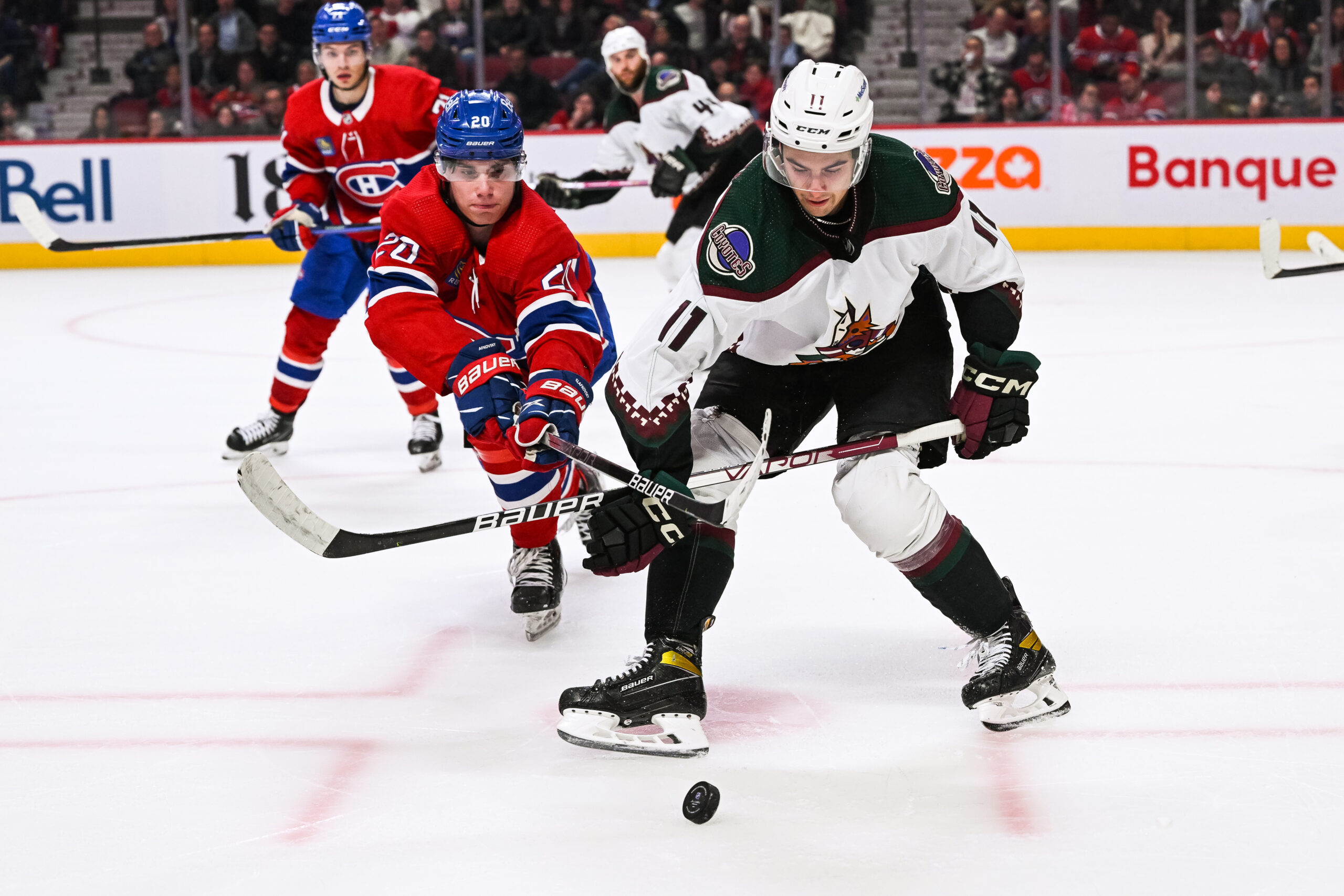 The Arizona Coyotes look to win two in a row and get their record to .500 Thursday night in Montreal taking on the Canadiens. Arizona coming into the game 1-2 on the season, Montreal Canadiens are 2-2 thus far.

The Coyotes came out in the first period of Thursday nights game flat, giving up three scores in the first 8 minutes of play time. Josh Anderson scoring less than 2 minutes into the game with Cole Caufield and Brenden Gallagher scoring not too long after.

This is the second time already in 2022 that Arizona has given up 3+ goals in the first period alone. In this league you will not win games getting down by that much, that early.

It puts the rest of the game at a disadvantage that is nearly improbable to come back from. The defense needs to be more aggressive out of the gate, forcing opponents into to playing on their heels.

After being down three goals coming into the second period, the Coyotes failed to mount any kind of comeback. By the end of the period, the deficit had reached 5-0 in favor of the Canadiens.

Juraj Slafkovsky and Nick Suzuki were the two Montreal players to add in those two runs in the second period.

Even though they made a small run in the third period, scoring two goals of their own. The damage as they say had already be done.

The 5-0 lead surmounted by the Canadiens were too much for Arizona to get back into the game in any competitive manner.

J.J. Moser and Travis Boyd did however, put up two goals in the third period to bring the game to 5-2 at the time. A number over bettors were thankful for.

After one more goal in garbage time from Montreal, they won the game with a final of 6-2. Bringing their record to 3-2 on the season and giving the Coyotes their third loss in four games.