Cardinals Vs. Eagles Predictions and Odds 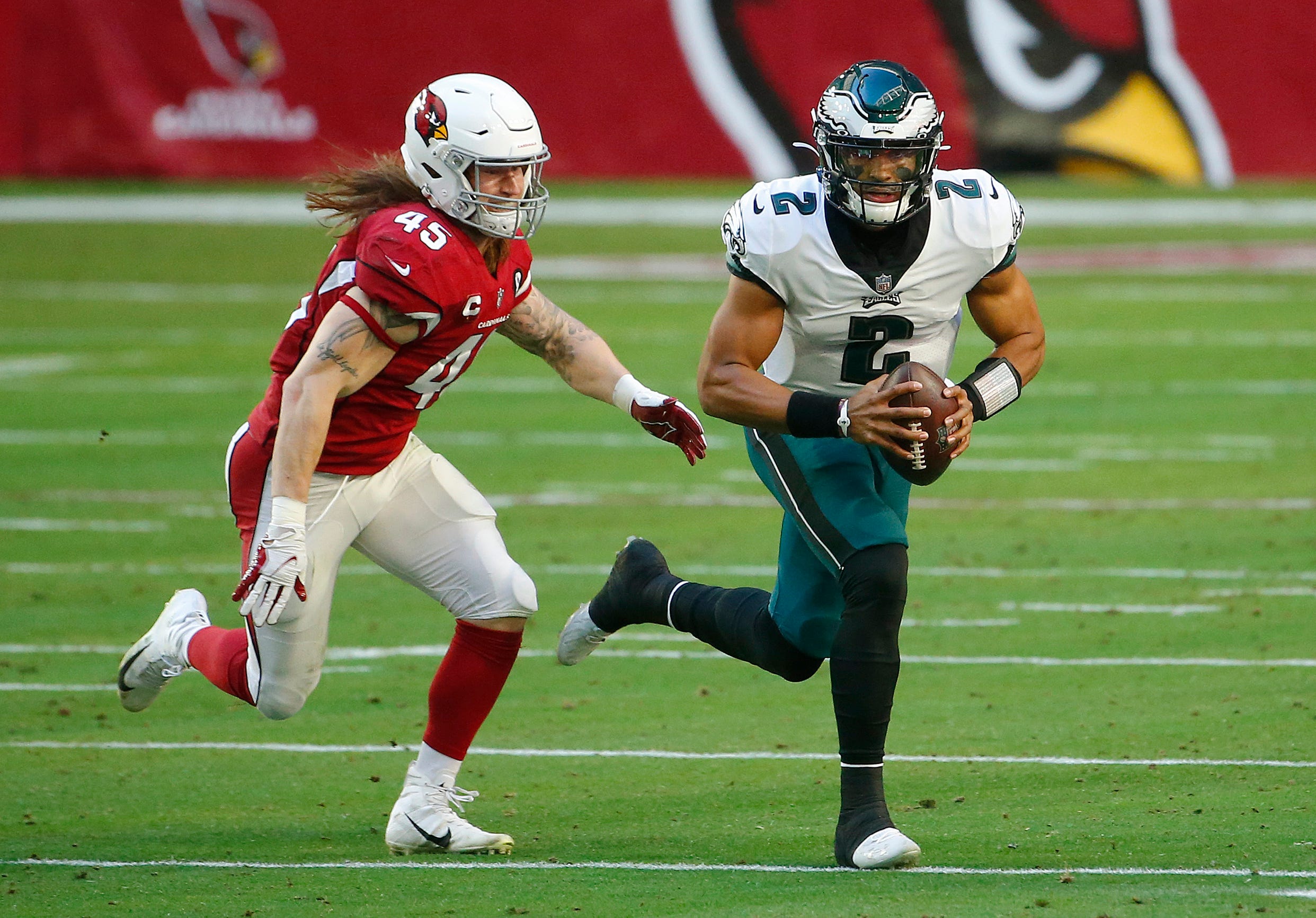 Jalen Hurts (2) scrambles from Cardinals' Dennis Gardeck (45) during the first half at State Farm Stadium in Glendale, Ariz. on Dec. 20, 2020. Cardinals Vs Eagles

The Cardinals are back at home for a Week Five matchup against the undefeated Philadelphia Eagles. State Farm Stadium has been a tough place to win at for the Cardinals over the past year. Arizona has now lost 7 straight home games after a loss to the Rams a couple weekends ago. They will now look to break this streak against the hottest team in the NFL.

Both teams will be dealing with a handful of injuries as this NFL season has not been kind to the players thus far.

Oddly enough, kickers will be at a premium in this game. On the Eagles’ sideline, Jake Elliot has been ruled out due to a right ankle injury. On the other hand, the Cardinals’ kicker, Matt Prater, will be unavailable because of an ongoing hip injury.

With the absence of kickers, it will be interesting to see if the two teams will be more aggressive in the redzone when it comes to 4th down situations.

Below is the final injury report:

Jalen Hurts has built an unstoppable Eagles offense. In just his third year in the NFL, the 24-year-old quarterback is averaging 280 yards per game along with an average of 50 yards from the ground.

Jalen’s ability to escape the pocket and take off will be a key focus for the Cardinals’ offense. Hurts leads all quarterbacks by a large margin in rushing attempts, making the Eagles 5th in the NFL for rushing yards per game.

The Cardinals, on the other hand, have not seen the same success on the ground. Arizona is currently right in the middle of the pack when it comes to rushing (16th in NFL). However, in Week Four, it was obvious that Kliff Kingsbury was attempting to change this trend. For the first time this year, the Cardinals ran the ball more times than they threw it. This helped them finally establish a groove on offense and ultimately led to a victory over the Panthers.

A main concern for the Cardinals will be their offensive line. Already, C Rodney Hudson has been announced as out, along with G Max Garcia. Additionally, Justin Pugh and D.J. Humphries are listed as questionable. Four offensive linemen on the injured list is not a recipe for success in the running game.

Considering the number of injuries Arizona is up against, it will be extremely difficult for the Cardinals to walk away with a win.