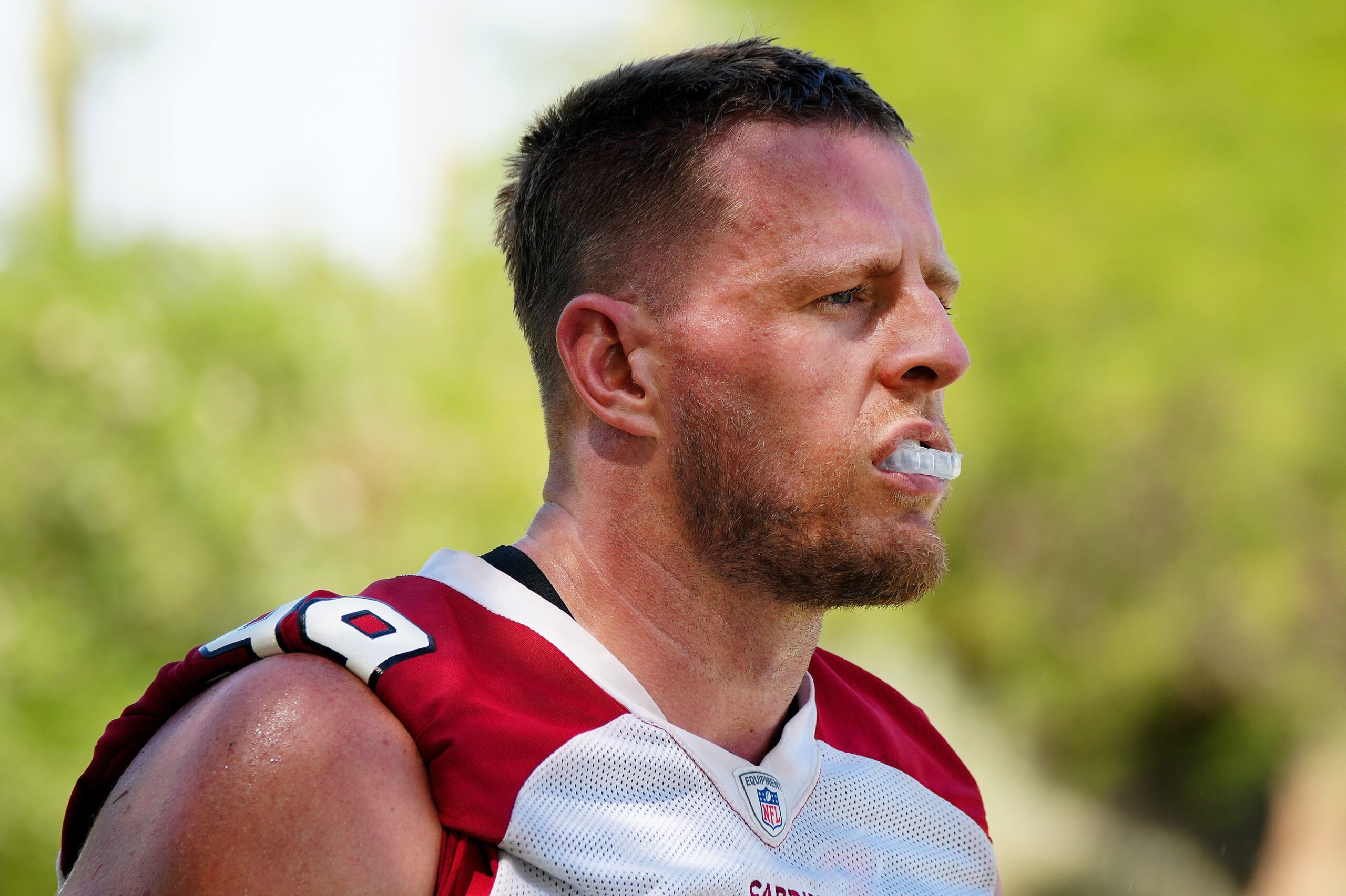 There was a heavy amount of worry for Arizona Cardinals defensive end J.J. Watt coming into Sunday. Watt stated on Twitter that he had to have his “heart shocked back into rhythm” ahead of Sunday. Even so, the 33-year-old was prepared to aid in the Cardinals’ victory.

He was available during a post-game conference, where he gave an inspiring talk about his heart scare.

“For months we’ve been looking at ultrasounds of our baby boy and they are all extremely happy,” said Watt on Sunday. “Then on Thursday, we were looking at an ultrasound of my heart. It was very tough.”

Watt is expecting his first child, a boy, as he announced in July. The former Houston Texan was out of action through the first few games of the season due to a nagging calf injury, but has since spearheaded a reignited defense.

JJ Watt: ” I went into A-Fib on Wednesday, had my heart shocked back into rhythm on Thursday”

Watt kept a low profile with his heart issue. He stated after Sunday’s game that his family and team staff were among the few that knew of his situation. Even so, the Wisconsin standout appeared emotional while speaking on his health scare, and rightfully so.

Still, Watt was able to muster up three tackles against the Carolina Panthers on Sunday, one of which was a solo. The highlight of the defense may have come from defensive tackle Zach Allen, however. Allen spoke highly of Watt after Arizona’s victory.

“There’s a reason why he’s our leader,” stated Allen.

For any player in any capacity, a heart scare would see him out of competition. The Cards are thankful surely on Watt’s commitment in leading the defense with his veteran presence.

Arizona improved to 2-2 during Week 4. With much still to be improved on, the Cardinals will take the second-half dominant victory. Arizona will face a tougher opponent in the Philadelphia Eagles in Week 5. Philly remains undefeated with a 4-0 record thus far.